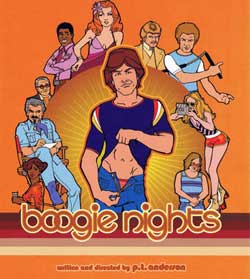 The story of a young man’s adventures in the Californian p*rnography industry of the 1970s and 1980s.

If you weren’t lucky enough to grow up in the 70’s (and watch the transition into the 80’s), then you can still rely on a few films to indulge in an appropriate reflection of the times. One of the great films to focus on “one” aspect, namely the adult film industry, was a movie by writer/director Paul Thomas Anderson that captures this essence perfectly. Now regarded as a cult film for its dark comedic tones and retro fitted premise, “Boogie Nights” is the perfect cast of characters, and acting talents that really hit the nail on the head. It’s a roller coaster ride that matches the industry at the times when it was trying to become more authentic in the film world while eventually having to battle up against the cheaper and quicker low cost introduction of VHS tapes. Like the great music of our times, this was an industry that established a definitive roster of adult film stars that were as much as celebrities to its audience than ever. 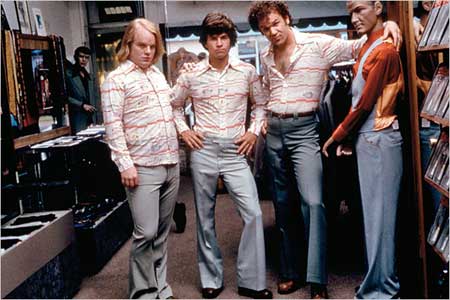 This movie focuses on a fictional group that rose from simple adult films into a memorable catalog of titles that put them at the top of their industry. Burt Reynolds rose to the occasion in one of his best roles yet, playing the fictional director filmmaker Jack Horner. Jack had an eye for new talent (already running a successful franchise of adult film releases). The story follows a young boy by the name of Eddie Adams who is brought under Horner’s wing and made a p*rn industry superstar. As Eddie puts it, everyone is known for one special thing which in this case happens to be a 13″ slong that serves Adams quite well. He is brought into this abstract adult film family joining Julianne Moore as Amber Waves and Heather Graham as Rollergirl. 2 already known actors under the Horner franchise, they quickly welcome Eddie as the latest newcomer talent on board. 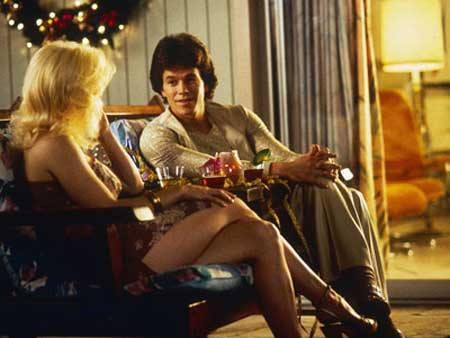 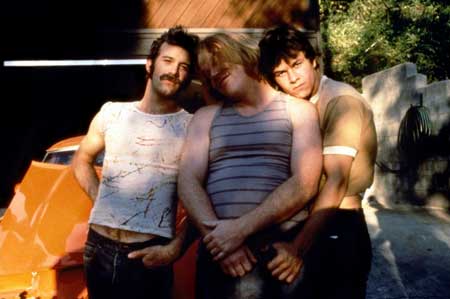 While the content is primarily rooted towards p*rn and drug use, it’s not as hardcore as you “might” think (suggested but not actually shown). The realities of the industry, the excess partying and the rise and fall for various players is very much a part of “Boogie Nights“, but I found myself laughing more than being affected by the drama. It’s the absurdities that really make this work. For one, you need to get familiar with a few names that transpire. Eddie Adams changes his name to “Dirk Diggler”, who later plays a character named “Brock Landers”. Reed Rothchild, his best friend, signs on to be the sidekick “Chest Rockwell” (original name unknown). Of course you also learn that Maggie (Julianne Moore) is “Amber Waves” and Brandy becomes “Rollergirl”…. but it’s all a part of the industry nuances that you grow very accustomed to. 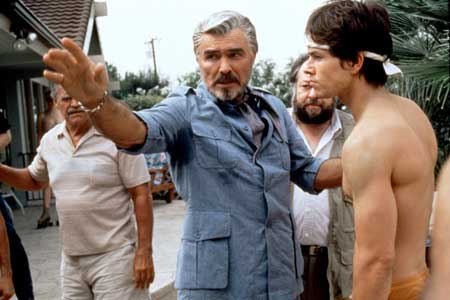 Comedy uproots in the strangest of circumstances, For instance “Little Bill” can’t attend a party get together without finding his wife (aka Nina Hartley) having sex with one of the attendees (sometimes in public exhibition style). Scotty grows a man crush over Dirk while never having a second thought about how ridiculous his “too small for size” clothes tend to appear. And then of course Reed Rothchild’s constant act of trying to measure up to whatever Dirk has to say. 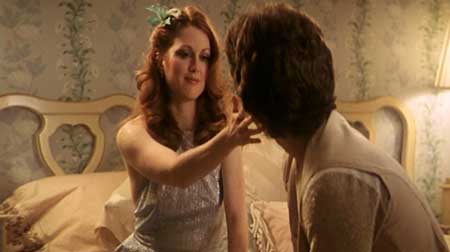 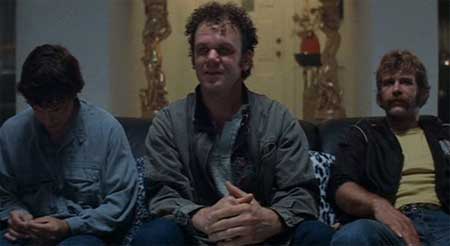 The film works so well because we are always in motion with every character bringing a different flavor to the mix. The film, announces (per date titles) as it progresses thru the late 70’s and into the 80’s. It also signals a downfall for the industry and the way they are doing things. In one hilarious segment Dirk and Reed breakaway to try their hand at the music industry, of which they enter a recording studio and ad lib a bunch of demo songs. They proceed to hit rock bottom… but find their ways back over the course of the films events. 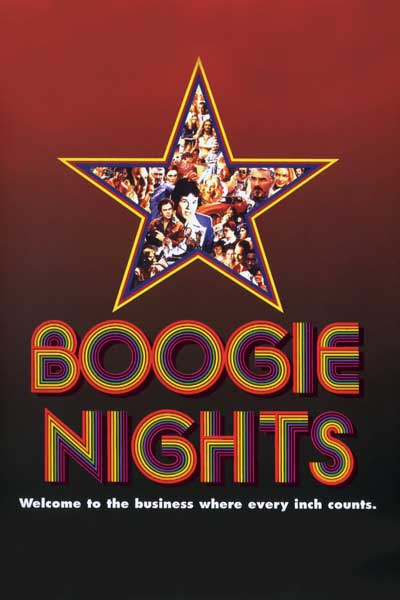 The movie might also interest a few viewers who want to see actresses Julianne Moore and Heather Graham (full frontal) in a rare nude movie appearance. Dirk offers up a finale that reveals his fictitious “manhood” (noted as using a prop for this scene) bringing the film full circle. It’s a marvelous piece of work that deserves to be seen by adult viewers who want a mix of dark comedy mixed in. There has never been a film quite like this one and with it ranking in at over 2 hours and 35 minutes, you really can’t go wrong. A true iconic cult-regarded film to come out of the 1997 releases that was met with a smattering of positive reviews. Racy but very cohesive as an all around cool experience.