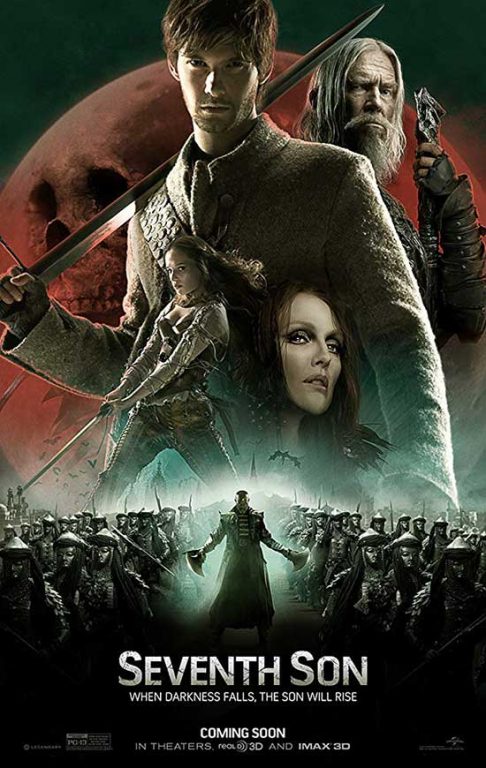 When Mother Malkin, the queen of evil witches, escapes the pit she was imprisoned in by professional monster hunter Spook decades ago and kills his apprentice, he recruits young Tom, the seventh son of the seventh son, to help him.

Master Gregory is an old hunter of the supernatural. With the title: Spook, he spends his life trying to stop the forces of evil. Becoming old has slowed him down, but when evil witch Mother Malkin escapes her decades long imprisonment, Gregory realizes that he needs to stop her. In order to do this, he needs an apprentice. Specifically, the seventh son of a seventh son.

After a quick brawl in a bar, Master Gregory (Jeff Bridges) and his current apprentice William Bradley (Kit Harrington) go to see a possessed girl. When Mother Malkin (Julianne Moore) shows herself to the two Spooks, showing some familiarity with Gregory, the two try their best to kill her. While almost succeeding, she is able to escape, killing William in her escape. It is then that we are introduced to Tom Ward (Ben Barnes), a young farmer who has visions, and who happens to the titular seventh son. Master Gregory seeks him out and takes him on as his new apprentice.

Seventh Son is one of the most fun movies I have ever seen. The visuals are well done for a high fantasy movie and the action scenes were for the most part well done, but it was the characters that made this movie what it was.  Both Jeff Bridges and Julianne Moore act so over the top that it felt like there was little choice except to be entertained. Jeff Bridges chose to use an odd accent for his role, but somehow it worked well for his role. The design of the villains is good, and Julianne Moore is very effective as the antagonist. One of my favorite scenes is when Mother Malkin calls for reinforcements where we meet the four-armed swordsman Virahadra (Zahf Paroo), shapeshifter Sarikin (Kandyse McClure) and witch Radu (Djimon Honsou). These characters had a rather minor role over all, but there was such focus on presentation that this ended up being one of the most memorable scenes in the movie.

Most of the action in Seventh Son is well choreographed and is able to keep the movie interesting for a time. A battle with a witch named Urag (Jason Scott Lee), who can turn into a bear, used the movie’s lore to full advantage during the fight. There is also an invasion of a city in which the previously mentioned villains get to show off. Unfortunately, much of the excitement tapers off near the end. The final battle in particular is rather disappointing. While much of the film is touting how dangerous the antagonists are, most are killed off ignominiously to allow the good guys to win. It wasn’t that I expected the enemy to win, I just expected a bit more of a fight. The most annoying scene is when two characters confront each other and we find out that the good one has magical powers. It looks like an important revelation as well as an exciting fight, but it ends in a matter of seconds.

It’s a good thing that the characters and action can keep this movie afloat, because the story is as clichéd as it could possibly be. We have the chosen one. We have the training montage. We have the hidden parentage. We have the not so evil villain. This movie could be predicted down to a T within the first five minutes. There are also some inconsistencies in regards to the lore that the movie tries to explain. Within a short span, we learn that all witches are evil, except he learns of a good witch. He then immediately tries to kill a witch that Tom says is good, because all witches are evil. It feels as though this movie would have been better as multiple films rather than just one. It tries to stuff a whole lot of lore within an hour and a half, but fails to keep it interesting. The isn’t bad, it just isn’t good either. 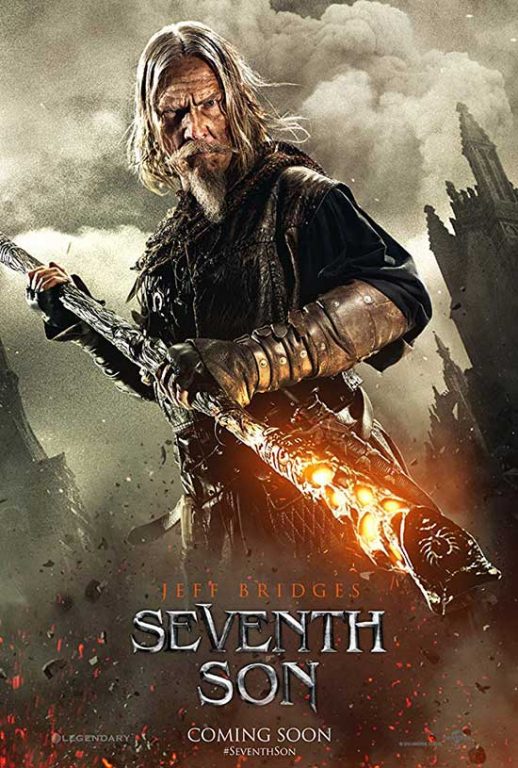 Seventh Son is not a particularly good movie, but it is an amazingly fun watch. As long as one can ignore the story, this is a great one to watch on a rainy day. This movie gets my full recommendation.