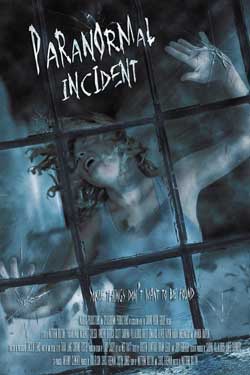 The infamous Odenbrook Sanitarium closed after a mass suicide occurred within its walls. Sixty years later, six college students armed with cameras and recording equipment venture into the asylum to prove the existence of the paranormal. Thrills turn into nightmares as members of the group go missing without a sound, cell phones mysteriously vanish, corridors turn into mazes, walls appear where doors once stood, flashlights fail and something or someone begins toying with the group. Days later, when five of the six friends turn up missing, the lone survivor must go through the recovered footage in order to clear his name and find out what happened to his friends.

You don’t need me to tell you that there has been “way” too many films sporting the “paranormal” call-out in its title these last few years. Obviously it is a play on “those” keywords from the film “Paranormal Activity“, but never really good enough to stand in the same playing field. “Paranormal Incident”, like its influences is shot in the “found footage” style based on evidence left behind after a young survivor is hospitalized. 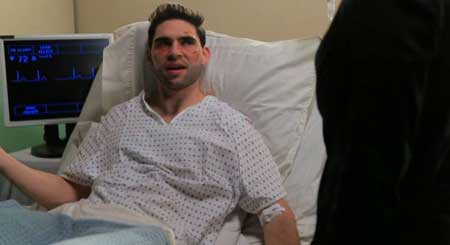 Now let’s stop and reflect for a moment………..
Yep, it’s the same “theme” as over a dozen films that have arrived since 2011

To get you into the groove here, a small band of students decide to group up in the interest of passing a course and making the investigation their school project. The location is a closed down Sanitarium by the name of “Odenbrook” that was in operation from 1921 to 1949. The location housed and treated mentally ill patients but was shut down after a mass suicide. 6 students and friends head out to film their stay while documenting their findings (go figure!). The group includes Dan, John, Tess, Blake, Brennen, and Samantha. Tess and John are the techie geeks of the group while Brandon is the resident stud who brings along his air-headed girlfriend Blake (more to their annoyance). The rest of the group are pretty level headed students rounding off the cookie cutter paranormal team. 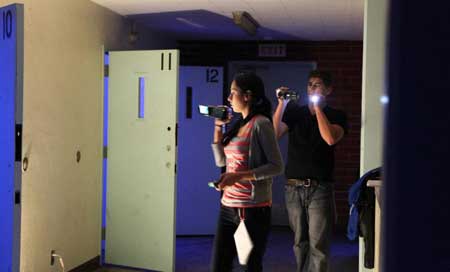 We open our film on John (Oliver Rayon) who has been hospitalized after surviving a tragic incident at “Odenbrook”. With John being the only survivor of the group, he is under suspicion for the deaths of the rest. His case worker is Rebecca who conducts an interview while they watch the recorded footage from the event that occurred only 4 days earlier.. 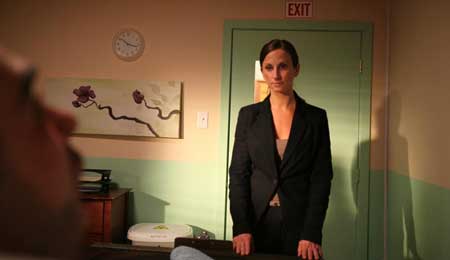 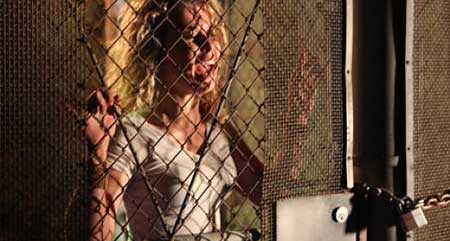 John explains as much from recollection that he can summon, though it’s the footage that really tells the story here. And even with the theme of a supernatural horror thriller at hand, there is a brief moment of unrealized love interest occurring in the story. The 6 set out to capture any paranormal evidence they can find in this old distressed building. John and Tess have planned to “prank” the group the first night, but fail to when things “really” begin to start happening. John does however lock the 5 students in for the night in this old building which only includes 1 way in and out. John has lost has memory of what transpired which is played back thru the found footage. 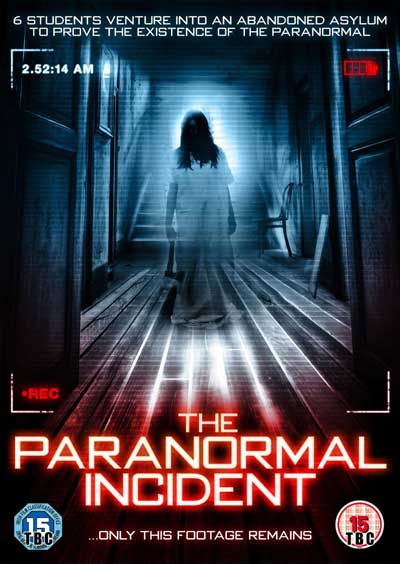 As a horror piece, most of the film is disappointing. We are geared up for some scary reveals that are either hinted at or obscured by too much shaky cam motion. So while they try and create an atmosphere, nothing really transpires much “within” it. I suppose this MO follows the “TV series action” more than a “movie action” standpoint. The group is quick to jump at each other’s throats as they discover that they are trapped until John can let them out in the morning. A few EVP’s are caught but most is just the reactions of the group to a creepy environment. While the film does get a bit more involved with on screen characters flying off into the distance, it never amounts to the kind of film like “Grave Encounters” ended up being. With that said, I will give it points for a decent ending that leaves holes but is better than what I “thought” they would end with. Two questions? What is “237” and why can’t you tell us more? (oh I get it – use my imagination…hmm) 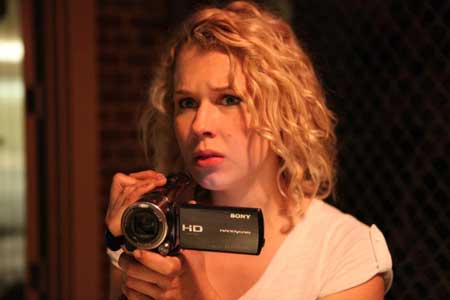 This independent film is directed by debut director Matthew Bolton who has spent some time on other “Asylum Entertainment” style films in different capacities. I won’t say this is one your gonna lump into your top 10 “found footage” films, though it has a few things going for it that “might” (I say that with caution) be worth a one-off viewing. One interesting fun fact on this one is that it was “reported” with a $3,100,000 budget. No way, I wouldn’t even guess a quarter of that was spent in getting this picture shot (but it sure sounds impressive) 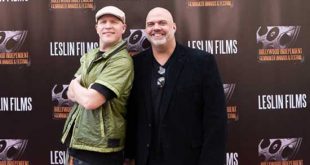