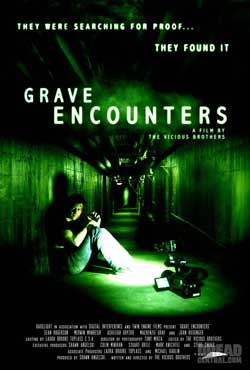 Lance Preston and the crew of “Grave Encounters”, a ghost-hunting reality television show, are shooting an episode inside the abandoned Collingwood Psychiatric Hospital, where unexplained phenomena has been reported for years. All in the name of good television, they voluntarily lock themselves inside the building for the night and begin a paranormal investigation, capturing everything on camera. They quickly realize that the building is more than just haunted – it is alive – and it has no intention of ever letting them leave. They find themselves lost in a labyrinth maze of endless hallways and corridors, terrorized by the ghosts of the former patients. They soon begin to question their own sanity, slipping deeper and deeper into the depths of madness, ultimately discovering the truth behind the hospital’s dark past…and taping what turns out to be their final episode.

With so many ghost and paranormal shows filling up the circuits, it was bound to be sooner than later that someone created a horror film based “around” the filming of an “episode. “Grave Encounters” begins in this vein led by the film’s producer coming on to introduce the episode. As we are brought up to speed, his team of ghost hunters ( lead by Lance Preston) are in the midst of creating a TV series much like what we are used to on other channels produced today. They investigate haunted places, strange occurrences, and paranormal rumors under the direction of a  new series called ” Grave Encounters”. Lance’s presentation mirrors the presentations of  popular TV shows such as: Ghost Adventures by giving each segment a boost of sensationalism. In fact, there is a small degree of opening humor that flashes thru the unedited footage poking fun at the way on screen guests are promptedto provide varying degrees of interesting content. Seeing that I’m a fan of Ghost Adventures, I found this kind of filming to be right up my alley.

Editors Note:
There seems to be a alot of activity centered on the phrase, “Is Grave Encounters Real??” Which to my amusement means that SOME of you believe this film to be true. Sorry to disappoint you but  it’s fiction, it’s special FX, and it’s simply another horror production. None of these found footage films are real and shouldn’t be regarded as true occurances . They exist to purely entertain and provide scares on a more realistic feeling level.

Watch the Trailer for ‘Grave Encounters” 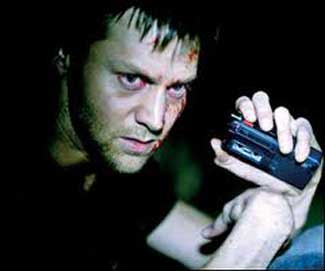 It was up till episode 6 that all was going well for this team. As standard “modus operandi”, the team is locked inside a new haunt (explained as a filler asylum for the excess coming off the Danvers hospital). This building was used to house the ill during the Tuberculosis outbreak.

Grave Encounters is indeed a cinema verite style production. The crew carries their cameras, not only to document their findings, but to simply see their way thru the dark hallways.

Though imagine if Rod Sterling stepped in for a minute and announced that you have passed over into hell. This is what makes Grave Encounters so harrowing from a visual point of view. A seemingly endless array of hospital hallways that seem to go on forever. The film team jokes about and carries on which in effect awakens the spirits within. The directors of this film (who go simply by the moniker of  The Vicious Brothers) seem to be well attuned to what kinds of things scare us. Not only dark things, as most of these kind of films delve into…. but the unknown that exists within the darkness. 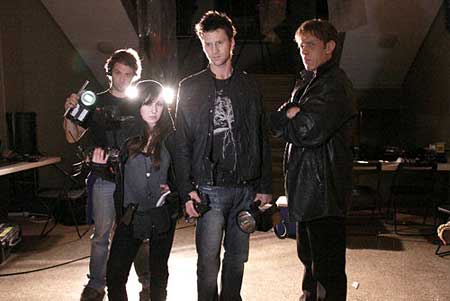 Our focal subjects are beginning to awaken to the idea that maybe something just isn’t right. This confidence that oozed from the start quickly begins to quickly fade when confronted with the threat of  real spirits. On camera Sasha experiences a paranormal event involving her hair being pulled, Matt goes missing, and T.C is accosted by the sound of slamming doors. If this were the brunt of the film, it probably wouldn’t be enough to shake viewers. However, in the film’s journey arrives a certain brilliance that comes with playing on our fears and then materializing on those very fears. Every second builds a new tension that is harder to shake. 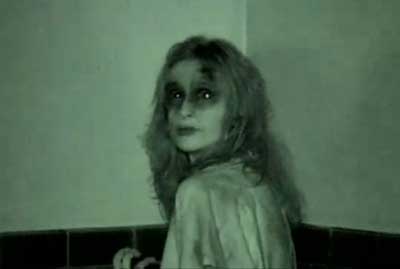 As a watcher, I was jarred by the transformation of not only being a viewer, but feeling like the experience had seeped into my own personal POV. It wouldn’t be right to disclose all the details, and even if i did, I’m guessing that they wouldn’t time with the places that they occur. Grave Encounters is indeed an adventure that begs for a pleasant resolve. That resolve is stripped away and replaced with more fear inducing moments. Lance Preston, the coolest of the bunch, soon gives way to madness as he watches his team fall apart. His team is consumed by the darkness that exists within this building taking the typical TV experiences we are used to and promoted to scaring the hell out of you. 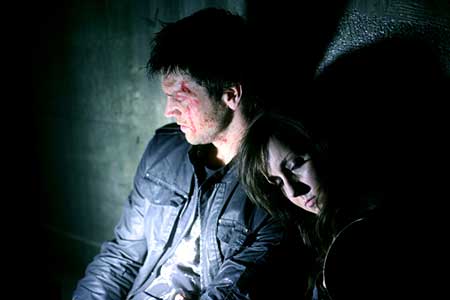 For a first time out of the gate product, Grave Encounters succeeds. The vicious brothers have excelled by raising the bar on the typical camcorder experience and giving us something darker. Timing here is everything with the team of “Twin Engine Films” managing to play on our fears and then serving it back in a horrific way. Sean Rogerson , Sean Rogerson, Ashleigh Gryzko, Mackenzie Gray and Merwin Mondesir play off of each others paranoia transforming into a vicious mind screw of an adventure. There is a great use of props, sound and ambience used to help in the film’s level of effectiveness.  I’m calling Grave Adventures a fantastic experience of horror and hostility that will chill you to the bone.