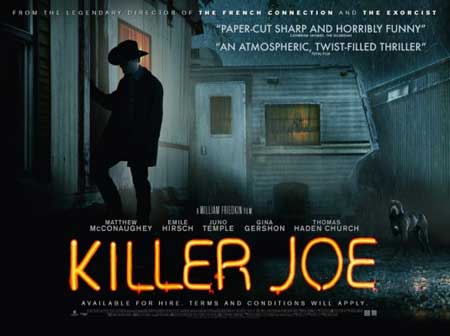 “A totally twisted deep-fried Texas redneck trailer park murder story.”Synopsis: When an inopportune debt presents itself to one Chris Smith he brainstorms on ideas to come up with some considerable cash, fast. Seeing as it was his mother that created this predicament he obtains the services of Joe Cooper, professional hit man for hire. Will his mother’s insurance policy be enough to redeem his arrangements with his debtors or will something entirely more diabolical present itself at an unspeakable cost?

if I had to describe Killer Joe in one solitary word, without doubt that word would be disturbing. It took a couple days for this film to resonate and to fully wash over the psyche. It’s an effective adaptation from Tracy Letts’ original play and the director was a solid choice is conveying such a gritty tale about greed, desperation and impoverished trailer park living. As it’s labeled as a dark comedy, Killer Joe clearly isn’t for everyone yet there is some undeniable intense drama that will likely remain a conversational piece among critics and avid film fans alike for years to come. 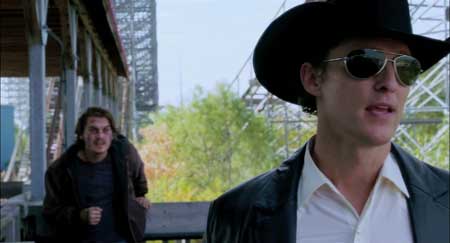 Who could forget the controversial demonic possession of a young Linda Blair in the Exorcist illustrated by Friedkin? That production was almost forty years ago and it still has been topic of heated discussion. 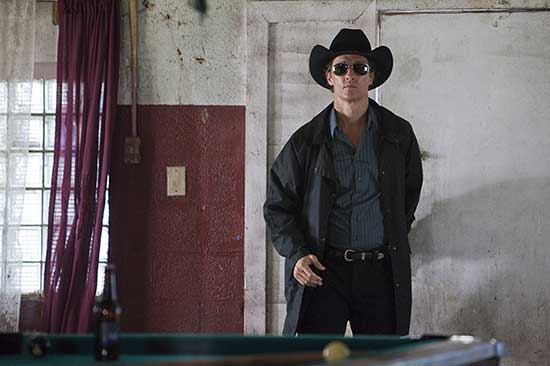 Without engaging in any plot spoilers, it’s suffice to say the director captures some equally unsettling footage that will shock, in some cases revolt and baffle the audience. It’s rumored each of the cast had the intensity turned up a notch by getting only a maximum of two takes to deliver their scenes. The acting is incredible and captivating as a result, alluring the viewer deeper and deeper into a tale of compulsion and desperation. 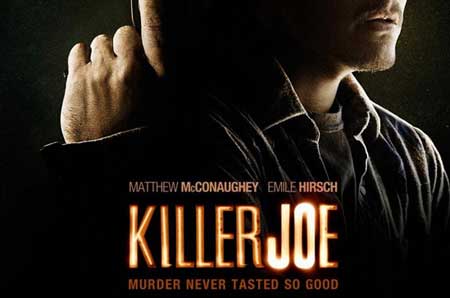 The cinematography depicts the darkness and despair of lower class living in rural Texas. Heightened suggestion of the subconscious embarks upon an unsettling roller coaster ride as we watch facial close ups of Joe Cooper (McConaughey) in all his glorious depravity. Expressions of innocence on Dottie Smith (Juno Temple) are rendered flawlessly as we cannot help but pity the girl’s oblivion. Perhaps saving grace from the disturbing spectacles is the occasional laugh presented from Ansel Smith (Thomas Haden Church) who breaks up the tension at a most welcome moment in his clueless observations and half wit dialogue.

Friedkin does a bang up job of surging the audience full of adrenaline fuelled unease then knows artistic timing and integrity enough to ease up ever so slightly to let the audience’s guard down once again in preparation for the next sensory onslaught. It tweaks upon the darkest recesses of our minds His tendency to splash emotional intensity onto the silver screen is the stuff of legend and we’re certainly far from disappointed in an unbelievable performance by Gina Gershon in the role of Sharla Smith and of course McConaughey playing Joe. 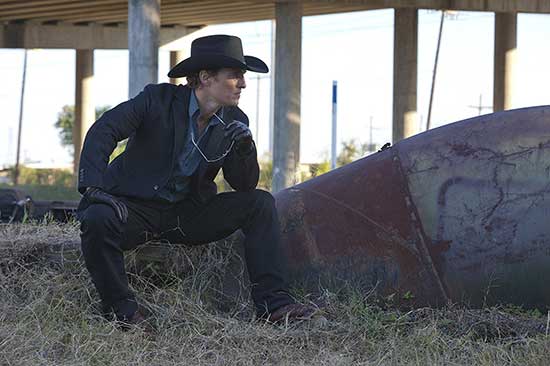 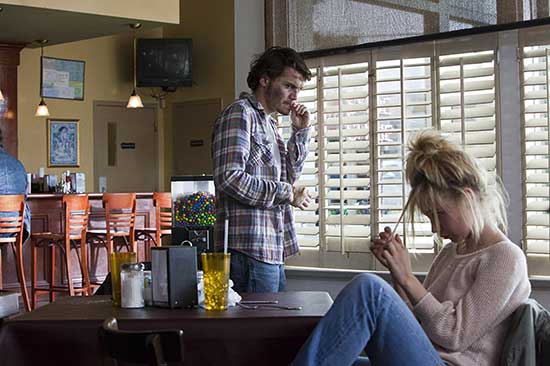 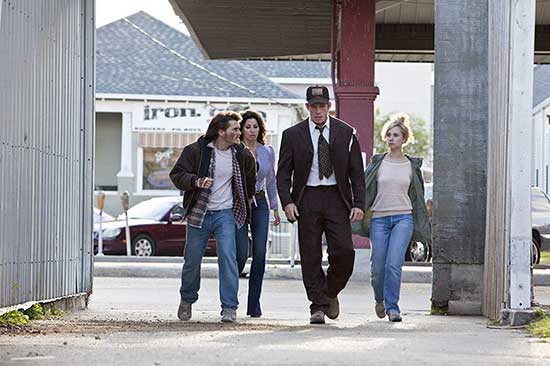 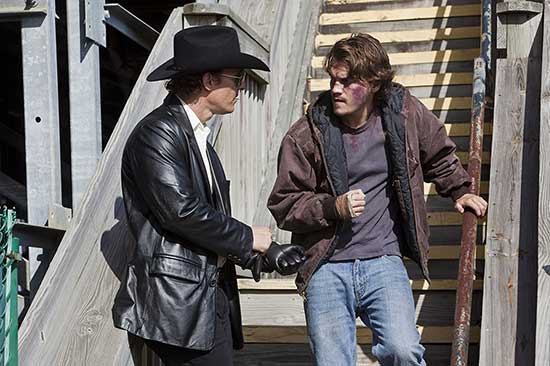 Some of the most memorable footage transpires in the final act or last twenty minutes or so. You’ll likely find yourself questioning if this really just happened? It’s not really any wonder why the MPAA designated an NC-17 rating for extreme violence and sexuality. 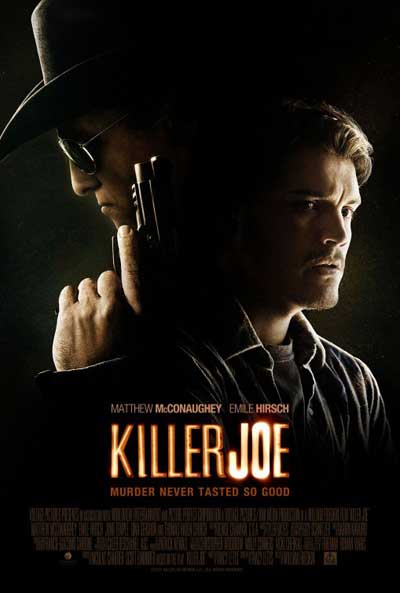 In a society that is ordinarily desensitized from action and horror imagery I’m hard pressed to find anyone that won’t cringe at least once from the excessive brutality that unfolds. Make up and special effects transformed Chris (Emile Hirsch) into a virtual pulp. The sound effects, rapid camera cuts and stellar performances contribute to a powerful dark cinematic experience that you won’t easily forget.

Killer Joe is now available on bluray per Lionsgate entertainment

Four out of five tombstones.