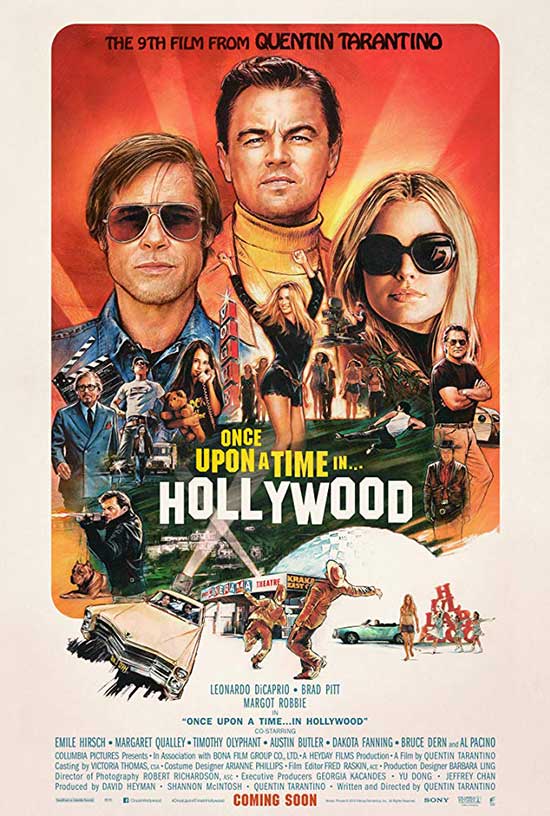 I’ve always said that great movies are identified by the journey’s they take you on and the pay off in the end. “Once Upon a Time … in Hollywood“, Director/ Writer extraordinaire Quentin Tarantino’s 9th film is exactly that. Tarantino, not being noted for creating short films, has delivered yet another instant cult style masterpiece spanning 2 hours and 41 minutes.

Without knowing the run time, I could easily feel it as I shifted in my seat to keep my ass awake. Though while it could be easily argued that this film was a slow grind (of which it was), it also keep things alive with interesting dialog, comedic moments, and a script that is rich in direction and flow. And yes, if you are wondering thru all of this, is their a purpose? There is indeed. 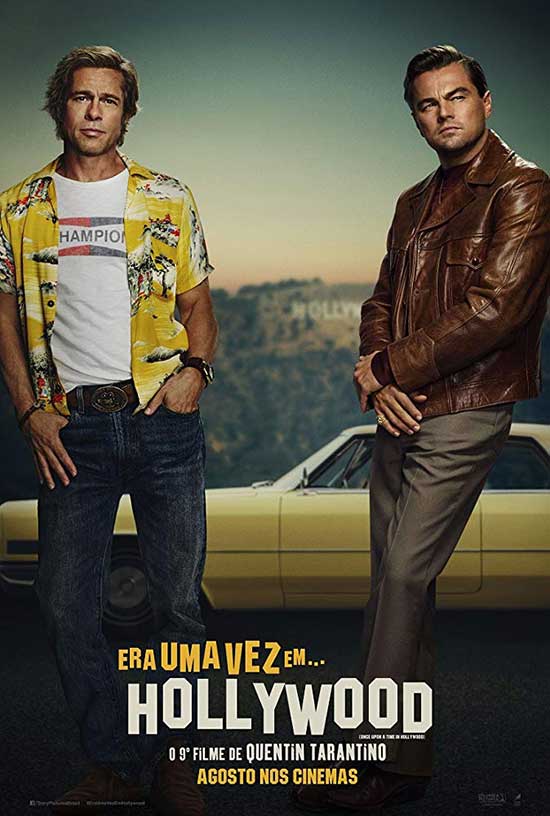 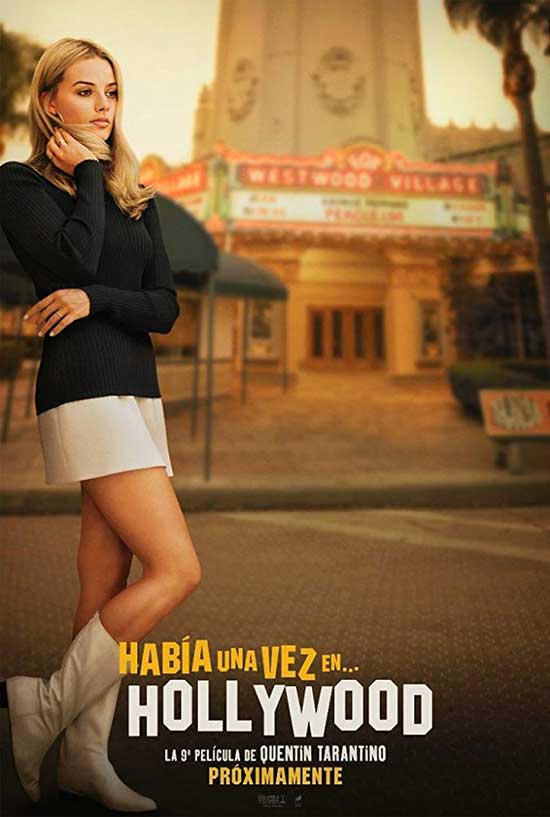 Digging in, the movie is set in Los Angeles during the 1969 era where as you might remember is a famous year for the Tate murders conducted by members of the Charlie Manson gang. The times were indeed different which is perfectly presented on screen with richly detailed set designs, clothing, structural adjustments, vehicles, and locations. This film being on the most part, an homage to the events and “feelings” of that year. Combined with the obvious usage of old school camera equipment and film processing, the movie is indeed one of the closer, if not closest, era-set pieces of that decade. The 70’s were just around the corner with the 60’s still deep into the hippy, protester-opinioned people of that generation taking stands and moving thru life with drugs, communes, and gatherings.

Now if you are a comic book fan like me, then you will know what I mean when I say the movie took an approach that reminded me of the Marvel “What if” comic book runs. Without giving away the details of what that means, I can say that viewers should expect a strong, visceral 3rd act that delivers on the whole intent. 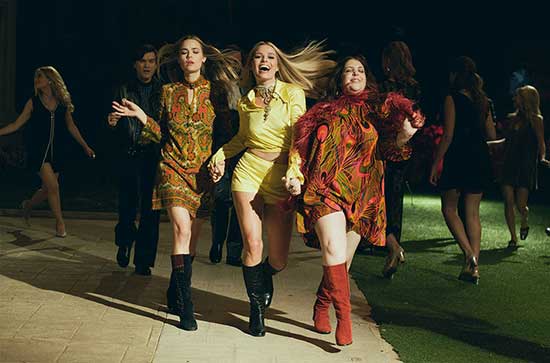 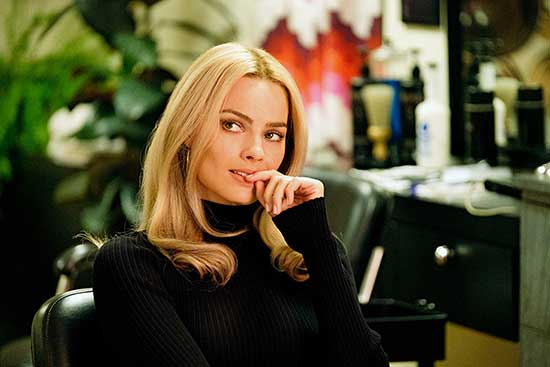 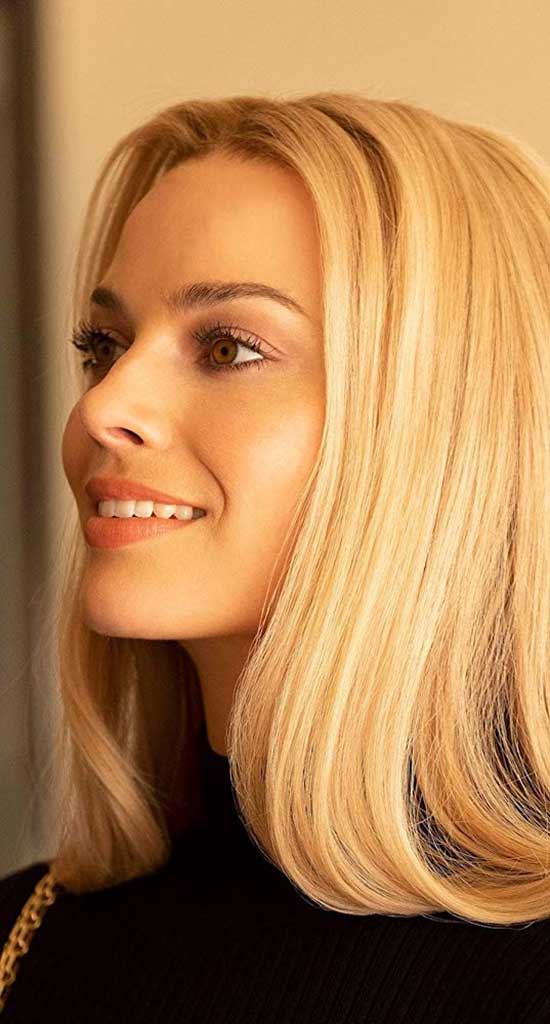 Getting to intent, we have the prime purpose of the story which centers on struggling actor Rick Dalton (Leonardo DiCaprio) and his best friend stunt man Cliff Booth (Brad Pitt). For the record they are both fictional characters in the film and not based on former real actors. Though despite them being fictional, they are cleverly incorporated into the story with actors playing real actors of that era.

Rick is the star of western TV show “Bounty Law”, who is worried that his career is fleeting and on its way out. He confides in Cliff as his right hand man who supports him every step of the way including being a stunt double for his most dangerous scenes, a personal servant, a shoulder to cry on and a full time driver (due to Rick not being able to drive). Cliff takes on jobs as they come to him, but primarily is supported by Rick’s efforts and funding. The 2 of them move from set to set like a duo on a mission. In Rick’s case, his handful of appearances seem to be supported by those who take interest in seeing him moving into more movie roles. Al Pacino as Marvin Schwarz is one such person as his acting agent who lines him up with Spaghetti Western Italian films. 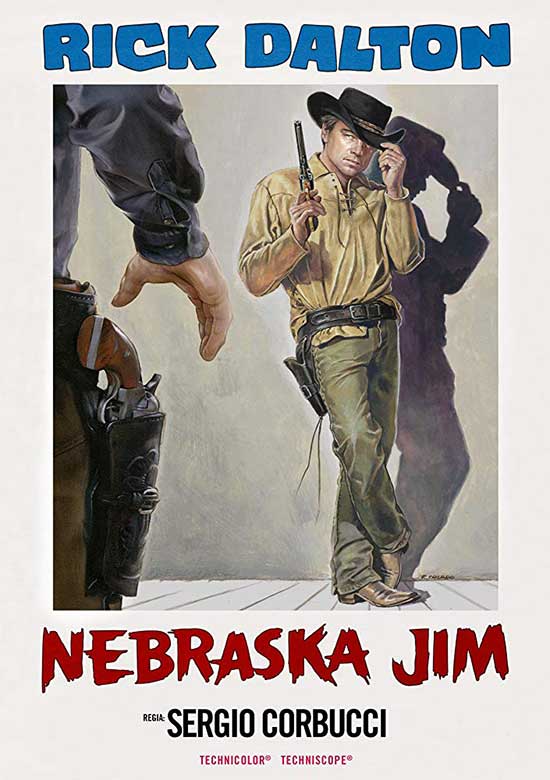 One of the more comical scenes has Cliff actually challenging the current “Green Hornet” actor Bruce Lee to a brief confrontation match. Other comical moments are woven throughout the movie due to the 2 of them reacting to situations such as Rick’s use of a flamethrower.

Now getting to the subplot here, we indeed see a brief appearance from character Charlie Manson (as the film centers on the lives of his group and Sharon Tate (Margot Robbie)). On one hand we have Sharon and her husband director Roman Polanski frequenting trendy parties, racing around the hills of Hollywood, and appearing to be living the charmed life. On the other, as a contrast, we meet Charlie’s impoverished family now residing/squatting at the famed Spahn Ranch which primarily consists of a group of underage hippy girls who follow Charlie’s every direction. 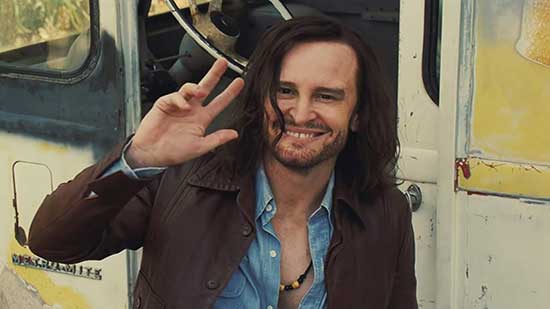 The film cleverly intertwines Cliff and Rick’s characters into this whole documented story. The method and approach of which it’s done provides the film’s more dark humorous moments. Knowing some of the facts from that year, Tarantino takes liberties to reenact what he thinks some of the characters might be doing during this time, such as Tate attending a local showing of a film she stars in and the characters lifestyles. “Once Upon a Time … in Hollywood” makes use of famous actors during that time played and portrayed by a collective ensemble of Tarantino frequenters. The film contains several smaller cameo roles from this bunch thus keeping the viewing experience rich.

It was very apparent to me during the film, Tarantino made heavy use and mention to classic old westerns and films on those times (even going as far as to cite off titles probably less known to the general non-movie-philes) and the directors involved. Other classic were seen easily through the set designs which often had actors passing by old movie theaters, posters, and typical grind house runs of those times.

In short, it was an enjoyable experience for me as such is the case with all of Quentin Tarantino’s releases. Would I call it my favorite? probably not, but still don’t let that deter you from adding this movie’s experience to your collection. The run time here was a droll at times, which probably could have benefited from a few cuts to lessen the load. Though with that said, it is still an easy call as a masterpiece much in the same way you might feel about cult movies such as 1997’s Boogie Nights, which additionally tackles that period 60-70s’ era.

Now with completion of his 9th film, Tarantino has done it again providing a piece of important cinema that otherwise would have never existed. Coming up on his 10th, it’s hard to imagine a world without more of his films after the fact, though home viewing will keep that active for decades to come.