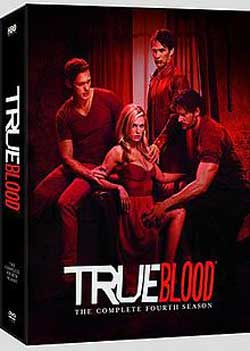 Yunno True Blood fans have to be dedicated ones, as each season patiently awaits the next with several months to follow. By the time the next season rolls around, you have most likely completely forgotten where the series left off and what the characters are up to. Despite all the wait and forgetfulness…it’s still a damn exciting series to anticipate. This last season (season 4) was no exception with plenty of new twists, action and plot changes. The season brought in 12 exciting episodes premiering on June 26 of 2011. As reports state the season was loosely based on the “The Southern Vampire Mysteries” series, “Dead to the World”, the 4th novel. The show picks up 12 1/2 months after Season 3 and features many of the past characters from last. 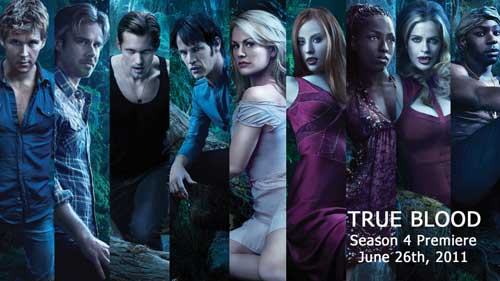 So where does that bring us? first off, we get treated to another excellent bluray set per HBO Films which like its last set is quite a treat and well packaged to say the least. Plenty of extras here and goodies to fill in the gaps between seasons. 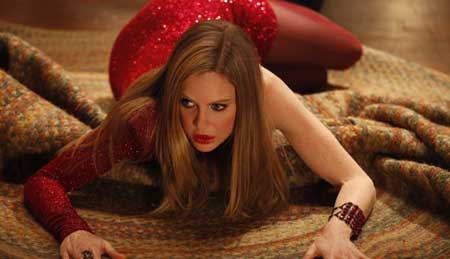 In story, Sookie is indeed a fairy as we have learned and has been gone from Bon Temps for over a year. This twist is an accelerated timelapse that sweeps by on earth while only feeling like a day to Sookie. Alot has transpired with Eric and Andy trying to clean up the vampire image on a political front. Eric has also managed to buy Sookie’s house in further efforts of trying to gain her for himself. Jason is now a full fledged cop while Andy deals with a “V” addiction.

Jessica has grown tired of the relationship scene as her own urges have become much more heightened. She also further persues her interest in Jason (Hoyt’s best friend). This of course causes an expected conflict. 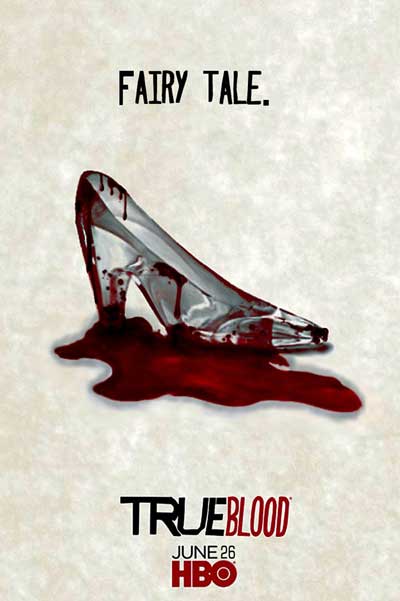 Though the biggest plot change this round deals with the all-powerful Marna who is determined to end the vampire race while increasing her own sense of power within the world.

Bill while still holding on to a need for Sookie has moved forward now as the “King of Louisiana” (and after the long period of time she’s been missing). This gives Eric a reason to move forward with his desires turning “this” seaosn into an interesting …”let’s flip for Sookie” kind-of-season. Sookie also seems to a have a certian intrest in wereolf Alcide…or vice versa. In all its fair to say, the girl gets around and seems to be at the center of everyone’s attention. Part of this though in all fairness is due to her “fairy” blood. However she does throw down once or twice each season depending on who she happens to give it up to. 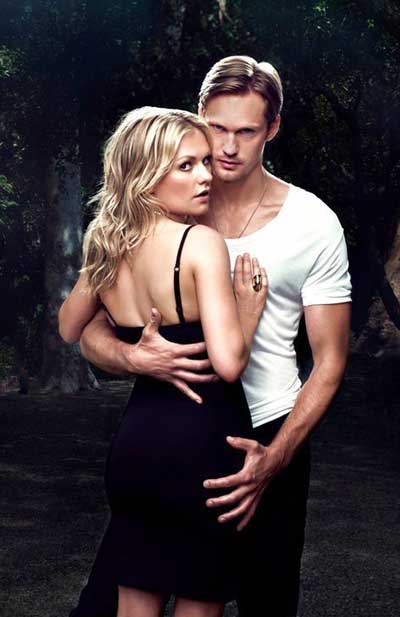 Kara has gone lesbo and turned a cage fighter (go figure??). The change is a drastic one that I didn’t really thought fit within the realm of True Blood. It allows for a certain amount of girl-on-girl moments, but yet seemed way outside her former character….Needless to say it doesn’t last too long.

Jason gets a bit of his own medicine and becomes a bit of a “were panther bitch” as Crystal and clan repeatively seduce him with the intention of making him on of their own, a breeder. 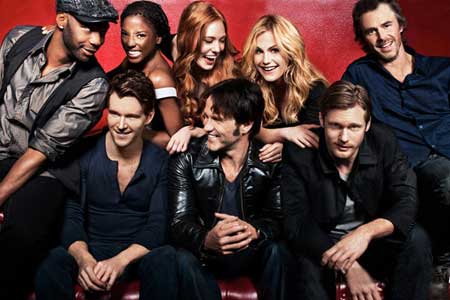 Lafayette and Jesus become more involved in the coven scene with a few trips of voodoo in between. We get to see alot more voodoo magic this round with a few reveals in between. (aka a demon??) 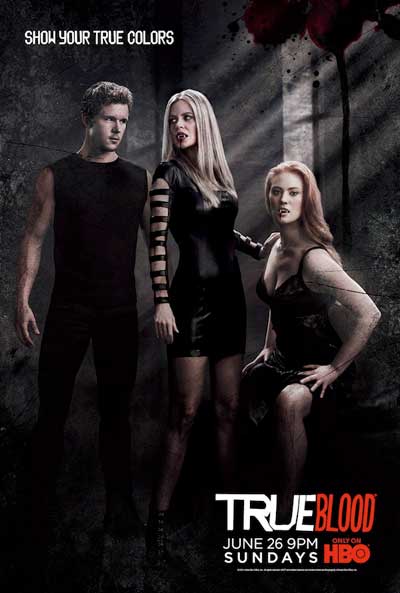 Eric, as a result of Marna’s magic, is removed of his memory changing his character thru most of the season. This new version of him also becomes of interest to Sookie who seems to fall for the now softened Eric. Sookie takes on more of a caretaker role with Eric as he tries to figure out who he really is (or was). Fans will note that the sexual tension that carried over is finally brought to a highpoint between the 2. 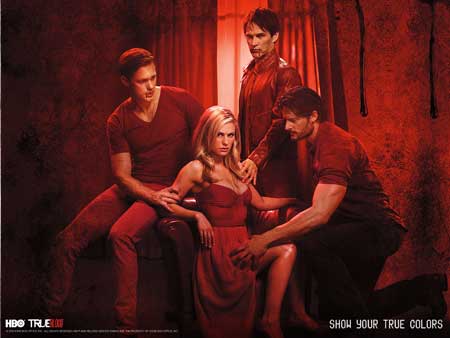 “True Blood Season 4” delivers all the kind of stuff that a True Blood fan would hope for with relationship issues, characters evolving, and the world that is trying to cope with a political league of vampires. We explore more into he aspect and the struggle for power “within” the vampire race. We learn of history, deceit, and where loyalty really lies. Sookie as usual, seems to somehow stay always within the focal regions of a bit of everything. (note maybe should have called the series “Sookie”?) 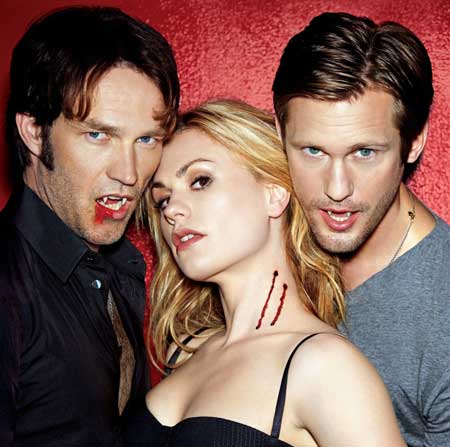 Though the biggest event comes in the war of vampires to witches with plenty of killing, controlling and magic. Marna bands together a small army and proves that witches can have the upper hand over vampires with their spells and mind control powers. Though the vampires are nobody’s bitches and soon retaliate the only ways they know how. Season 4 has some great action moments and interesting takes on the cultural aspects of this far out isolated universe. One of my favorite seasons so far (and the sexiest)…I can only hope that season 5 is that much better.