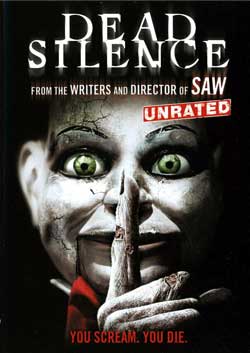 A widower returns to his hometown to search for answers to his wife’s murder, which may be linked to the ghost of a murdered ventriloquist.

The year was 2007, and I remember saying to myself, there just aren’t enough horror films with “talking dummies” featured in them (no pun intended). Of course we can always point back to 1978’s Magic” but “Magic” was rooted in the old school traditions of the Seventies.

James Wan had just completed his successful run of “SAW” and was a hot ticket to watch for. “Dead Silence” was his next project in line which had horror fans intrigued from the get-go. The film “Dead Silence:” debuted and pulled in $7,842,725, opening weekend. Though on a whole, it only grossed $22,217,407 which was just enough to cover the budget of the film. “Dead Silence” received mix reviews mainly due to what I believe is a difference in styling and personal needs. On the whole, at least in my circle, it was received pretty well. 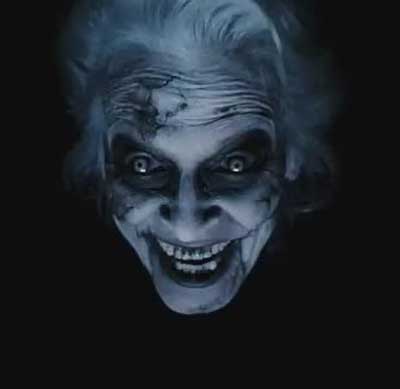 “Dead Silence” makes use of impact scares, stylish editing, and the haunting score talents of Charlie Clouser. In a sense it’s a ghost story AND happens to make use of some scary dolls to its effect.

Welcome in a ventriloquist by the name of Mary Shaw (Judith Roberts). She begins our tale as the focal point of a story from the 1940’s. Shaw was a talented and obsessive ventriloquist who was accused of murder after going mad. A young boy had disappeared and so in an act of reckoning the town hunted her down, severed her tongue and killed her. This tale sets the base for a locale called “Raven’s Fair”. We jump to the present of which “Ravens Fair” has been plagued with strange deaths involving vaudeville dolls. It is rumored that the spirit of Mary Shaw has returned for vengeance on the legacy of those who sent her to her grave.

This little bit on info provides a perfect base for a haunting encounter. One of which will terrorize and inflict terrible supernatural events upon the town. 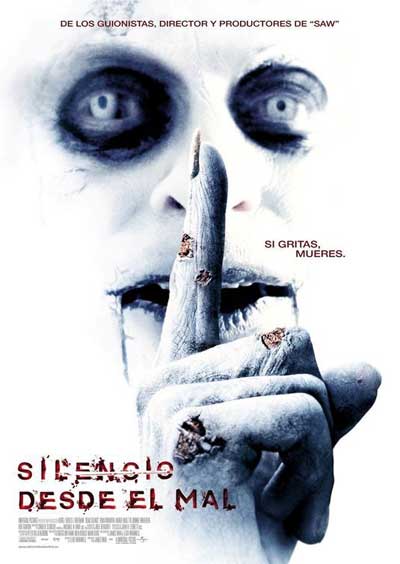 Jamie (Ryan Kwanten) (True Blood’s Jason Stackhouse) and Lisa Ashen, who live far from the tolls of a cursed town didn’t expect the boxed gift that arrived in the mail. As Jamie uncovers one the Raven’s Fair dolls, she is brutally murdered in their apartment. Like others, she is found with her mouth ripped open and tongue severed. Jamie must now confront the legends within the town and take this cursed legacy head on. 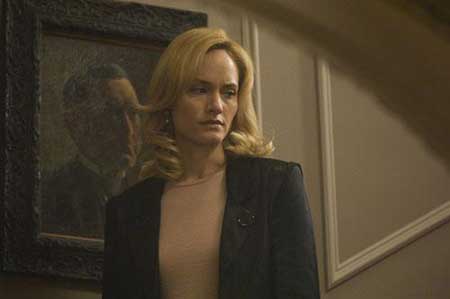 Jamie, being a suspect in Lisa’s murder heads back to his child hood home of Raven’s Fair. Determined to uncover what supernatural foul play has arised, he begins to investigate into the legend of Mary Shaw, her buried dummies” and the sorrid past of the area. He is followed by detective Lipton (Donnie Wahlberg) who is as curious as he is. This leads the both of them to Shaw’s former reside of a theatre locate don Lost Lake. 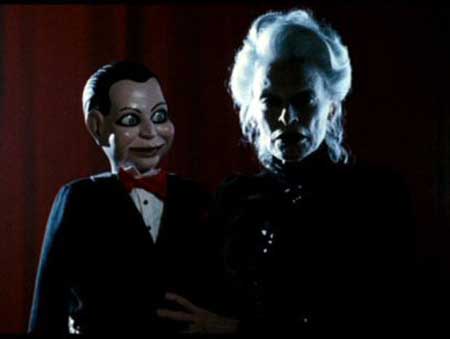 “Dead Silence” presents in what I call the “horror blue tone”. This refers to the color treating used that dulls its reds giving most accent to blues and greens. It became rather popular in cinema inspiring a whole smattering of blue-ish toned productions. One particular technique used on “Dead Silence” is the application of limited masked red regions accenting key elements within the frames. This of course takes some editing savvy but is not the first to apply such treatment. The accent is noticed in elements such as Jamie’s car and a rose he gave to Lisa.

Another high point on the film is the marvelous score by theme wizard Charlie Clouser. He has scored every SAW theme in addition to a few other key favorites. His scores are noted for using a combination of symphony, electronics, and industrial music / noise. 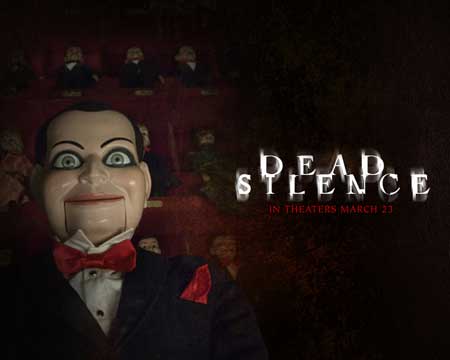 Editing on “Dead Silence” falls firmly with in the kinetics of the times. Each kill scene was frenetically busy marrying itself to sound, and visual dramatics. This style while popular at the time also became a concern among old school traditionalists. This particular point is what I think kept reviewers on the fence. Though for the record…. I freaking loved every second of it. More notably, it really excels the creepiness in moments for adequate jump bursts. The layout of the movie includes clever break always such as live action pulling away into the center of a pupil. Though I was most impressed with the zoom-ins which blend from illustration into live footage. The movie was shot in Ontario, Canada. 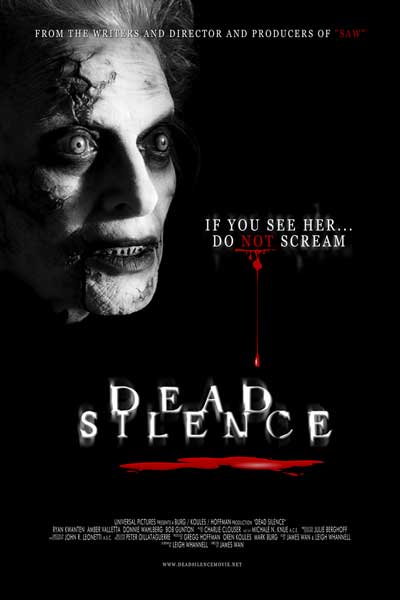 “Dead Silence” is haunting and stylish laying further claims to James Wan’s excellent work. It’s a true poster child for modern horror that while evasive for some, was also an inspiration for others. Take it or leave, “Dead Silence” actually has something to say.