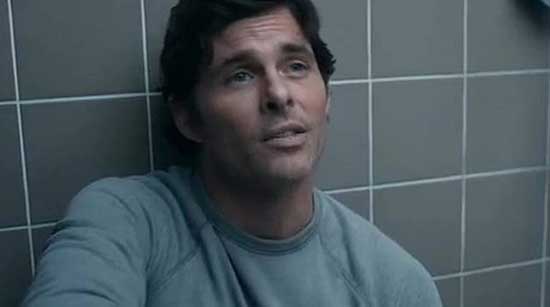 A deadly man-made virus, “Captain Trips”, ravages the world’s population. A number of survivors, immune to the virus, gather in Boulder, Colorado, U.S.A.

After years of production hell and multiple parties involved Stephen Kings The Stand lives again in a new mini-series on CBS All Access. King’s post-apocalyptic thriller follows survivors of a worldwide killing plague known as Captain Tripps, which kills 99 percent of the world’s population. The survivors are brought together into two factions. Half end up in Boulder Colorado lead Abigail Freeman (Whoopi Goldberg) to rebuild society, the other half are lead to Las Vegas under the tyrannical rule of the mysterious and dominating power of Randall Flagg aka The Dark Man aka The Walking Man (Alexander Skarsgård). The two factions are drawn together by destiny in a battle that will decide the final outcome in the war between good and evil. 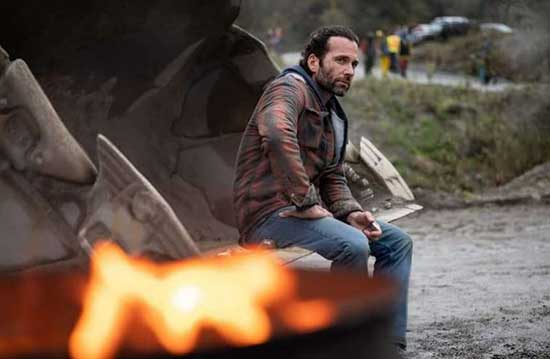 The Stand is an ambitious project, to say the least, given how long it has been in production hell, and the big shoes it had to fill in comparison to the 94 mini-series. In the first episode titled The End, we see that this adaptation is very much its own thing, and that’s not a bad thing by any means. Unlike the novel and 94 mini-series, this version starts in Boulder after Captain Tripps has decimated the planet. We are introduced to our first protagonist, Harold Lauder (Owen Teague) as he joins a cleanup team in the disposal of dead bodies in the surrounding area. We then go back to see Harold in the upcoming days of the plague in his hometown with fellow survivor Frannie Goldsmith (Odessa Young). This seems to be the structure of the show which is very reminiscent of Lost.

This approach is not going to work for everyone but it did for me as I am so familiar with the source material. I would be curious to see how this format works for someone who has never read the book or seen the 94 mini-series. This approach does have its drawbacks though as seen through the storyline following Stu Redman (James Marsden). When we first meet him he is locked in a government hospital under observation. The virus has already begun spreading and Stu is one of the few people immune to its effects. The downside to the flashback approach is when we see just how massive the effects of Captain Tripps are, it just doesn’t hit in the same way. It’s not bad it just feels like a huge plot point was rushed and glossed over. Marsden gives an ok performance, but so far it’s nowhere near the level that Gary Sinise gave in the 94 mini-series. 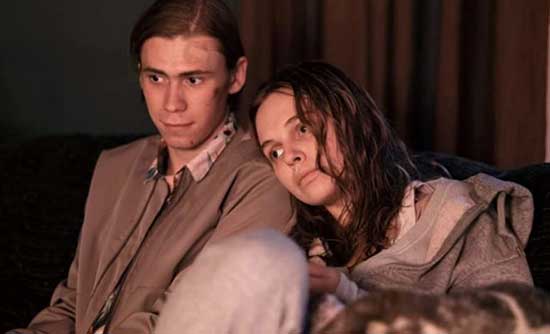 The stand out storyline and performances of this episode are easily Owen Teague and Odessa Young. Harold and Frannie could not be more different in terms of character. Before the plague Frannie from all accounts had a good life, she had a loving father, lots of friends, and was generally well-liked by the community. It is here in France we get the scope of just how horrible this situation is, everything Frannie knows and loves is gone forever, Odessa young really shows the audience just how much pain Frannie is in with just her presence and eyes. The only other survivor with Frannie is Harold Lauder, the creepy little brother of one of her friends. Frannie’s feelings toward Harold  are perfectly  summed by writer Jenn Adams of Consequence of Sound in her Review of The Stand “What if the only other person left alive is someone you can’t stand?” Harold is one of Stephen King’s most interesting characters given that when we meet him in the book he’s one of the few characters were are unsure of which path he will choose, Abigail or Flagg?

Before the plague, Harold was just the creepy kid who writes revenge fantasy manifestos and is relentlessly bullied, both in school and at home. He’s really pathetic but so creepy. Owen Teague really brings this character to life in such a dynamic way always keeping that great balance between creepy and pathetic. Unlike Frannie who is devastated by the state of the world, Harold couldn’t be happier, in the old world he was a nobody now he’s useful. Harold thinks that because Frannie needs him that somehow that entitles him to a relationship with her. This creepy incel behavior is so true to the character in the novel. Probably my favorite moment of the episode with Harold is a moment where he is searching for supplies in the town and comes across a dead cop’s gun, which he promptly takes. When he looks at the gun in his hand you can instantly tell what is going through his head, “This gives me power, I like it.” These little moments show us that Harold doesn’t just want to be a contributing member of the new world, he wants to be someone in a position of power. Owen Teague and Odessa Young are what really make this first episode work, I can’t stress enough how great they are.

The Stand is off to a great start and I can’t wait to see how the rest of the story will unfold in a new way. As stated the non-linear approach might not work for everyone and I’m curious if folks who are not familiar with the source material will be able to follow the story. This series is so timely and now is the perfect time to escape to this world. And while watching wonder to yourself, Would your dreams be of Boulder and Mother Abigail? Or Vegas and Randall Flagg?