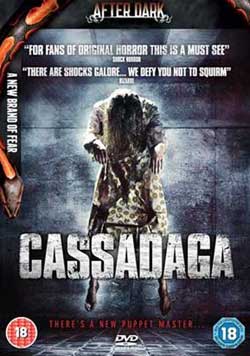 A deaf girl attempts to contact her sister during a séance, only to connect with the ghost of a murdered woman.

When I first heard about “Cassadaga“, I was picturing a sort of Spanish ghost story with more than a few jump scares. Cassadaga, the word, that is…. refers to a small town located in Florida (an actual place) that is known for being spiritually more active than other parts of the world. 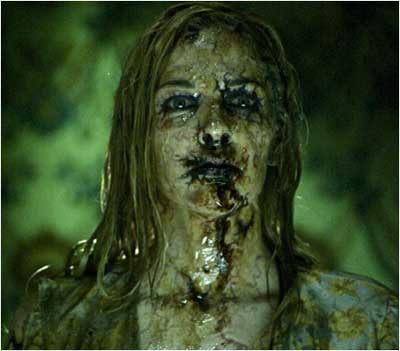 Our story centers around a young art teacher by the name of Lily (Kelen Coleman) who suffers from being deaf while still seeming to do just fine with her handicap by reading lips. When her little sister is killed in an accident she applies for a Merit award in able to secure a relocation under the wing of the Anderson Estate. The house is very elaborately Southern and a perfect locale for Lily to start her life over.

As Lily takes up relocation in Cassadaga, she also starts to become involved with the father of one of her students. Mike (Kevin Alejandro from True Blood Series fame) quickly becomes attached to Lily as they begin a budding relationship. One night while out with friends they all decide to visit a highly regarded local psychic. This encounter forms a union between a determined vengeful spirit and Lily, as Lily attempts to make contact with her deceased sister. 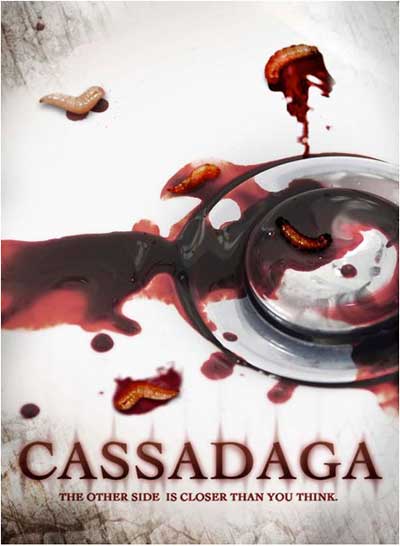 From here on in, things change for Lily who is haunted by this mystery spirit while dealing with the occasional side effect of throwing up maggots (nice eh??) The encounter starts to stress the relationship with Mike, but is designed to bridge the harrowing story of a past resident who went missing 4 years ago. It also begins to tie in the past news stories that connect the Anderson residence. Viewers might make the premise connection to that of popular thriller TV series.

Cassadaga while not as scary as I originally assumed, does tell the tale of a scorned spirit who is trying to reach out thru Lily. The story line is really well written with many clues, loopholes, misdirection, and surprises along the way (though it is also a bit long). I’ve always admired films that you think are wrapping up and then pull out a few new stops. I was reminded of this approach thru other film like “The Ring” and “Silence of the Lambs”. 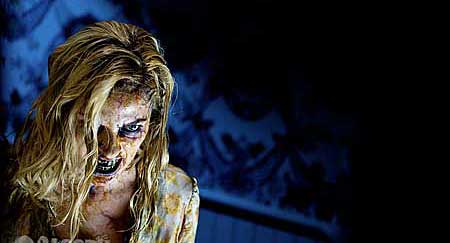 But getting back to the film, Cassadaga does incorporate one bizarre horrific element that can be clued by its cover but better seen within the film itself. I won’t reveal that aspect as when it comes it’s injected into the film so suddenly you wonder if your movie skipped forward 2 scenes. This inclusion brings together the prologue and thriller aspects that round out its final moments.

In the tradition of past ghost films, this vengeful spirit is clearly trying to communicate a message about her demise and the threat that still exists. Clever plot points connect the pieces in a smart way, such as Lily acquiring lock picking skills” and so forth. 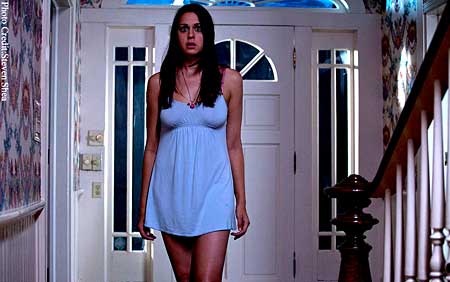 Cassadaga is directed by Anthony DiBlasi who was also responsible for other horror greats such as “Dread” and “the Midnight Meat Train“. His producing skills lent a hand to the “Book of Blood” production making this man who’s involvement is always worth checking out. I’m sure Cassadaga will be another notch in his impressive resume. 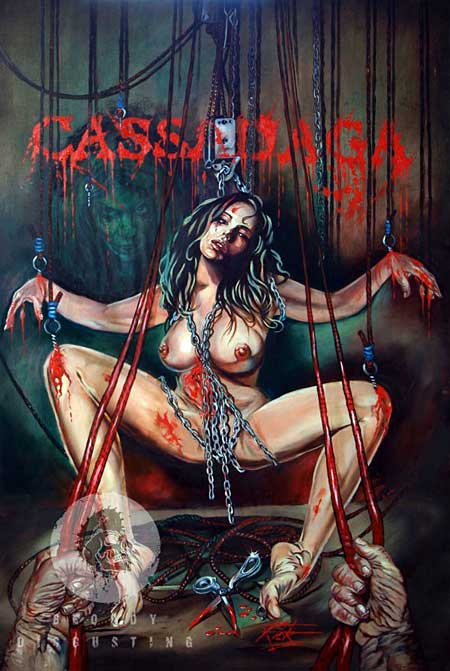 In summary, I was hoping for a really scary thrill ride. Instead what we got is a really strong storyline (which is not a bad thing at all). It would have been a perfect match if the scary elements were heightened a bit to make it an all round great piece. Instead they were blended in with a bit of the tired flash point technique which was exhausted out in the late 90’s. 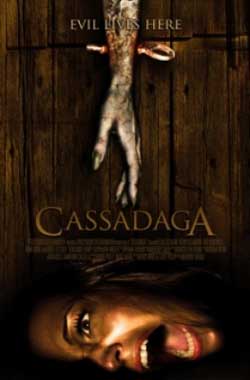 Actors Kelen Coleman and Kevin Alejandro have great on-screen chemistry giving the piece proper dramatic strength. Cassadaga struck me as a hybrid at times blending some really raunchy “madman in his lab” scenes with some straight thriller mystery novel material. While my review might seem to jump around a bit I do recommend this as one to see. Cassadaga is powerfully jarring thrill-ride entry into horror. 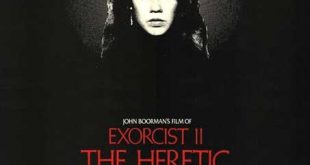