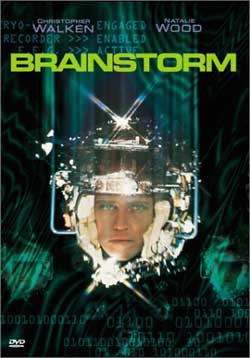 Michael and Lillian have just discovered a new scientific breakthrough that could change the meaning of the word communication. The two have designed a prototype machine which actually records everything that a person is going through and allows another person to play back that persons experience and feel as if they are going through it themselves. Their prototype is a success and conviently Michael is forced to work with his ex wife Karen who knows a way to make the device actually smaller. The devise is successful and everyone wants a piece of it, including the military. When one of the scientists however dies while wearing a recording devise the entire camp is thrown into confusion….do they leave the tape alone or do they view it so that they can see just what does lie beyond?

“A true one of a kind scientific breakthrough!”

Christopher Walken I have decided has always appeared to be a creepy individual, even back in 1983 when Brainstorm was released. Walken portrays a scientist named Michael Brace who together with his assistant Lillian discover a new technology that will literally tear down all the walls that surround what we call communication. 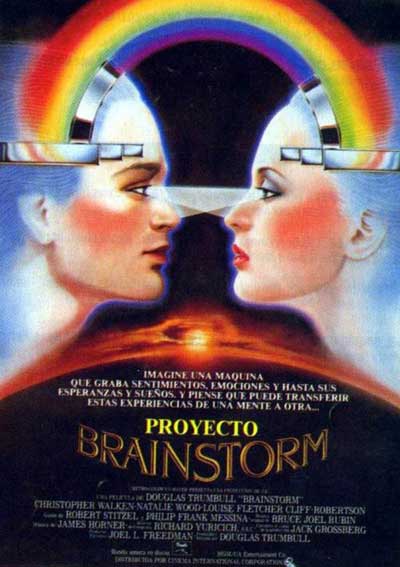 Brainstorm jumps right in with the scientist working and right away the viewer is introduced to some pretty decent special effects, especially for 1983. The group of scientists is developing a device that literally records everything that you do, and see and feel….even taste. When we meet the scientists they are attempting a tricky test which includes a strange meal, when Michael describes everything that he has seen, felt and tasted the group declares it a success. Of course during this time we are also introduced to the scientists sense of humor, in one scene a young scientist actually hooks the machine up to a lab monkey just to see what happens…..is this what is done with government funding? 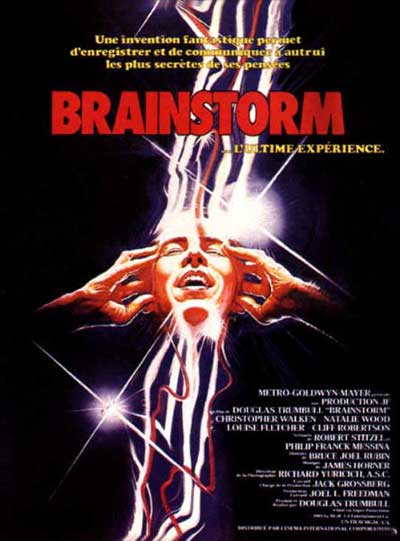 Michael and Lillian are successful in all their tests there is just one problem. The device itself is too large and has a tendency to over heat frequently. One of the groups partners has a method of fixing this and it involves Michael working with his ex wife Karen who can shrink the device down in size and still have it be as powerful as if it was its regular helmet size.

Of course over the course of the film the device fills all sorts of purposes. Michael attempts to use the devise successfully to rekindle the fire that once burned between Karen and him (these segments are fun to watch). The military also becomes very interested in the device since it could be used as a missile guidance system which would be far more superior to what they already have. Things get really interesting however when one of the scientists is wearing a recording device when they die. Things get really confusing at this point since Michael now feels that mankind can finally know all of the answers, the military and his boss however have other plans and soon Michael finds himself locked out of his own project. 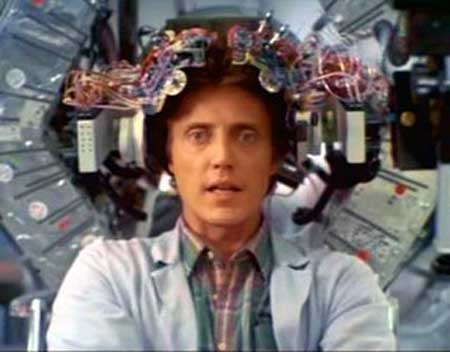 Brainstorm takes quite a bit of turns and it is only in the last third of the film do we even know why the film is called “Brainstorm”…..lets just say the military isn’t just interested in missile guidance systems. The cast of the film is top notch and actually overshadow the brilliant special fx (for its day). This is thinking mans horror however with elements of sci-fi so the gore hounds will probably find themselves quite bored with this entry. There is a lot of implied violence in this one….there is also glimpses of things mankind can only question and assume. It all follows a flow however and never is the viewer left confused or even bored…..and yes the film is pretty darn good too. 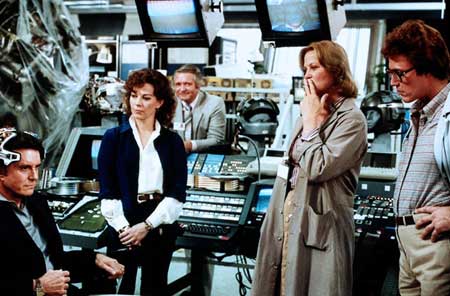 Horror fans who like their gore tinged with a bit of science fiction are going to love this one, so will old school movie buffs since I believe this is Natalie Wood’s last appearance on celluloid. Check this one out and be prepared to be blown away.