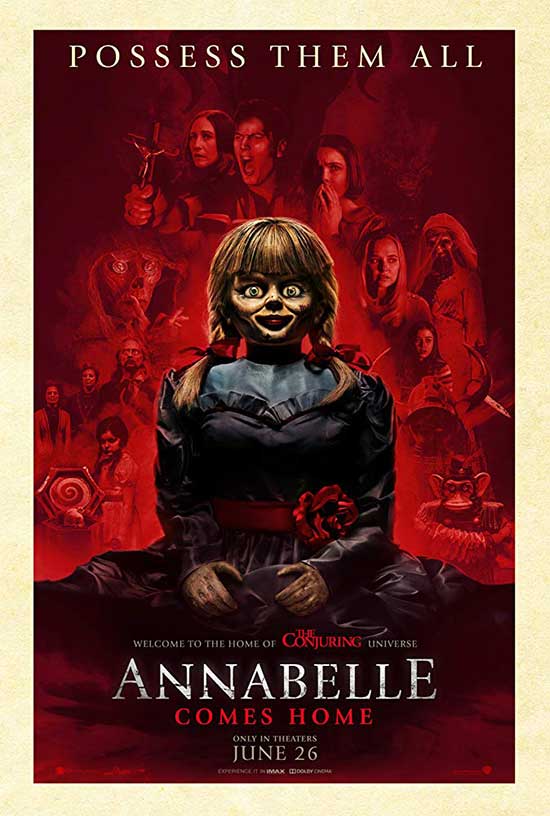 While babysitting the daughter of Ed and Lorraine Warren, a teenager and her friend unknowingly awaken an evil spirit trapped in a doll

If there is one thing that delivers with consistency these days, it the abundance of Conjuring movies coming at us. “Annabelle Comes Home (2019)” which marks the 3rd Annabelle movie in the series and a part of the whole Conjuring universe, arrives for the summer to bring us yet another portion of the Ed and Lorraine Warren epic. I won’t bother with going into where we left off with previous Annabelle movies, however, it’s fair to say that they have been consistently bringing the scares resting right along side the Conjuring tales and its many scary counter parts (“The Nun“, “The Curse of La Llorona (2019)” and the soon to be addition “The Crooked Man”) 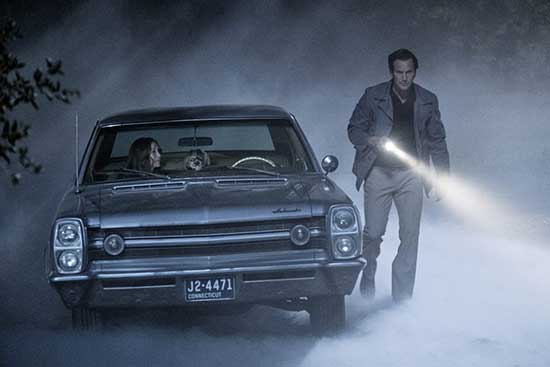 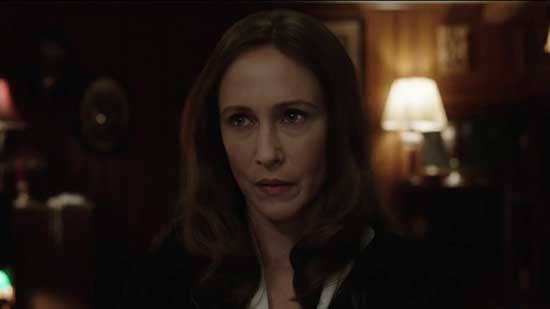 While it may not be necessary to spell out the way they all link, it is important to at least point out the universal continuity of dark tales that exist between them.

As stated before, the centerpiece of all these films are the dramatizations of real-life cases that are based on the stories of Ed and Lorraine Warren’s paranormal investigations. Annabelle being 1 such case that per the movie is the strongest dark entity of the bunch. Annabelle, an inanimate doll that would send chills just in its eerie eye gazes itself is the acting conduit that provides a portal for evil to inhabit living spirits. This aspect is perfectly demonstrated in the opening part of this film which has a local cemetery invoking its ghosts when Annabelle is in their presence.

We return with actors Vera Farmiga as Lorraine Warren and her husband Patrick Wilson who plays Ed Warren to the scene of a recent event that has Annbelle at the core of supernatural activities. The 2 of them seize the conduit and relocate it to their house which also houses several formerly possessed items of evil (all contained within a single room). The room is revealed as being blessed on a continuous basis per a local priest (who do so to help keep the evil at bay). Annabelle is given special treatment and locked within a glass case to “contain the evil”.

We are essentially taken into a real life scenario of what the (actual) Warrens have done in similar fashion inside their own home. This sets the stage for the location of the items that have been previously recovered. As you can guess, it begs the question, what if someone were to mess about in the room unleashing the entities?We are introduced to Mary Ellen (Madison Iseman), the babysitter, her friend Daniela Rios (Katie Sarife) and the daughter of the Warrens, young Judy Warren (Mckenna Grace). Judy, who’s parents have been uncovered and reported to be the local ghost hunter/paranormalists of the area, finds dealing with that reputation to be too much. This had made school life a little more difficult, than she anticipated. 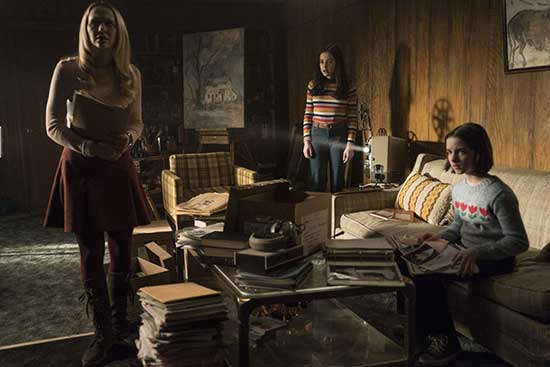 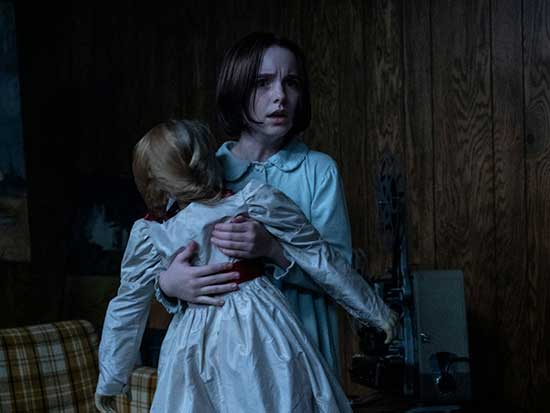 The Warrens leave for a case, leaving Mary Ellen to watch Judy. As Mary Ellen and her prepare for Judy’s birthday party, she is joined by her best friend, Daniela Rios. Daniela, a curious type cannot resist finding her way to the Warren’s locked possessed items room with intentions to summon her deceased father. From here on out, (as to be expected), Daniela accidentally releases Annabelle and several more dark spirits.

“Annabelle Comes Home” is a bit slower paced than some of its counter parts, buts still manages to bring the chills in the final act. The whole film centers on this “releasing” that ignites a smattering of supernatural activities 9much like the pace of films such as: Poltergeist). It’s good scary fun designed with a few jump scares in mind to keep things moving.

Daniela takes the brunt of activity as she jump-starts the entities, though it trickles over to the rest of the group as Annabelle influences a whole series of scary segments influenced by the captured items. Thru out most of the film, the Warrens are absent as the teenagers are burdened with confronting an active household of spooks, specters and demons. 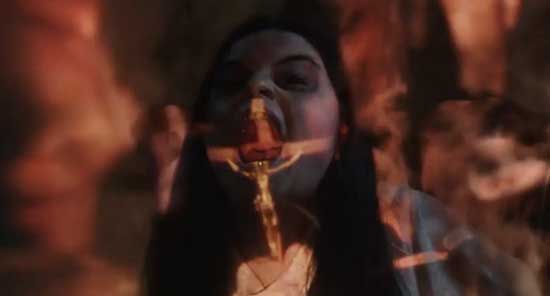 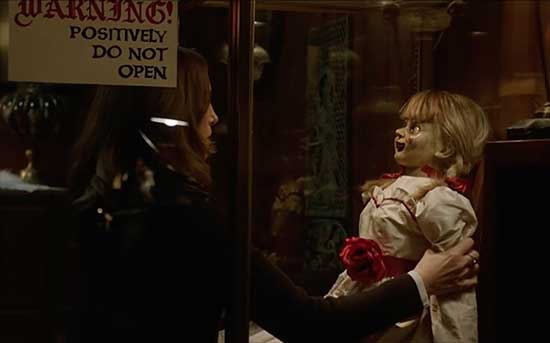 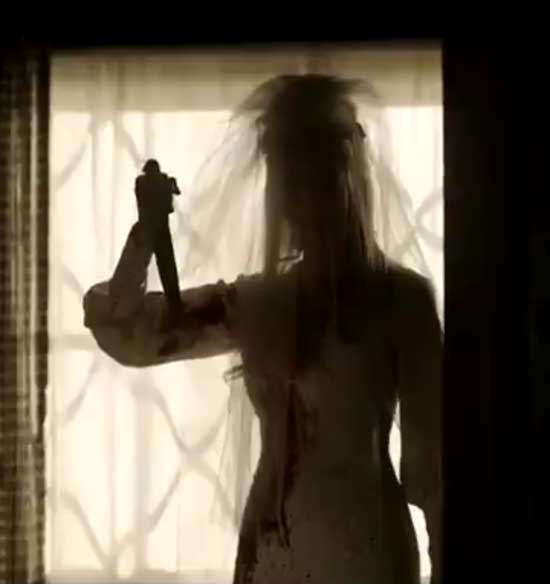 While the movie may have been slightly less effective than its 2 other releases, it still proved to be worthy of “the Conjuring” franchise. This may have something to do with a general intention to target younger viewers this round (Though don’t let that dismay you, you will still get what you signed up for).

At this point, I was already contemplating how the studios are planning on grouping all these films into a box set of sorts. With 2 new films on the way, it is not likely to get the final version of that until possibly next year of year after. Though, I must say that the Conjuring universe films are among the better horror releases in past years. They are smartly written with an emphasis on the elements that horror fans most enjoy. “Annabelle Comes Home” brings the chills and delivers a strong horror entry. With this being the 3rd of the Annabelle trilogy, we may be seeing some of the other offerings taking the lead in future releases.