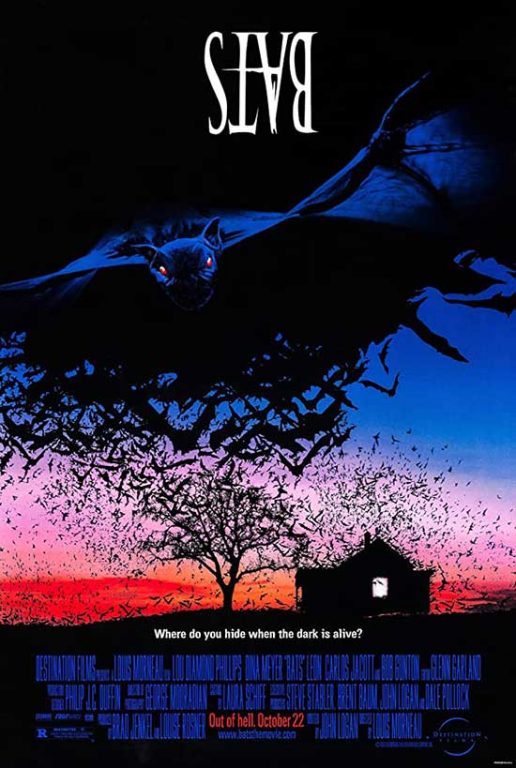 Genetically mutated bats escape and it’s up to a bat expert and the local sheriff to stop them.

Today’s movie brings us back to the late ‘90s, where a bunch of films hit the cinemas centering on killer animals. Sometimes these animals were genetically altered by scientists, making them smarter and more aggressive (Deep Blue Sea, for instance), or they were just unusually aggressive beasts. The problem is that most of these flicks tended to copy each other. They had similar plots that followed a lot of the same beats, and they also had the same kind of humor. There was very little to differentiate one flick from the other, beyond what kind of animal served as the threat. In the midst of this plethora of animal attack movies in 1999, director Louis Morneau brought us Bats. 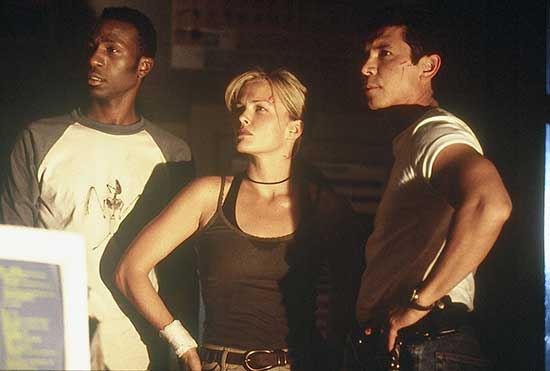 Bats stars Dina Meyer as an expert in the titular animals, who along with her assistant Jimmy (played by Leon), is brought to Texas to help some government officials with a problem they have. Apparently, some bats that have been genetically altered have gotten loose and started killing people. She and Jimmy team up with the scientist in charge of the project (played by Bob Gunton) and a small-town sheriff (Lou Diamond Phillips) to track down the monster bats and find a solution to the problem. 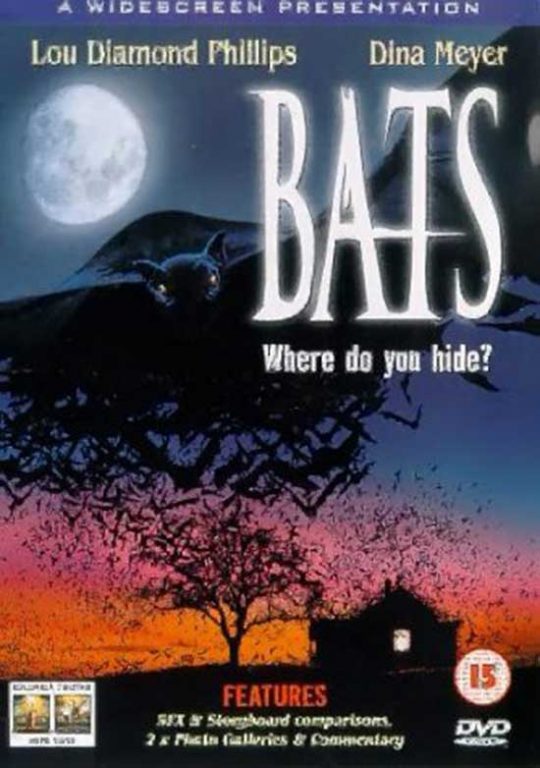 If you’re familiar with movies like Deep Blue Sea, Lake Placid, or a bunch of mutant animal attack flicks that air on the SyFy channel (excluding Sharknado), then odds are you will not be surprised by anything in this movie. That is also the greatest flaw to Bats. It doesn’t do enough to break from the mold that has been set by its predecessors, to the point that everything about it feels cliched. From the character archetypes, plot reveals, to the conclusion screams “been there, done that”. This makes Bats far too predictable. You know that one of the government guys will end up being a bad guy, you know that the sheriff will be the everyman who is out of his depth, and you’ll know that there’s a character whose main purpose is to provide quirky humor with his snappy one-liners. This is because the other films of this subgenre have the same exact things. It’s fair to say that instead of taking a chance and doing something different, Bats plays it too safe by following a formula set by other flicks. 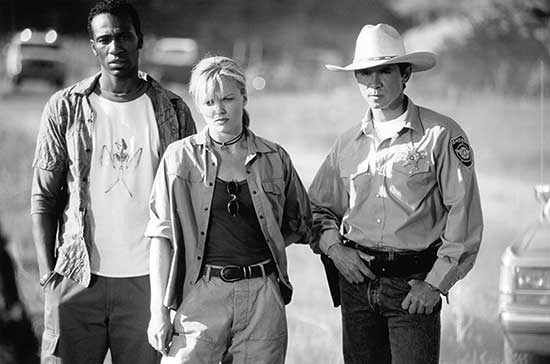 The sad thing is that Bats has a really decent cast, and they deserved a film that aspired to match what they bring to the table. Lou Diamond Phillips is fantastic as the small-town sheriff, having the right kind of charm and charisma, Dina Meyer is great in her role as bat expert and love interest, Leon is wonderful as her assistant/comedy relief, and Bob Gunton gives the right mixture of seeming like someone who wants to be helpful while also hiding his true motivations. 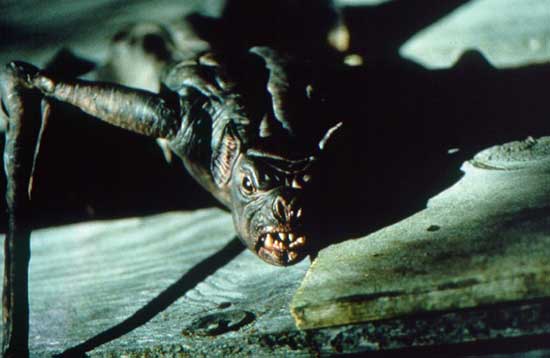 They, and the rest of their co-stars, give pretty good performances all the way around. On a technical level, this film looks fantastic despite some shoddy late ‘90s CGI here and there. Bats had a decent budget behind it, and it shows. The camera work is great, the sets and locations were fantastic, everything here shows great production value. There are some practical effects sprinkled throughout that looks great. 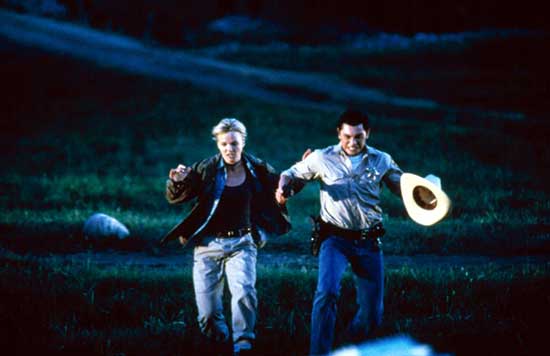 Honestly, Bats is not terrible. It’s not great. It’s just kind of there. Sure, it can be kind of fun to watch. The main problem is that if you’ve seen other flicks of its ilk, you’ll see everything coming from a mile away. You’ll find yourself saying something like “Well, it was like Lake Placid, but with killer bats”, or “It was like Deep Blue Sea, but with murder bats”. It doesn’t have a single original bone in its proverbial body, which is a shame. The cast and crew obviously put in some effort to do the best they could with what they had, and they honestly deserved better. So, I only recommend this if this is your first time seeing one of the killer animal movies from the late 90s, or you just want to shut your mind off and just have a modicum of fun. Otherwise, don’t waste your time.