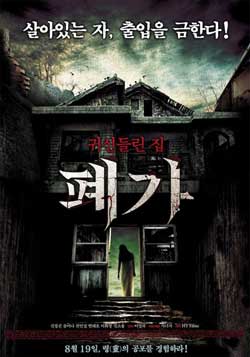 By now, you would think with all their expertise in the ghost and scary ambience department, that the Asian market would step up with some really good found footage film releases. I mean it seems so obvious….ghostly environment, camera in hand, and a few POV tricks to get your blood pumping. However, when I see films like this, I am left unconvinced and disappointed. It also convinces me that where the Asian films excel in wet girl style haunts and not western culture trends. 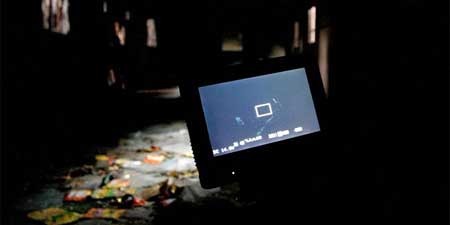 The movie deemed “Deserted House” probably sounded better with its original title of “The Haunted House Project”. Though we all know that anything POV with “project” added to it will get instant comparison to the “Blair Witch”, which is not something filmmakers want hanging over their shoulders.

To be quite honest, I looked at the clock at exactly 1 HR, and nothing had happened on screen. I was on the verge of snooze and was hoping there might be some upping the scale activity…..something…anything???? You have to sometimes ask, if a filmmaker walks around with a camera…does it constitute the classification of a “film”? This notion is something I have to deal with on a daily basis. 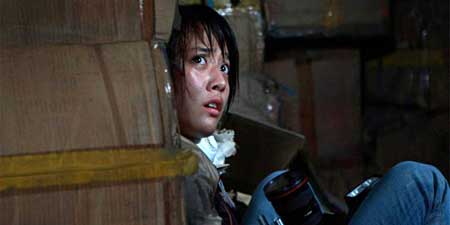 To back track a bit, a small group of ghost hunters are on their way to an expedition. They claim that their online group has grown to high numbers of which they invite a member of 2 per ghost hunt. The number of 3 seems to be the perfect amount of bodies not to complicate the hunts. The team is being filmed as they explore for a “theory paranormal expedition” by another news team who is doing a program on them. So to re-cap…the team is filming, and “they” are being filmed.

Now the film begins with huge documentary build ups about this house. We are told several have gone missing, that the house is cursed,  and 8 have died. There are more elaborate back stories about the original owners, but most of it will just glass over as you prep for some cinema verite horror. 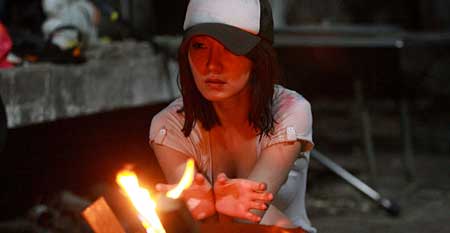 The team rummages over debris, boxes, distressed building leftovers, and films the empty rooms as they look for ghosts. This goes on FOREVER. Right off the bat a few things didn’t make any sense to me. One of the team states that they need to cover themselves in salt to keep the ghosts away. Really???, why would you want to do that? Aren’t you their to FIND the ghosts? So what your saying is you prefer walking around over rummage for no reason?

Ok, moving on…. We also get one of those giveaway beginnings. A found footage clip shows that one of the camera men is attacked leaving his camera and footage behind. This occurs from the film start, basically showing us the ending between an hour and such of …snooze. 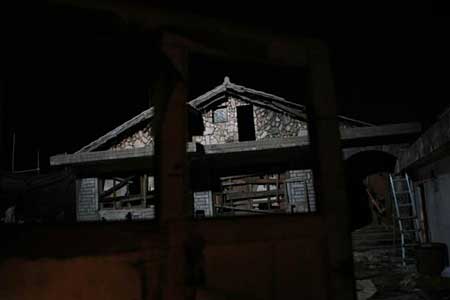 The film gets messier as the crew walks around in the dark filming and never entirely commenting on what’s going on. The intent here was to build a tension and throw in some surprises but comes across as typical and without real purpose or energy. Those walk in the dark until you come upon a member who has gone wacko scenes, just don’t do it for me leaving the whole thing under a veil of annoying disappointment. Most of what doesn’t work is a lack of any premise or reason for terror. A messy building is not enough to inflict scary notions. You have to haunt before you reveal.

I’m gonna have to strongly recommend you pass on this, for the pure recommendation of it being highly stupid. I still believe there are Asian “found footage” films to come that are actually good, though this isn’t one of them. 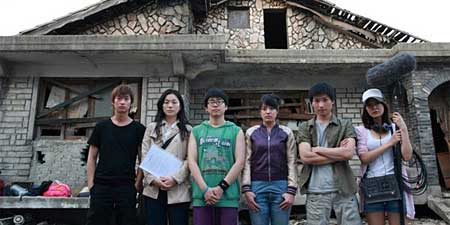 The credits are worth sticking around for at least to hear a few details spoken by a neighbor that we never really get from the film itself.