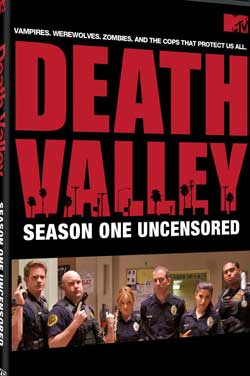 The Undead Task Force (a branch of the LAPD, formed when the San Fernando Valley was overtaken by zombies, werewolves and vampires) must continue to get rid of the monsters and contain them in the valley. While this occurs, scientists work to find out what caused the outbreak. A brave camera crew comes along for the ride.

With the first season now behind us, we can take a step back at this MTV original series and ask the question, Did we need another zombie, vampire, werewolf TV show? Filmed in the traditional mockumentary camera shot-style that we have come to recognize thru shows like “the Office”, “Reno 911” and hand held theatre releases, “Death Valley” would seem like the perfect inclusion into our culture of interest. It’s target audience is obviously the horror genre, but also the younger “Twilight” generation who have shown support in TV series like “Vampire Diaries” and “The Secret Circle” 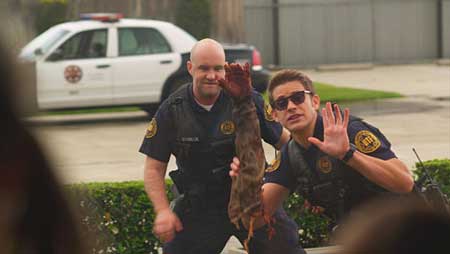 Death Valley, came on the tail of a much more popular series called “The Walking Dead” offering a sillier, more humorous look at death and decapitation. As we are brought into this future sense of our world, we are introduced to a task force called UTF, standing for the Undead Task Force. We have jumped right into a timeline that has at the prior year introducing the inclusion of these 3 forms of movie monsters into the whole of the society. The location of this series is based in California’s San Fernando Valley within the new division of the LAPD. The officers have fully adjusted to taking down creatures on a daily basis or arresting those who don’t conform to the standards of the UTF. The approach to dealing with death on a daily basis has left a more casual perspective on the officers who often make jokes about the culture and will blow ones head off without thinking twice. 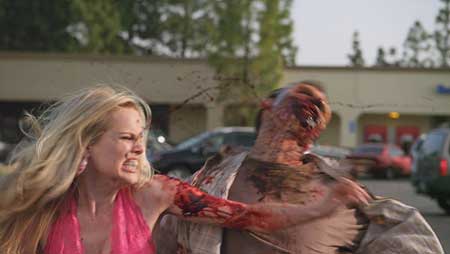 As the series developed, we began to get acquainted more with the officers themselves and their daily struggles. Lead by Capt. Frank Dashell (Bryan Callen), the UTF is updated on a daily basis on new developments that need to be policed or taken care of. The team includes Officer Joe Stubeck (Charlie Sanders), Officer Billy Pierce (Bryce Johnson), Officer Kirsten Landry (Caity Lotz), Officer Carla Rinaldi (Tania Raymonde), and Officer John “John-John” Johnson (Texas Battle)

Officer Kirsten Landry was introduced as a new recruit onto the team from episode one. The ongoing behind the scenes joke was that even in her frail unassuming size, she seemed to be able to care of herself more than any of the other officers. Kirsten seemed to prefer hand to hand combat in which she uses her martial arts skills to full advantage. In addition, the team seemed to lose dedicated sound men on a constant basis usually due to being bitten and then exterminated by the force. 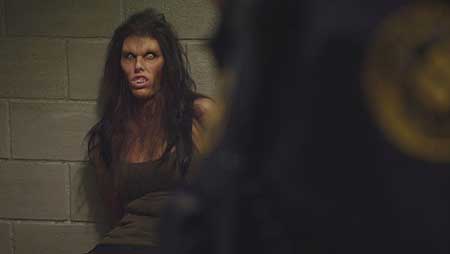 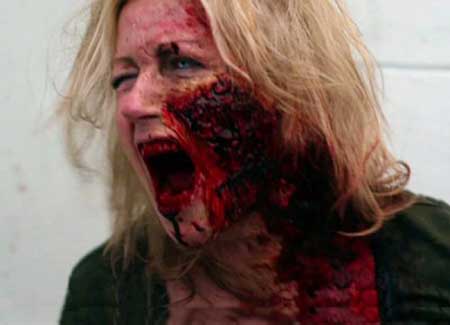 At times the series echoes hints of the films like “Zombieland“, and “Resident Evil” with tv shows like “The Walking Dead“, “Reno 911” and even former series “The Gates“.

In research, the series originated out of the creative influence of Spider One (vocalist of Powerman 5000) years ago, though wasn’t given the green light till September 14, 2010. The series is comprised of 12 episodes each lasting 20 minutes each. As of this review, it appears that season 1 will probably be the last we see of “Death Valley” with no immediate pans to renew. This was attributed to low ratings. 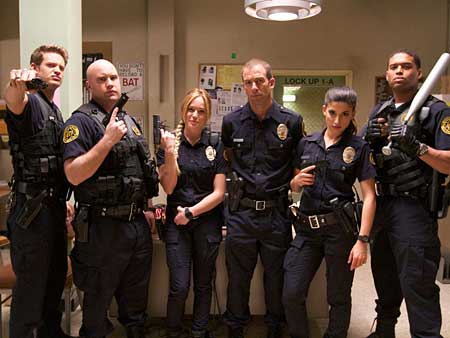 As a TV series, “Death Valley” was alot of fun to watch. It had a professional level of FX work that usually was saved for the nasty zombies that the team took on. Vampires were included but more on a level of a “True Blood” sort of way that suggested the league of vampires to be of growing power within the community. Werewolves were lesser seen and usually presented more in a humorous way as a basis of a episodes jokes or puns. 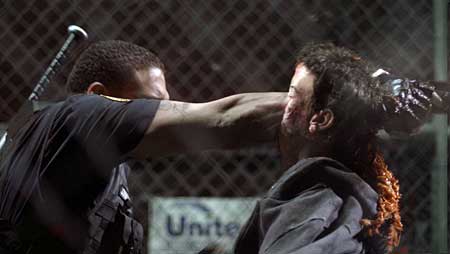 As a viewer, I think its biggest flaw was its short episodes which didn’t allow for much story development. Because of these short time spans, audiences couldn’t ever really engage enough to connect entirely to the characters and the direction of the series. The notion of policing and kill the undead only lasts so far before we need to actual substance to drive us from one episode till the next. On a whole I really enjoyed the horror aspect of the whole series which seemed right in line with the trends of today. You could always count on a few beheadings, or tasty zombie kills that proved to be of theatrical quality rarely seen in television. The series showed great promise with an aggressive marketing campaign that was often promoted on horror sites though out the world. 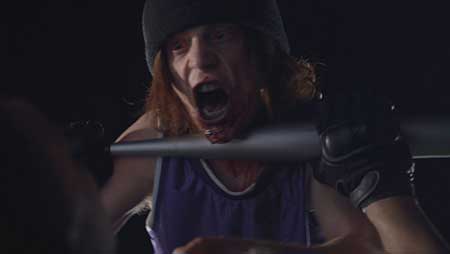 As of this review it has been announced the “Death Valley” will be released on a full DVD set uncensored. The release date has not been set. In a former article we had named “Death Valley” among the Top 10 Horror-themed TV series of 2011