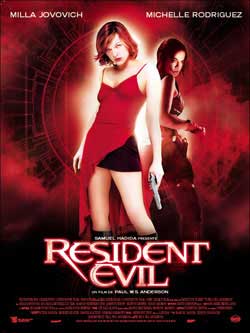 A special military unit fights a powerful, out-of-control supercomputer and hundreds of scientists who have mutated into flesh-eating creatures after a laboratory accident.

The game-inspired movie that started it all. It never fails that as much as I like this series, there are always those who don’t get it, hate the films or don’t realize that they are part of a larger franchise. I admit to never playing the game versions, but I will say that I absolutely love the films. With Resident Evil comes a bit of an introduction to the current state of things to help et you better attuned to the Resident Evil Universe. 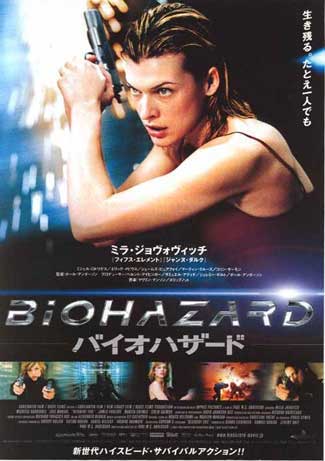 Umbrella Corporation is the evil empire that currently is the most powerful organization in the world. Though as it stands they have their ands in all  stages of fringe experimentation. This includes military, cell level alternations, gene manipulation, weaponry, cloning and viral toxins. There are those who want them stopped at any cost and have various levels of operatives staged to do so. 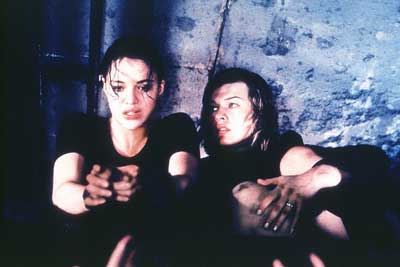 We arrive at the location known as the Hive, an underground facility located deeply below Raccoon city. An unknown agent has released the deadly T-virus into the Hive that infects all those within its vicinity. The T-virus has a rather nasty effect on its infected. It kills off the cells and reanimates them as zombie-like corpses with only the ability to operate at a basic level of instinct…namely feeding. Alice (Milla Jovovich) awakens with amnesia in the company of a  group of militants who have been assigned to go down  into the hive and figure out what went wrong. Alice is our main heroine who’s memory loss comes back in spurts trough out the film revealing her nature as a spy, her past and that she is somewhat of a powerhouse herself. 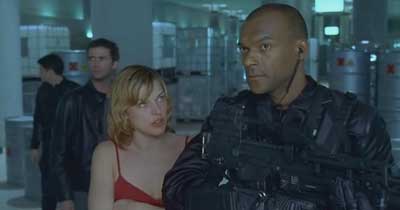 The Hive is run by a computer program that refers to herself as the Queen. The queen is represented d oddly enough by a child holograph who controls the entire operation of the hive. She is also programmed to take whatever precautions are necessary to prevent the T-virus form escaping into the world above which could effect millions quickly and easily. This agenda includes  a lock down and the release of more powerful protectants such as gene infused creatures that seem to grow and manipulate as they progress. Once the team reveals that the Hive plans on locking down the operation with everyone inside, they make the necessary plans to escape the creatures below on limited time to catch the underground train back tot he surface. During this time, Alice begins to regain her memory and the plot of the people around her. An anti-virus is believed to be available but proves to be ineffective. 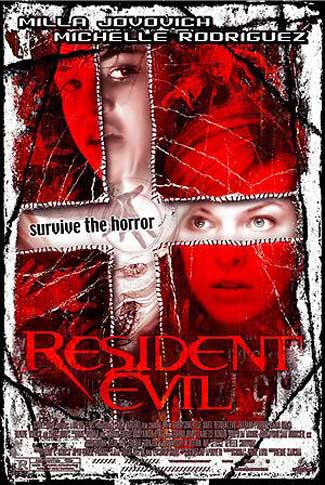 Further elements about the film are better referred thru a wikipedia excerpt.

“Resident Evil is a 2002 science fiction horror film written and directed by Paul W.S. Anderson. The film stars Milla Jovovich, Michelle Rodriguez, Eric Mabius, and James Purefoy. It is based on the same titled series of survival horror games developed by Capcom. Borrowing elements from the video games Resident Evil and Resident Evil 2, the film follows amnesiac heroine Alice and a band of Umbrella Corporation commandos as they attempt to escape from a secret underground facility that at one time was filled with people but is now overrun with zombies.” 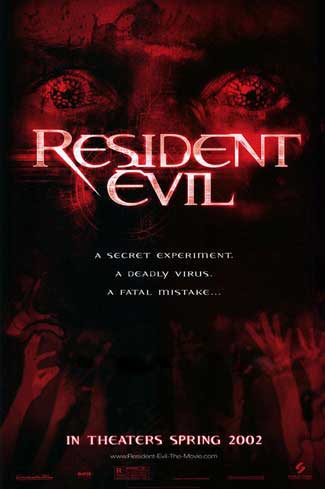 The film is designed to run and end with sequels in mind that each explore more of the world that Alice is involved with and the evil intentions of Umbrella corporation. Alice seems to grow in abilities and strength with every film that as solidified her as a iconic character for the series. The experimentation of Umbrella which seems rooted in militant takeover also progress in each films with unique results and further abominations. While the film mimics certain expectations of the video game it still functions more as a film  by avoiding cliqued POV’s that are often used in game remake movies. Resident Evil stands as a top notch entry in the zombie circle of films that opens it story up to way more creative entities along the way infected or manipulated by the Umbrella agenda.