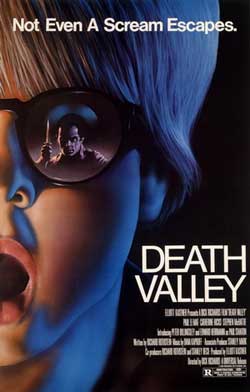 While on a trip with his recently divorced mother and her new boyfriend a young boy decides to check out an abandoned RV that he happens upon while exploring the area by himself. He doesn’t see anything that amazing inside but decides to steal a necklace that he finds just for sh*ts and giggles. What he doesn’t realize is that three people were brutally murdered in the RV earlier by a crazed serial killer. When the serial killer finds out that the boy took the necklace he realizes that it could be used to connect him to the murders so he sets his sights on the boy, determined to kill him and anyone who gets in his way.

Like TBS, USA Network was once a pretty decent basic cable channel that showed some pretty awesome movies from time to time (give me a Hell Yeah if you remember Commander USA and the movies that he showed on Saturday afternoons around 1985 or so). Before they just started showing nothing but episodes of Burn Notice and Law and Order over and over again USA was pretty good about showing horror films, and Death Valley was one that they would show every once in a while. While I really wouldn’t classify it as a horror film (it is more of a thriller) I have always thought that it was a pretty good little flick that has some pretty suspenseful scenes in it. While it is slower than hell at times and some people may lose interest in it due to its slow pace I still liked it. It isn’t for everyone, but if you give it a chance you may be surprised by how much you like it. 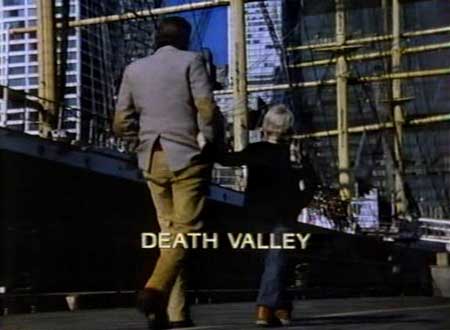 I think that the overall premise is pretty interesting. We have this kid who is forced to go on a trip with his mother and her boyfriend (that the poor kid doesn’t really even know) and after hitting all the cheesy tourist traps and roadside attractions they run afoul of a homicidal lunatic who soon begins following them wherever they go. It isn’t the most original idea, but it works and makes for an entertaining movie. I also like the idea that the filmmakers had of having a little boy as basically the main character as this was just something that wasn’t done a whole lot back in the day. I was around the kid’s age when I first saw the movie so I could totally relate to him and I knew that I would have been scared sh*tless if I were in his situation. 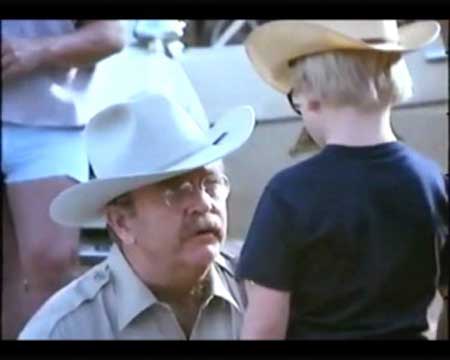 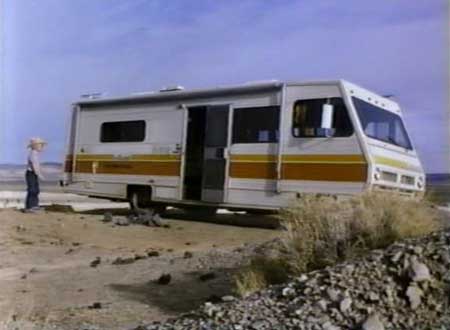 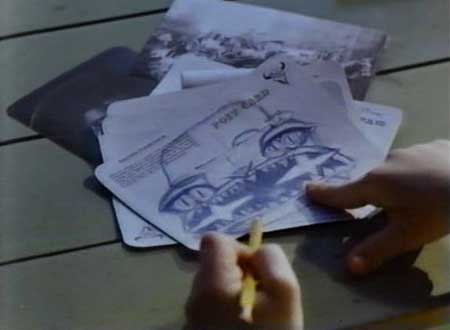 I was pretty surprised by how many familiar faces were in this movie. Peter Billingsley from A Christmas Story (who I will always remember as Messy Marvin from the Hershey Syrup commercials that used to air when I was a kid-damn, I am showing my age here!) made his film debut Death Valley and he is pretty awesome in the role of Billy. Catherine Hicks (from Child’s Play) is good as Billy’s mother, and Paul Le Mat, who has done a ton of stuff including Puppet Master does a decent job as her boyfriend who is trying his best to make a connection with Billy. We also get Wilford Brimley (who is a lot thinner, less cantankerous, and not promoting Quaker Oats) as a sheriff who is on the receiving end of what is probably the best death scene of the movie. Hell, even the always entertaining and talented Edward Herrmann (from The Lost Boys) shows up briefly at the beginning as Billy’s father. I am a little surprised that some people have never even heard of this movie considering the amount of well-known actors who were a part of it. 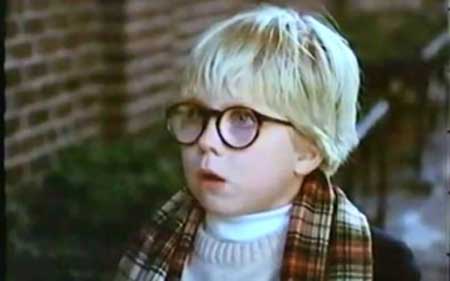 Death Valley may not be for every taste, but I enjoyed it. It is a little slow at times (the scene where the killer is taking the bathroom door off its hinges so he can get to Billy is painfully slow and pretty damn ridiculous if you ask me. Just break the damn thing down already!!) , and the body count isn’t very impressive, but there is just something about the film that I liked in general (though I didn’t really care for the big “twist” toward the end that was unnecessary). If you are in the mood for something a little bit different then you should check it out, but keep in mind it is more of a suspense/thriller than a horror film.