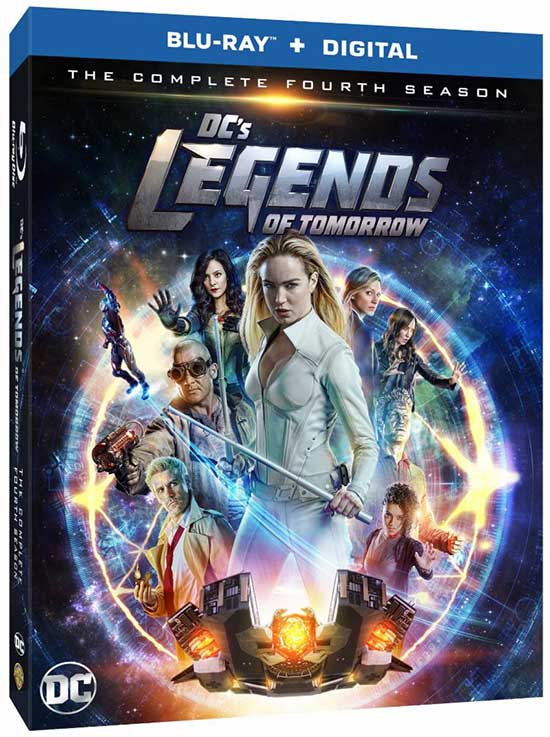 Season 4 of “Legends of Tomorrow” franchise is upon us with a brand new blu ray release being offered in its support. Being a fan of the series, I first encountered this super hero team in season 1, but have since found myself unable to keep the pace letting season 2-3 slip past without proper time to enjoy them. I thought I would take a difference approach this round by doing just that, letting them slip by and using season 4 as a reintroduction to the series. As expected, a few surprise were in order (namely the changing of characters and cast members while still seeing a few familiar faces still around for the 4th year). 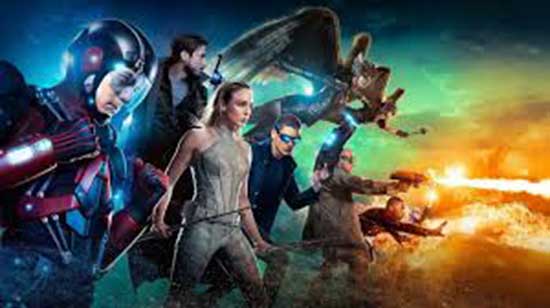 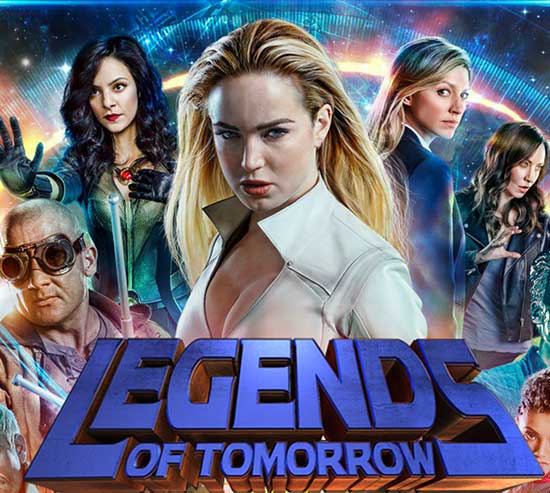 Those who watch the CW are also familiar with their sister shows suck as “Supergirl”, “The Flash” and “Arrow”. CW has designed their franchise to allow crossovers as necessary to the story lines.

The series itself is based in the DC comic universe, a universe that has seen incredible growth especially with its run on the CW network. “Legends of Tomorrow” season 4 began its run in October of 2018 containing a total of 16 episodes that the adventures, drama and escapades of this dysfunctional time traveling team. While all of them are respectfully warriors themselves, each with his or her own super power, the objective of this series is the element of time travel or rather time correction. The team has been tasked with tracking down fugitives that have slipped through time as their prime mission. It probably goes without saying, however, their job is to correct the timelines and prevent future time displacements or timeline anomalies from occurring. 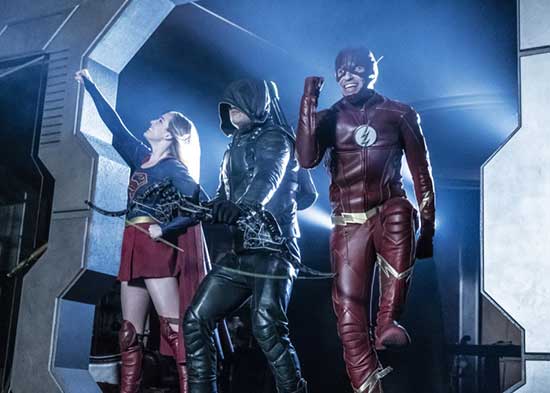 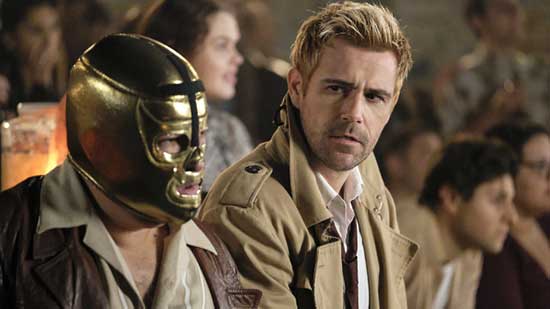 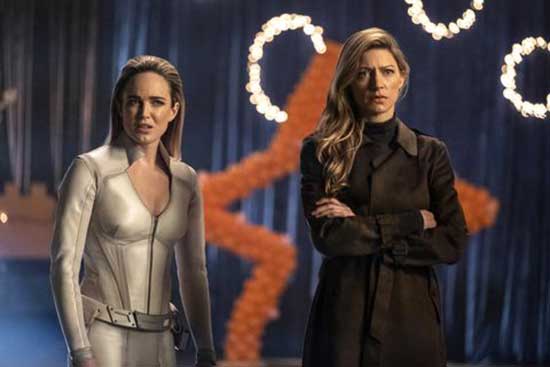 Moving onto the cast of characters this season, we have: Ray Palmer (Brandon Routh) as Atom, Sara Lance (Caity Lotz) as team leader White Canary, Mick Rory (Dominic Purcell) as Heat Wave, Zari Tomaz (Tala Ashe), and Nate Heywood (Nick Zano) as Steel. To my surprise we have former Constantine franchise actor Matt Ryan reprising his role as the enigmatic John Constantine. The inclusion of John Constantine introduces a whole new level of supernatural characters being constantly thrown into the mix as antagonists to the Legends of Tomorrow team.

The “Legends” as they are called, report directly to year 2018’s time bureau headquarters, a secret government agency run by Ava Sharpe (Jes Macallan) who monitors the time disruptions directly with her team. As the team makes time corrections (by removing the supernatural anomalies that snuck thru) they are also transported back in time to deal with the threats in person. Usually costumed in era appropriate clothing, the team members call upon their unique abilities to deal with the intrusions directly. Though with John Constantine, now a contractor of sorts, added to the team, their efforts are reinforced by his ability to send the bad elements directly back to hell. 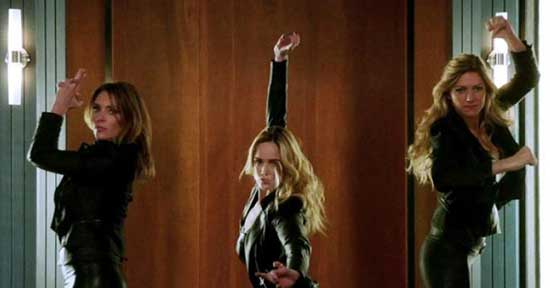 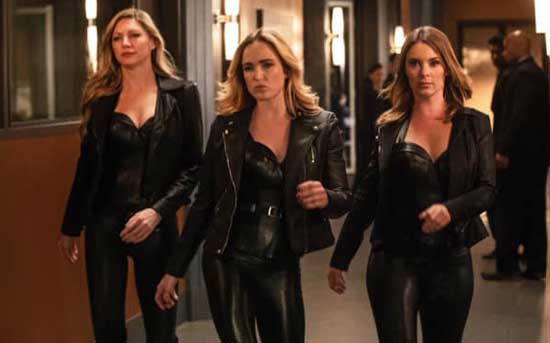 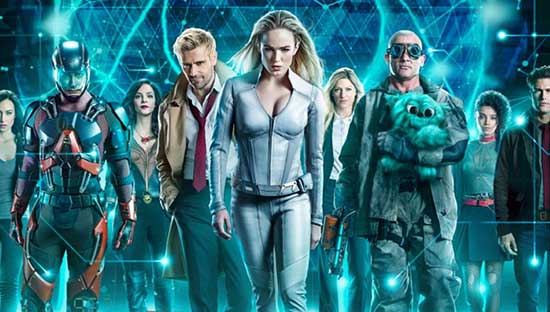 “Legends of Tomorrow” keep things fun with a constant display of interpersonal bickering, friendship, and unity that works at times like a special effect driven science fiction sit com. The characters each with their own personal preferences, emotional states, baggage and agendas are like watching a super friends reality show. This ties in nicely with professionally done eye candy that keeps the episodes moving on a visual path. The series of “back in time” journeys makes for an eclectic mix of period driven pieces, all under the guise of humor and action. Character John Constantine works great with the bunch as a crotchety wizard of sorts set in his British rooted ways.

In passing observation, it appeared that season 4 placed an unusual emphasis on gay situations between some of the characters. I imagine this was injected to help shape some the players background lives to emphasize their personal elements on a deeper than prior season basis.

In all, this is a great season with plenty of thrills and adventures. The team and actors themselves gel perfectly as this super hero team that has to deal with each others issues and personalities while still trying to save the universe from time itself. Each episode resembles more of a journey-driven agenda that is not unlike that of older TV series “Sliders”. The team visits time eras that range from 70’s, to colonial times, to the hippy rooted 60’s, to a whole batch of periods needing intervention. The element of super powers keeps the action points interesting while the dialog and script provide the humor. 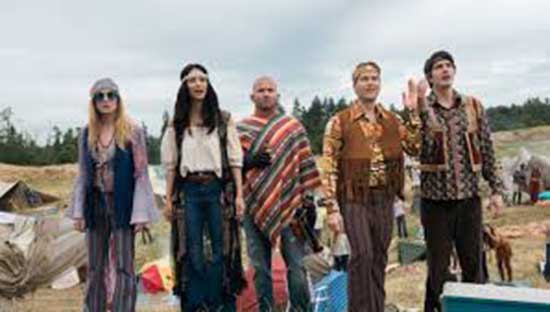 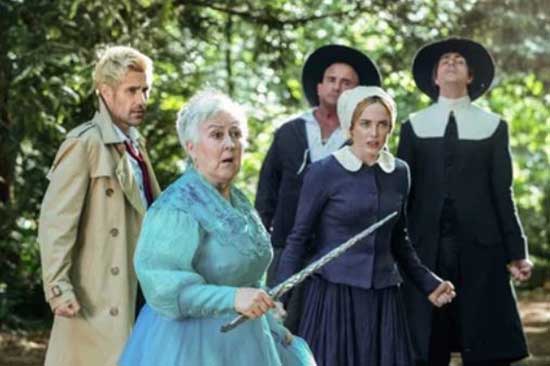 “Legends of Tomorrow” is a great series that deserves viewing. Past seasons are still available, while now adding season 4 to the collective. 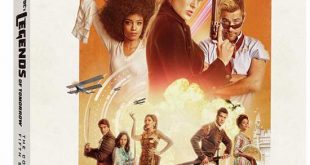 DC’s Legends of Tomorrow: The Complete Fifth Season – Time Jump To 9/22 To Own The Blu-ray & DVD!