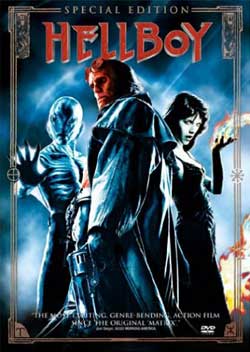 A demon, raised from infancy after being conjured by and rescued from the Nazis, grows up to become a defender against the forces of darkness.

With the rush of superhero films raking in the audiences, it was only a matter of time before director Guillermo del Toro got on board with his own adaptation. Hellboy though is unlike many of its hero film genre movies in that it bases itself in a supernatural foundation full of ancient lore, demons, and nazis. In fact, the film begins in the 1944 period of WW II when Hitler was radiant about discovering the limits of occult. Hitler of course was left out of the picture but his Nazi buddies are on hand to unlock an ancient portal. This portal which is conjured up by a fellow named Grigori Rasputin thrives on the intention to free an ancient being called Ogdru Jahad. (This tidbit is noted in a title screen quote, as well). 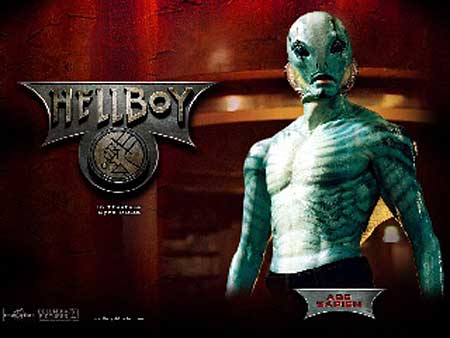 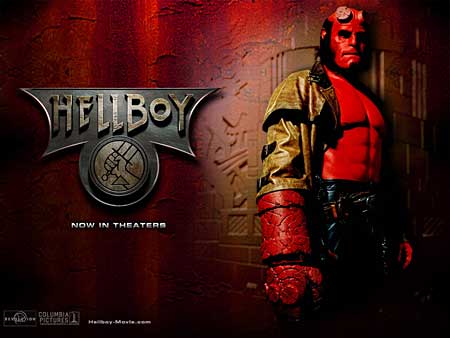 The event opens on a very visual note full of electrifying special fx and the introduction of one of Adolf Hitler’s top assassin who calls hinlef Obersturmbannführer Karl Ruprecht Kroenen (say that 10X fast!!). This assassin somewhat resembles a robot but hides his face and body due to his bizarre means of constantly cutting himself. (like his eyelids!!) This character proves to be a later worthy opponent who is extremely skilled with knives and blades. His body seems too be made out of sand which further acknowledges the supernatural origins of some of the key characters. 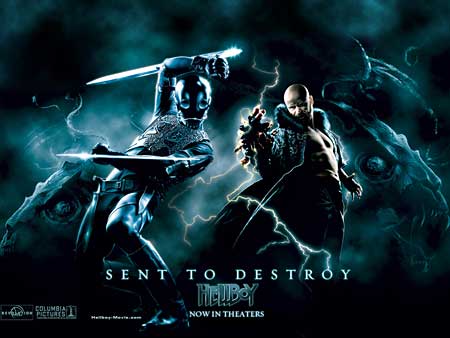 In any case, when a portal opens “sometimes” a few things may cross over. When the Allied troops make their rounds to investigate, they come upon a young red-devil-looking boy of which they name “appropriately” HellBoy. He is taken under cover and raised until manhood (which is about 6 years in devil time). If I didn’t mention it, he sports a rather large right hand made of stone. (This later proves to be a formable weapon for Hellboy as he fights off the bad men) 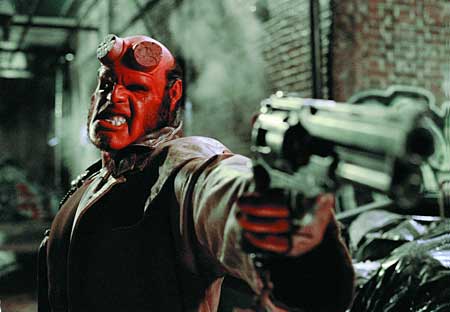 Spring forward into 6 years later and we are introduced to a secret government facility called the Bureau of Paranormal Research and Defense (BPRD). This houses Hellboy (Ron Perlman) and a few other supernatural beings. One of these is a fish-like man who has been deemed Abe Sapien (Doug Jones). This name is revealed as taken from a name tag left behind and the fact that his birth was the same as Abraham Lincoln’s assassination date.. He is commonly referred to as a merman of sorts who possesses a special knack for intelligence and a medium like ability. To round out things, we also meet Liz Sherman (Selma Blair), a pyrokinetic with super fire creation abilities who is just learning to control per will power. Liz is the token girlfriend to Hellboy who’s relationship has been somewhat stressful and full of its own problems. 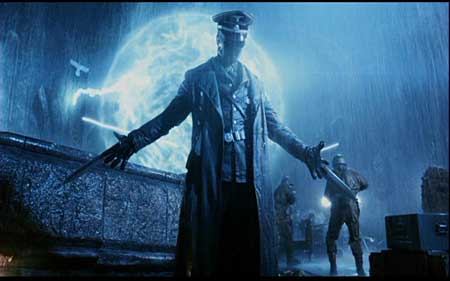 A nether being named Sammael is on the rampage and the team is called into action to take him down. Though this demon is somewhat of a “resurrection demon” who begins to create problems when it starts to lay eggs increasing its race. Hellboy takes on the beast but this seems to be only fleeting as the beast has plans of its own. To add to the issues….. Rasputin who was sucked into the portal in 1944 has returned to induce the next apocalypse upon the world. The group battles demons, beasts and even heads back to Russia to uncover the original location of Rasputin with super grenades in hand. 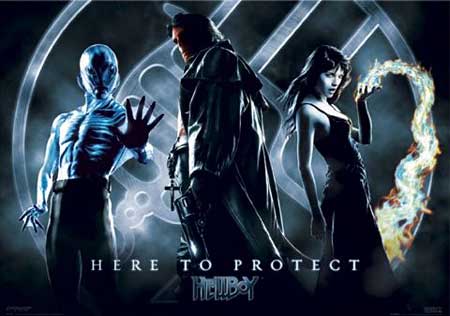 The movie is vividly colorful and action-packed providing the perfect introduction of this famed comic character turned cinematic. This first release did so well that it was followed by a sequel in 2008 named Hellboy II: The Golden Army (my fav of the 2) 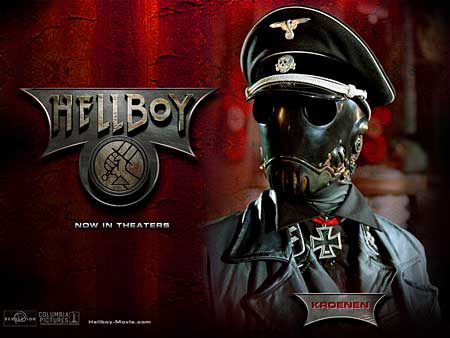 Guillermo del Toro’s influence is heavily felt making the story premise and his style a perfect match for viewer audiences. We get plenty of tentacled beasts suggesting a HP Lovecraftian experience that is as entertaining as it is visual. This initial release seemed to spark the Hellboy franchise into motion creating plenty of back story to build upon. No it’s not your usual Spiderman-style character but he is dynamic and fun to watch. The film was later released on Bluray which featured an even longer Directors Edition cut (20 minutes of additional and extended scenes). I strongly urge checking this one out as some key scenes are included really rounding out the story to full effect.