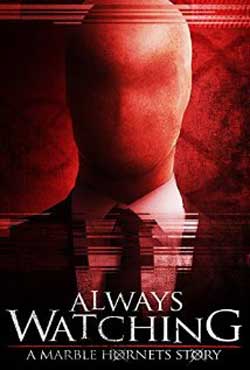 A small town news team discovers a box of video tapes where a faceless figure dressed in a dark suit, haunts and torments a family… slowly driving them insane. Soon after, they realize that the “Operator” has begun to stalk them as well.

Created by Eric Knudsen in 2009, the Slender Man has become a phenomenon, inspiring numerous computer games, YouTube series, books, comics and attempted murders. Marble Hornets, a web series started in the same year as Slender Man’s ‘Birth’ is one those times that have been influenced and, like most popular things, it has its own spin-off movie. 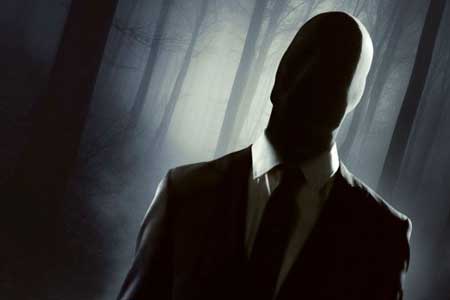 Dubbed a Marble Hornets Story, Always Watching is set in the same universe as the web-series but plays out with a narrative of its own. Whilst reporting on a bailiff company, a local news crew stumbles across a series of videos that show a family being stalked by a black suited man, played by Doug Jones (Hellboy). With the family missing, the news crew seize the opportunity to investigate the disappearance and, in doing so, expose themselves to the mysterious man in the videos.

Shot in the found footage style that will often make or break a film for some people, Always Watching is almost a modern Blair Witch. Almost. I wouldn’t want my words to be taken out of context. As the trio, including Walking Dead’s Alexandra Beckenridge, dig further into the mystery, the tension builds up at a believable rate. Director James Morgan is in this for the long game. Wisely he keeps the Slender Man at arm’s length for the majority of the film, hiding him away in the most innocuous of scenes. Have fun trying to find him, do a shot each time you do maybe. Doug Jones as the film’s antagonist, admittedly, does very little save for standing. The Slender Man, literally living in people’s media, only movies through jump cuts and static. It’s actually a very clever idea that stops the creature from coming across as human. Something that most certainly would have happened if we even came close to capturing him slinking off screen like the killer in Scary Movie. 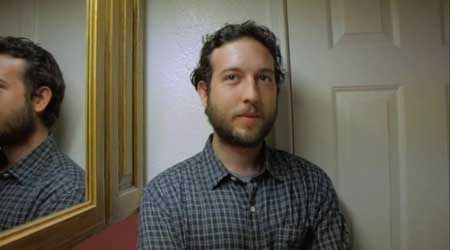 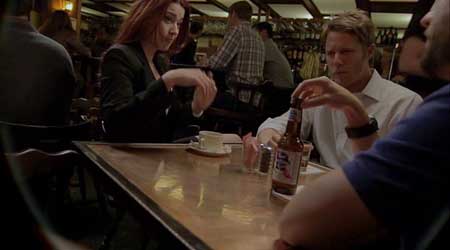 With our three heroes struggling with a past they’d rather forget, the film manages to expose them for the selfish shells they really are. Anger management, drug dependency and stalker like behavior all bubble to surface as the film goes on, further encouraged by the Slender Man’s nefarious ways.

Where Always Watching lets itself down is through its usage of semi-improvised dialogue. It may be that every word of the screenplay from Ian Shorr (Splinter) ended up on the screen, but there’s enough to suggest that the cast were given a bare minimum and told to run with it in certain scenes. As a result, we end up being confronted with the usual curse of the found footage: the constant, overlapping shouty conversations. There are several moments of exposition in Always Watching that are, bluntly, smothered under the weight of constant and unnecessary shouting. It becomes quite easy to spot when it’s going to happen and how it’s going to play out. 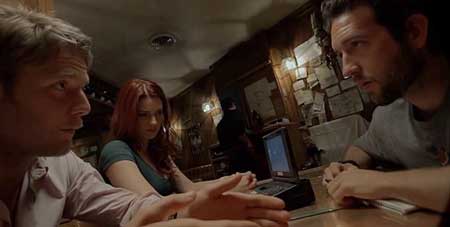 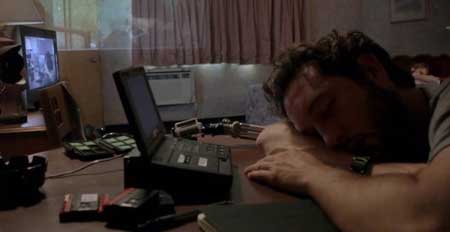 Recipe for exposition in Always Watching: Simply wait for one man to start talking to another man. They will soon bump chests like silverback gorillas, before the woman steps in to calm things by shouting a little bit louder and little bit shriller than the others. Finish it by having one of the three whispering ‘What’s happening to us? What do we do?’

It could be argued that scenes are influenced from afar by the Slender Man. And if that’s your head-cannon, you knock yourself out, buddy. From a film experience point of view, it’s an infuriating way to deliver dialogue. A lot like it was in The Blair Witch Project (and now you know where I was going with that previous analogy). 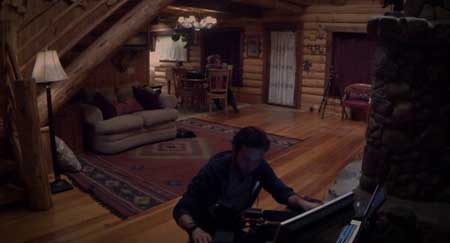 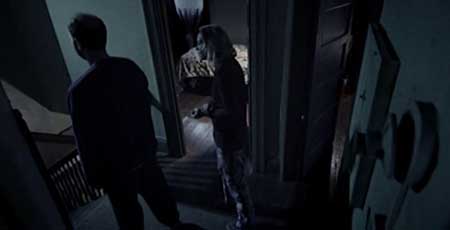 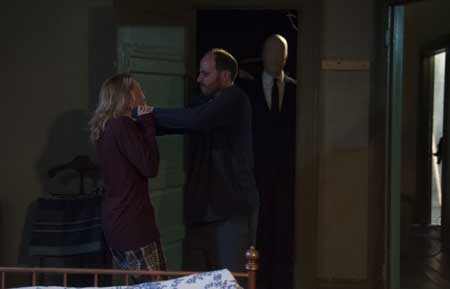 However, persevere through the shouty nonsense of Johnny McLoud and the Decibels, and you’ll be rewarded with a thoroughly entertaining shiver fest. One which is well-crafted and expands upon the Slender Man modern myth without feeling like a shameless cash-in. Always Watching deserves a spin in anyone’s DVD player this Halloween.