1. Max von Sydow
Let’s start this list off with someone who seems like a no-brainer: Max von Sydow, also known as Father Merrin in The Exorcist. However, I include him because he is the only actor who has ever played both God and Satan. He was Jesus in The Greatest Story Ever Told and Satan in the adaptation of Stephen King’s Needful Things, which is actually pretty good. Any actor with those kind of chops deserves a spot on this list. But let’s not forget that he also starred in Shutter Island, Citizen X, Dune, Hour of the Wolf, and The Seventh Seal. 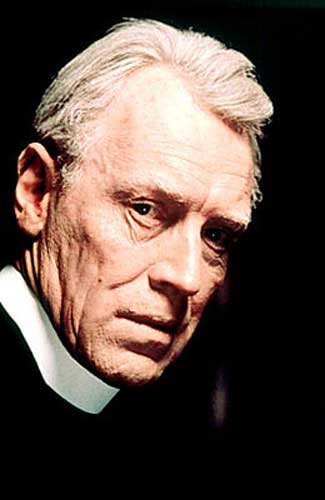 2. Bruce Campbell
He’s played Coward Ash (Evil Dead), Kind-of-a-Hero, Possessed Ash (Evil Dead 2), and Action-Hero-Smartass-Loverman Ash (Army of Darkness), Elvis (Bubba Ho-Tep), and a parody of himself in My Name is Bruce. He’s also a bestselling (and very good) author. Bruce Campbell is one of horror’s greatest actors because he starred in only franchise that actually stayed good as the movies progressed, and when he’s not in horror movies (which a lot of them aren’t), he’s just a good actor. Burn Notice, anyone? Yeah, I thought so. You can’t argue with this one: we all know Bruce is the greatest. 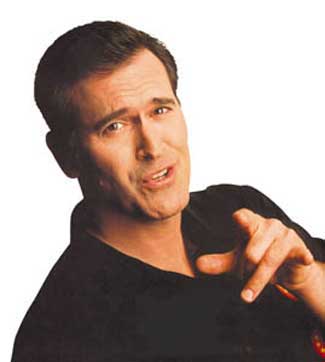 3. Robert Englund
He plays Freddy Krueger. End of story. But, if I must add more, he also appeared in The Mangler and a remake of The Phantom of the Opera that’s not a musical—and it’s actually very, very good. He was also in 2001 Maniacs. 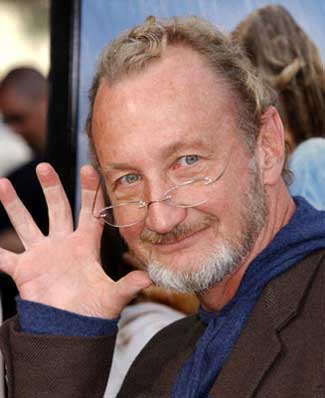 4. Sir Christopher Lee
Did you know Christopher Lee was knighted? Neither did I. Lee has been in 266 films since 1948: that’s impressive. A good chunk of those movies were Hammer Horror. His most recognizable role for the studio was as Count Dracula, but he also portrayed Frankenstein’s monster and the Mummy. He was also the star of The Devil Rides Out and The Wicker Man. Lee earns his spot in the Horror Walk of Fame because his movies helped shaped the second wave of horror films (Hammer), and continued to stay a Hollywood staple. 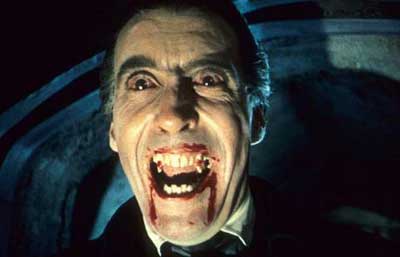 5. Bela Lugosi
In 1927 Bela Lugosi starred in a Broadway production of a play written by Hamilton Deane and John L. Balderston as an adaptation of Bram Stoker’s novel Dracula. The Horace Liveright production was successful, running 261 performances before touring. Soon after Lugosi made his way into Hollywood and the early “talkies.” As legend has it, he was not the first choice to play the Count in his first motion picture adaptation—the original actor they wanted was Lon Chaney (see below), but due to his death, Lugosi got the part. It’s his most recognizable role, and Bela was even buried in one of his Dracula capes (seriously). But let’s not forget that despite giving us a horror icon, Lugosi also starred in many other great early horror films, like White Zombie, The Raven, Son of Frankenstein, Frankenstein Meets the Wolf Man, The Black Cat, and Black Friday. Then he starred in some movies for Ed Wood. Those films were a far cry from his other career-making roles, but hey, work is work. And Lugosi’s work was always good, even if the movies weren’t. Lugosi is a legend, plain and simple, with a long legacy of horror movies left behind. 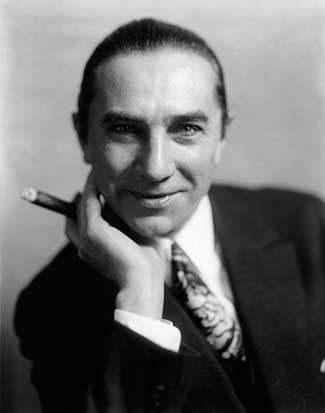 6. Boris Karloff
Although he’s best known for playing Frankenstein’s Monster in James Whale’s Frankenstein and The Bride of Frankenstein, he actually starred in quite a few Universal monster films in very convincing and great roles. Of course, this includes The Mummy. Karloff often worked with fellow horror icon Bela Lugosi, even though they were never good friends, leading to some of the actors’ most revered and enduring productions, beginning with The Black Cat. Follow-ups included The Raven, The Invisible Ray, Black Friday, and The Body Snatcher. He also starred with Basil Rathbone in Tower of London. In one of my favorite bits of trivia, Karloff played Jonathan Brewster in Arsenic and Old Lace (the stage production), and that’s why, in the film, people keep saying that Brewster looks like “Boris Karloff.” Awesome. A little self-deprecating humor is a good thing for the genre, and who better to fool around a bit than one of horror’s greatest icons? 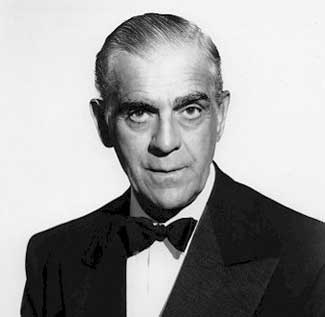 7. Lon Chaney and Lon Chaney Jr.
I put these two together only because they are linked by name and, for most people, careers. However, they are certainly two different people: Lon Chaney Jr. isn’t even his real name (that would be Creighton) and Lon Sr.’s real name is Leonidas. But anyway, the “man of a thousand faces” in effect started the Hollywood make-up effects industry. And his performances were legendary, even in silent film: London after Midnight, even though it’s considered a lost film, still looks awesome, and he was great in The Phantom of the Opera and The Hunchback of Notre Dame. Lon Chaney Jr., who has a very special place in my heart, earns his spot (on this list and my undying love) because he played Larry Talbot, a.k.a. The Wolf Man—the only actor to ever play Talbot exclusively. He also took a stab at The Mummy, Frankenstein’s Monster, and starred in The Alligator People. Both men were legends in Old Hollywood, and both left an indelible mark on horror. 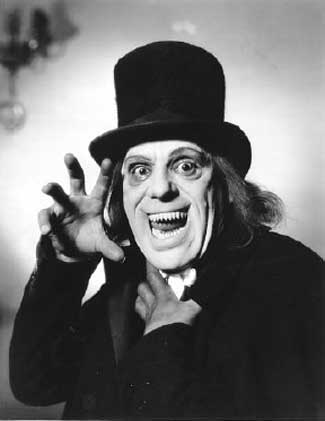 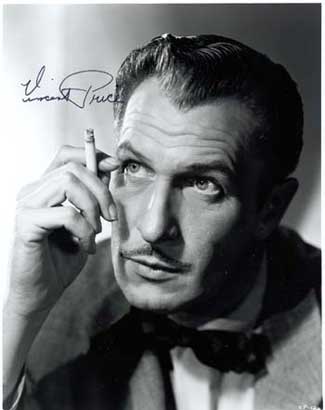 9. Jamie Lee Curtis
You might say that her mother, Janet Leigh, was the original scream queen, but I think Jamie’s got her beat. Sure, Janet is infamous for being murdered in the shower in Psycho, but Jamie starred in Halloween and gave us the first survivor girl. She also played the lead in Terror Train, Prom Night, The Fog, and, even though it’s not a horror movie, she was in A Fish Called Wanda, which is one of the most underrated comedies ever. The original survivor girl: I salute you! 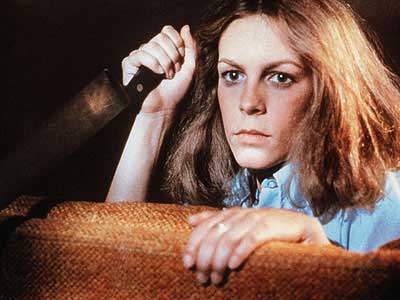 10. Tobin Bell
Tobin Bell earns his spot on this list because he plays Jigsaw (John Kramer) in the Saw series, giving life and depth to our most recent horror icon. He’s also just an awesome actor. 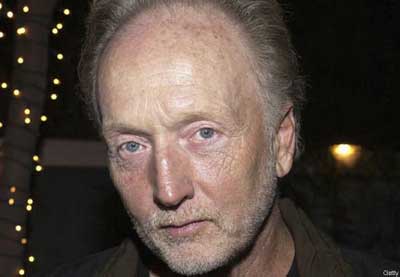 11. Doug Jones
Some of you may be asking, “Who is Doug Jones?” Shame on you! Everyone should know the great Doug Jones. I could go down a huge list the parts he’s played and movies he’s been in, but I’ll just highlight a few. His most recognizable role is Abe Sapien in the Hellboy movies, but he’s also the Angel of Death (quite possibly the coolest and most beautiful thing I’ve ever seen in a movie) and the Chamberlain in Hellboy 2. However, he was also Billy in Hocus Pocus, the Faun and the Pale Man in Pan’s Labyrinth, and, let’s not forget, he played Cesare in the unbelievably awesome remake of The Cabinet of Dt. Caligari. (He was also the Silver Surfer in Fantastic Four.) So, as you can see, he’s got the horror or genre chops to make this list. But what I really want to highlight here is that aside from all these roles, you should know Doug Jones because he’s an amazing actor. You have to utilize a lot of talent to be able to bring life to a character, portray it believably, and make an emotional connection with the audience—Doug Jones can do all that under layers of make-up and prosthetics. He’s a character actor, sure, but we all know that most character actors put just as much or even more life into movies than leading men. 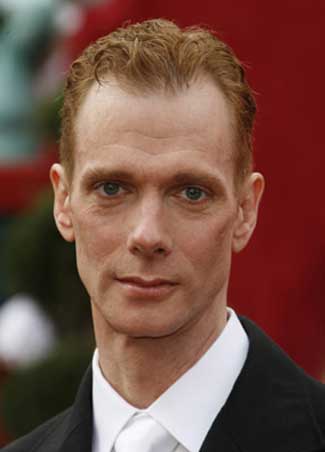 12. Zelda Rubinstein
Zelda starred in Poltergeist and was recently in Behind the Mask: the Rise of Leslie Vernon, one the best horror films of the last five years. Known for her short stature and perfectly creepy-but-sweet voice, Rubinstein has made a big impression with very few roles. She was also an activist for little people and largely active in raising awareness for HIV/AIDS. 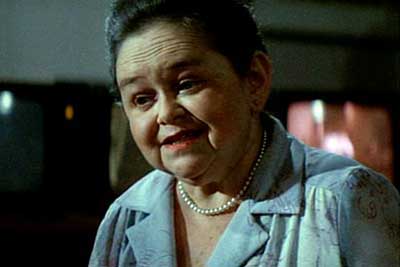 13. Honorable Mention: Tony Todd
Truly, I couldn’t decide between Rubinstein or Tony Todd for the final spot, so I’ve cheated and put in both. I mean, c’mon—Todd was the Candyman! He also has the most beautiful, deep, unnerving voice, perfect for horror movies. He was also in the remake of Night of the Living Dead, Wishmaster, and The Crow. 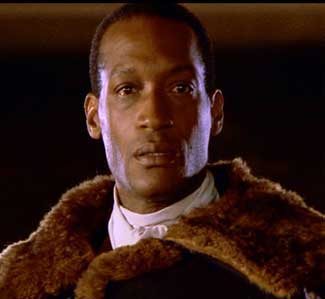