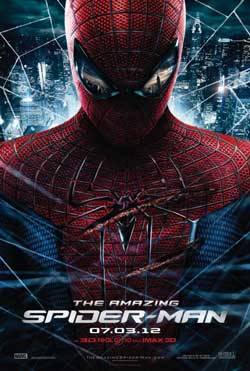 Peter Parker finds a clue that might help him understand why his parents disappeared when he was young. His path puts him on a collision course with Dr. Curt Connors, his father’s former partner.

Why oh why did the “Spider-Man” franchise need a reboot? Was “Spider-Man 3” really that bad? Is the recent success of Marvel franchises like Iron Man, Thor & Captain America responsible for the reasoning here? I haven’t got a clue but I am of the opinion that the series either should’ve been left alone or continued from where the last film left off with a different set of actors essaying the lead roles. Tobey Maguire was getting a bit long in the tooth to continue and I never really liked Kirsten Dunst in any of the previous films anyway. In addition, it seemed like director Sam Raimi was getting a bit bored with the series and a new director might have done the characters some good. But a complete reboot that actually fudges around with the origin of Spider-Man? An origin that everybody and their mother knows by heart already? That sounded kind of dicey to me. But you know what? Director Mark Webb (“500 Days Of Summer) pulls off a minor miracle here and “The Amazing Spider-Man”, while not without some flaws, is a pretty solid entry in the franchise and it looks like we’re gonna have to get ready to see a new “Spider-Man” movie every other year or so.

In this film, the story of how Peter Parker becomes Spider-Man has been tweaked just a bit. He does get bitten by a radioactive spider for sure but the circumstances behind how he got bit have been mussed around a little bit. In addition there is no Mary Jane here as his love interest, we’re introduced to the lovely Gwen Stacy in this film and she was a major character in the comic book series in the 70’s. Here Peter is played by Andrew Garfield (“The Social Network”) and Gwen is played by Emma Stone (“Easy A”). The chemistry between the two is instantaneous and more importantly believable. The script develops the relationship between the two of them in more of an organic fashion and although it grows slowly it feels real, like two teens might actually fall in love. 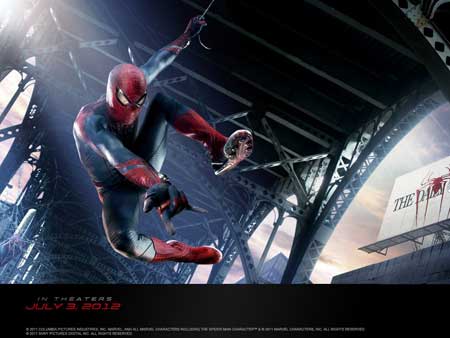 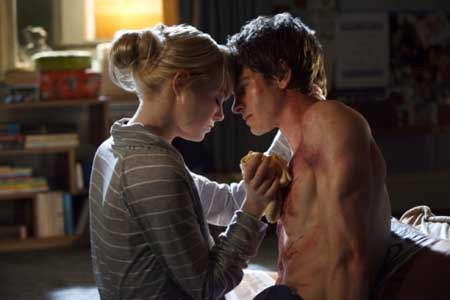 The pivotal roles of Uncle Ben and Aunt May are played here by Martin Sheen & Sally Field. Sheen plays the role of Ben Parker in a more forceful manner than Cliff Robertson did in the first “Spider-Man” film. And Field does the same with her role and although she looks a good deal younger than Rosemary Harris did in the previous trilogy she still provides the understated dignity that the role of May requires. The film takes pains to establish the relationship the long married couple share and it too is believable and well played by the two Hollywood veterans.

In this film, Peter is dropped off at Ben & May’s home as a child by his dad Robert (Campbell Scott) who is on the run from someone who is after a formula he developed that he feels will not be used in the manner for which he believed it would be. He drops Peter off with the promise that he would return but he (& Peter’s mother) never do and Peter is raised by Ben and May from then on. After returning home from school with a bruise on his lip after a altercation with jock Flash Thompson, Peter joins his uncle in the basement helping to clean up a leak when he finds his father’s old leather briefcase. Uncle Ben tells him that his dad left it with him for safe keeping and he had forgotten it was even there. Peter takes it back to his room, cleans it up & discovers a hidden pocket with the formula that his dad was trying to keep away from someone….

That someone would be Dr. Curt Connors (Rhys Ifans), Robert’s former partner. The two of them were working on a way to cross pollinate genes from two different species. The thinking was that if human genes could be cross pollinated with say…genes from a lizard, then the human could generate the ability to fight off certain diseases & even regenerate limbs at will. Humans could live longer, be smarter and stronger too but they couldn’t crack one equation. Or at least Connors couldn’t. Peter does some research (On Google) & gets doc Connors name and where he’s working, then he manages to get inside the building masquerading as someone else & tells Connors that he is Robert’s son & eventually gives him the equation he’s been so desperately looking for. 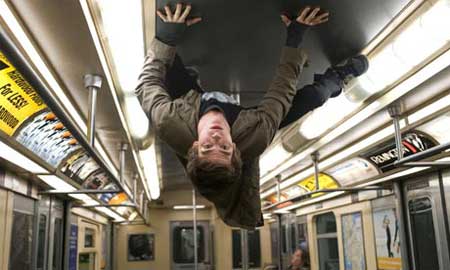 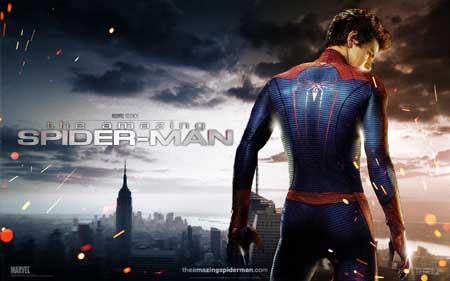 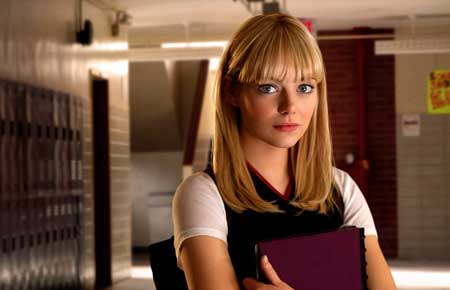 If you’ve seen the trailer then you pretty much know the rest. Dr. Connors ends up testing the serum on himself and ends up turning into the lizard, one of the more recognizable villains from the comic. The CGI used to animate the lizard is really not up to snuff though, he kinda looks like a prototype for the abomination, the villain in the last Hulk film. And even then, he doesn’t look very convincing, especially when he speaks. He looks very cartoonish and the animation just felt rushed to me. The battles in midtown with Spider-Man and the lizard are pretty exciting but they both move so fast most of the time that it’s hard to follow a lot of the action taking place between them.

There are a lot of allusions to the original origin of Spider-Man but if you’re rebooting the series why keep any threads to the first origin intact? I found it more than a bit annoying that so much was made of how this was supposed to be some sort of “Secret” story but really wasn’t. In essence the same events take place here that did in the original, just twisted around a bit. It all came off as a bit disingenuous to me, disingenuous and cloying. I wasn’t looking forward to a new origin story but I WAS expecting one. What I got was the same story with some minor tweaking done to it. 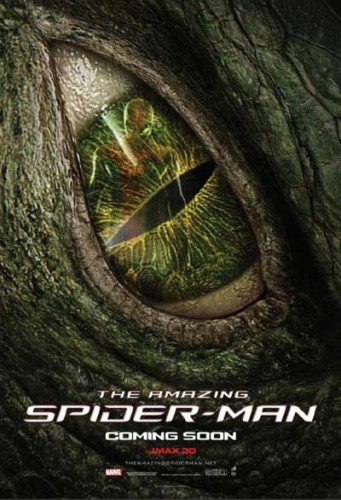 The film does look great in 3D though! Definitely the best 3D that I’ve seen in any of the Marvel slate of films so far, so if you can swing the extra cost to see it in that format do so, it’s worth it. Garfield & Stone are great in their roles and their chemistry has spilled over to real life as they are now a couple. I have to say that Andrew looks a bit older than a high school student though, Stone looks just right as one. Denis Leary plays Gwen’s dad, Capt. Stacy, and he is perfectly cast in the role as well. He projects confidence & disdain perfectly and when he’s onscreen you’re going to be riveted by his performance. Too bad he’s not gonna be around for the sequel…

There are a few silly little plot holes here and there but no deal breakers. There is also the expected Stan Lee cameo (Which is actually funny) as well but why did I feel that something was missing when it was all said and done? I didn’t feel very amazed when I left the theater and this was AFTER the little teaser during the end credits which gave us an idea of what to expect in the expected sequel. It just didn’t excite me all that much quite honestly and these little codas that are now standard in these films should excite the crowd but this one left everyone confused and disappointed. The film is well directed and edited. The soundtrack is easy on the ears also. It all looks and sounds good but there’s a feeling of ennui throughout the movie. Something here just isn’t right…

“The Amazing Spider-Man” rates 2.5 out of 5 shrouds in my book. Marvel has managed to make their flagship character feel second rate somehow, despite the fact that they had a $200 million plus sandbox to play in. It is worth it for some of the amazing visuals, especially in 3D. And the acting is better than I expected it to be but unless you’re a completist I don’t think you need to rush to the theater anytime soon.