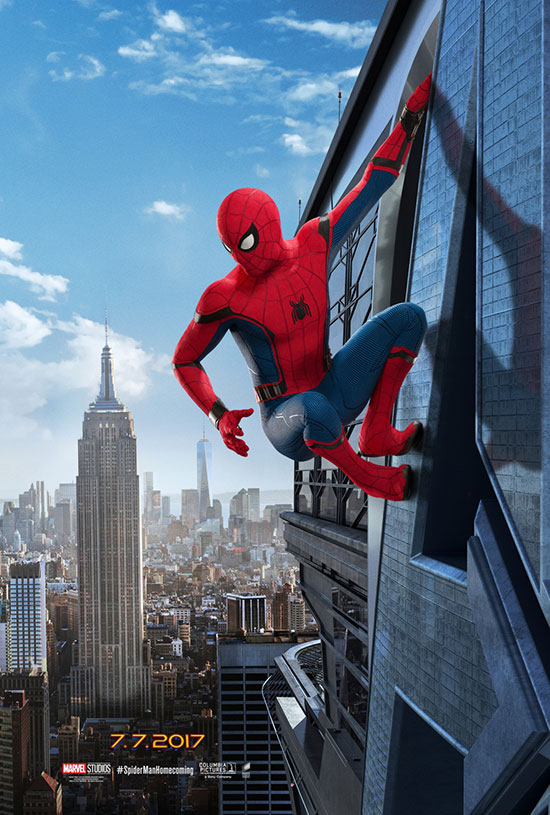 While in the process of trying to become a better super hero young Peter Parker must also face off against the villain known as The Vulture and his cronies as well as the typical drama every teenage boy must deal with.

Let me start this review off by saying that I love Spider-Man. Actually, that is an understatement. He’s been a huge part of my life as long as I can remember and he is just as important to me as horror films and professional wrestling. I can honestly say that I am probably the biggest Spider-Man fan in the world and as such I was really, really looking forward to Spider-Man: Homecoming as I wasn’t a fan of the two The Amazing Spider-Man films that came out a couple of years ago. I was excited about this movie so I went into it with nervous optimism and hoped for the best. Unfortunately after everything was said and done I was sorely disappointed and just didn’t think that it was nearly as good as pretty much everyone else on the planet thought that it was. As much as I wanted to like it I just really couldn’t for a number of reasons and while I’ll admit that it was better than both of the movies that came before it overall I was very underwhelmed and just not a fan at all. 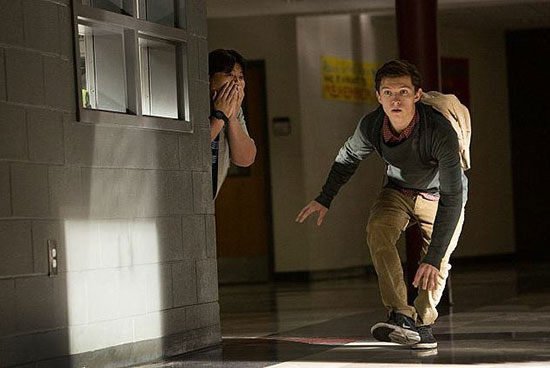 Let’s start off with what worked before I get to what I didn’t like. I thought that Tom Holland did a great job as Peter Parker/Spider-Man and was probably the best thing about the film. He looked the part and I loved the fact that he had a sense of humor because well, Spidey definitely  has a sense of humor in the comics, something that he didn’t really have in any of the Sam Raimi films (though I do love the first one and think that it is the best of all the Spider-Man movies in general). He owns the movie and in my opinion he is probably the best actor to play the part as it is obvious that he just got it and knew the character. I also thought that Michael Keaton did a great job as usual but I’m not so sure he was the right person to play the Vulture. In the comic Adrian Toomes (the Vulture’s real name) is a lot older and a lot more cantankerous (and doesn’t have a wife and kid). Keaton would have been a much better Norman Osborn (my favorite Spidey villain) in my opinion and I really wish he’d played that part instead because I think he would have ruled. He didn’t have the right look for the Vulture and while he did a pretty awesome job there was just something about it that just didn’t work for me (then again I think it is because the character wasn’t written properly as the screenwriters apparently didn’t know anything about him so I can’t really blame Keaton). 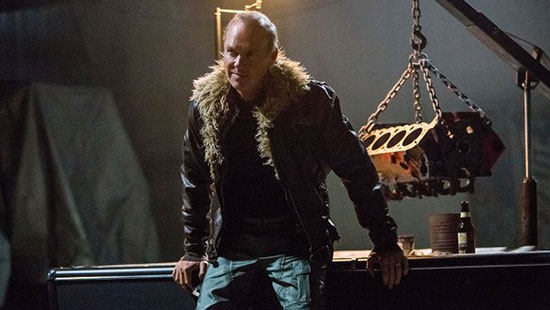 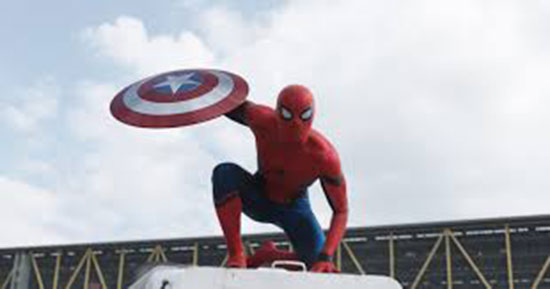 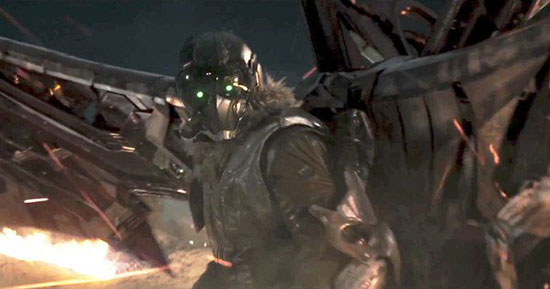 So I guess I should get to what I didn’t like next, right? Sadly I have to say that was pretty much everything else. I thought the script was poorly written and full of plot holes. I didn’t think that the premise was particularly interesting and most of the jokes and humor fell pretty flat. It was apparent to me that the people that wrote it didn’t really know a great deal about Spider-Man or any of the other characters that appear in the comics so they just flipped through a handful of comic books as they were working on the script and threw in some random things that they saw in them so they could make it seem like they knew the source material (such as the bit when Spidey lifts the ton of rubble off himself at one point like he did in the classic Amazing Spider-Man #33 issue back in the day). It just didn’t work for me and felt very forced like the screenwriters were saying “Hey look! We read some of the comics and know what we’re talking about!” even though it was obvious that they really didn’t. 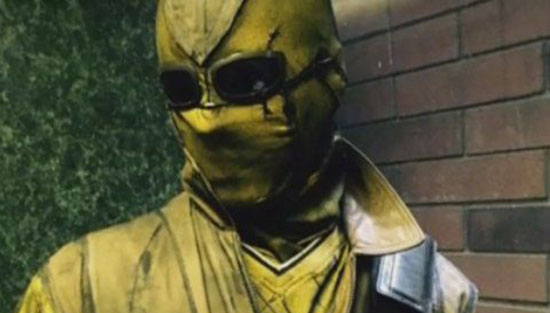 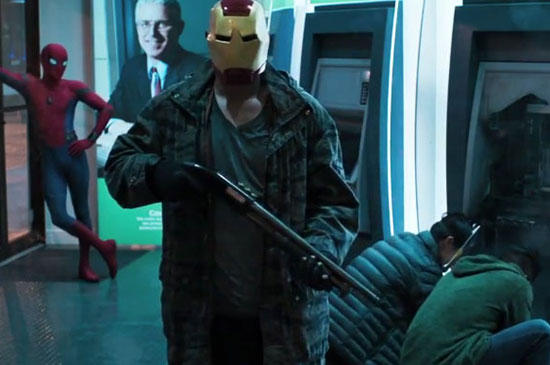 I also hated the fact that other than him having a sense of humor they didn’t get a lot of other things right about Spidey. Why didn’t he have Spider Sense?!?! I mean come on, the Spider Sense thing is pretty important and it is never even mentioned once during the course of the film as people are easily sneaking up on him left and right, something that would never happen in the comics. I also hated that he had a super snazzy suit that had a parachute in it (What?) that operated pretty much like Iron Man’s suit does. The scenes where he is having conversations with the robotic female voice of the suit were painfully bad and just seemed very out of place (plus what was up with him suddenly getting freaked out because he was so high up on the Washington Monument? He’s freaking Spider-Man! He’s been up a lot higher and has never been afraid of heights before). The people behind the movie got a lot of things wrong about Spidey which makes me wonder why they were hired to work on the film in the first place if they weren’t familiar with the character. 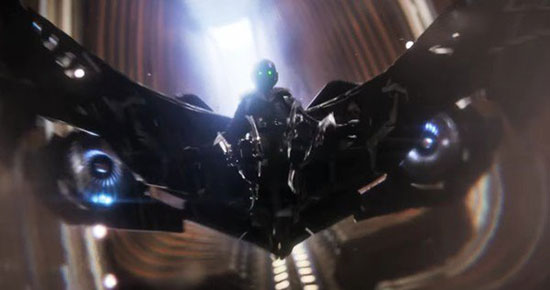 I didn’t really care for any of the other characters that appeared in the film and thought that they were horribly miscast. Peter didn’t even meet Ned Leeds until he was an adult working at the Daily Bugle years after high school in the comics and he is nothing like he is in the movie. The young, hip Aunt May didn’t work by any stretch of the imagination but thankfully she only had about ten minutes of screentime (yeah, I know that she is younger in the Ultimate Spider-Man comics but the one that appeared in the movie was nothing like her either). Again I don’t blame Marisa Tomei as it was more the fault of the writers who also knew nothing about the character. Flash Thompson was horrible (why was he a scrawny kid on the academic team when he is supposed to be a big dumb jock?) and the Michelle character was totally pointless as she did nothing to add to the film. I have a feeling she was just thrown in at the last minute because Disney wanted a part for Zendaya and she was probably my least favorite character in the entire film (though Ned was a close second). Also, did we really need Iron Man in this movie? His “witty” one-liners get extremely old very fast and I hated that he played such a crucial role as it took away from Spider-Man in my opinion. 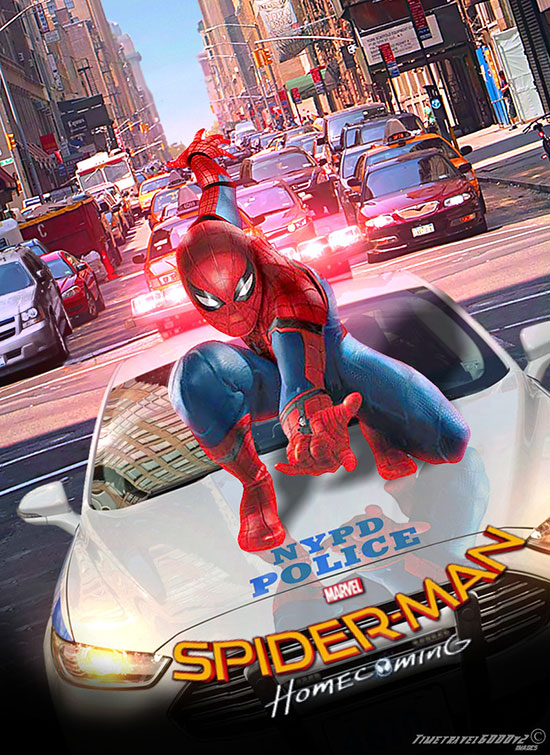 As much as I hate to say it I didn’t like Spider-Man: Homecoming. I really, really wanted to but I realized that wasn’t going to be the case very early on. I could go on and on as to why I didn’t like it (such as the Vulture figuring out Peter was Spider-Man in about 3 seconds at one point and the idiotic ending) but I don’t want to harp on it. I am in the minority here and will certainly get a lot of nasty comments because I didn’t like it but I have to be honest. I thought that it was very overrated and not quite the masterpiece that a lot of other people claim it to be. Then again I am a snob when it comes to Spider-Man and anything related to him so I may be mistaken here. Check it out if you are interested but I have a feeling that it you are a die-hard Spidey fan like me you won’t like it.