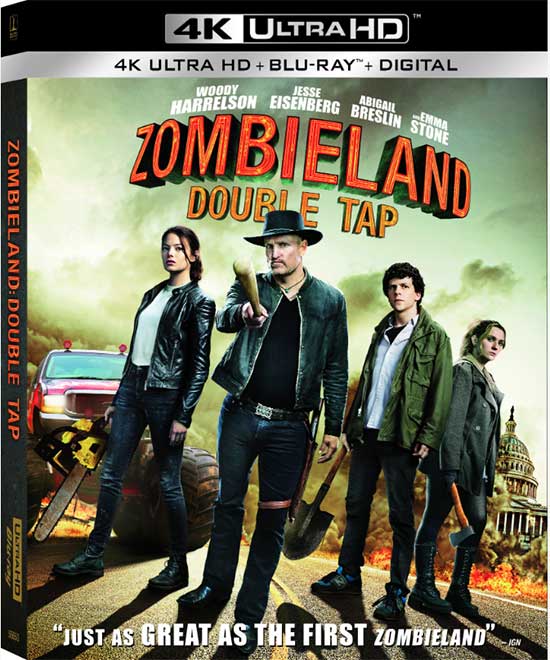 Columbus, Tallahassee, Wichita, and Little Rock move to the American heartland as they face off against evolved zombies, fellow survivors, and the growing pains of the snarky makeshift family.

No pun intended, but I am sick to death of zombies. Ever since The Walking Dead decided to overstay its welcome on AMC, the genre has struggled to catch my interest. For awhile zombies were everywhere and now they’re all dead, which is what makes Zombieland: Double Tap a fun sequel. When the first film came out in 2009 it was a surprise treat for audiences, it was a gory action-horror movie, and funny as hell. It took 10 years for a sequel despite the success of the first film. According to Jesse Eisenberg, we have Deadpool to blame, it’s a long story look it up. But at last we have a sequel, and it is fun but did we need it? 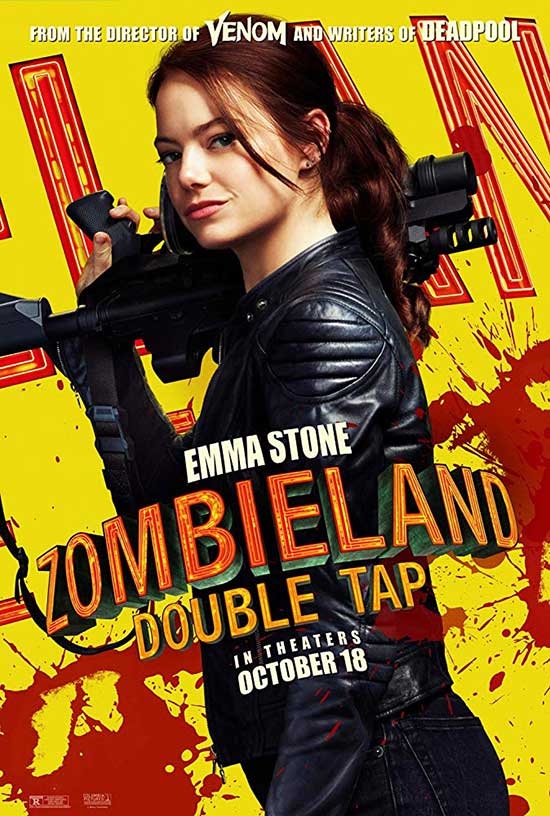 Double Tap picks up 10 years after the first film. Our returning protagonists include Columbus (Jesse Eisenberg), Wichita (Emma Stone, Little Rock (Abigail Breslin) and  Tallahassee (Woody Harrelson). The four have become a family traveling across Zombieland. Even though its been 10 years they still feel like the same group we got to know so well from the first film. 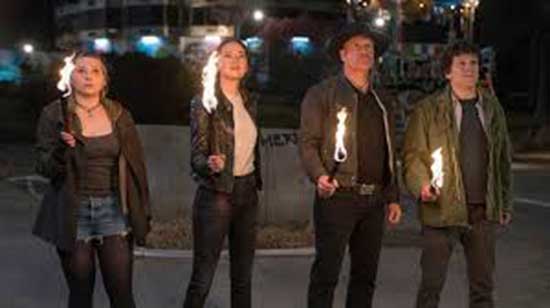 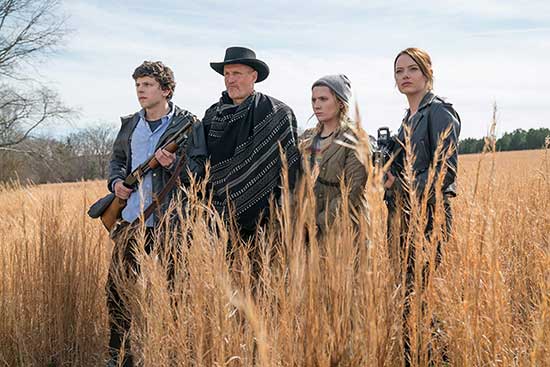 The first film was about finding a family in a zombie apocalypse, this one is about maintaining and keeping that family. Imagine if you only interacted with the same 3 people every day for 10 years, don’t you think you might get tired of seeing them and maybe wanna try to interact with others? That’s the idea that drives the plot of this film as Little Rock sets off with a boy named Berkely (Avan Jogia.) The group sets off and to find Little Rock and encounter new survivors Madison (Zoey Deutch), Nevada (Rosario Dawson), Albuquerque (Luke Wilson) and Flagstaff(Thomas Middleditch).

The standout for me from the new survivors was Madison, the dumb blonde survivor who Columbus meets at the beginning of the film. She’s so dumb and ditzy in such an over the top way, I mean no one could be this dumb in real life, but her character is so likable that it works. 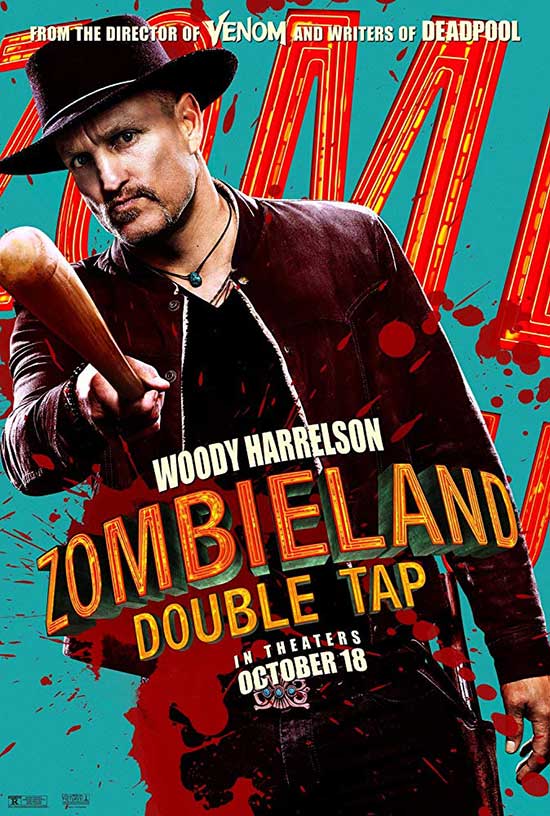 Especially when she’s paired with Wichita and Tallahassee, who clearly cannot stand her and must constantly wonder how someone so stupid could survive so long. Just like the first film Tallahassee has an obsession he needs to be fulfilled. In the first film, it is finding a Twinkie, in this one we find out he wants to travel to Graceland and drive Elvis’s car. Much like the first entry, Harrelson is cleary having a blast playing this character who is the living embodiment of the state of Florida. The banter between him and Eisenberg is just as great as in the first film, although at times it feels as if we have heard it all before. 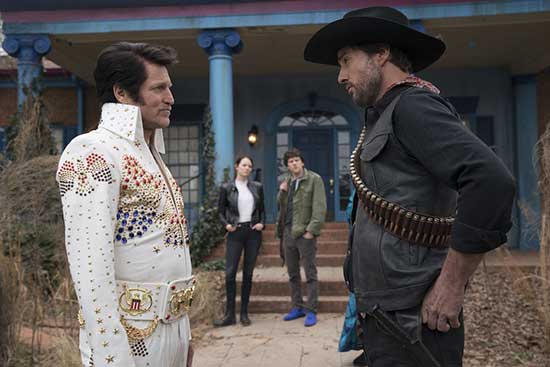 While the film is fun and fast-paced it doesn’t add anything new other than new characters. This can be a problem with sequels to comedies, what else can you do that hasn’t been done?  If you change too much you can lose the audience who loved the first film, if you do the same thing beat by beat it becomes stale. 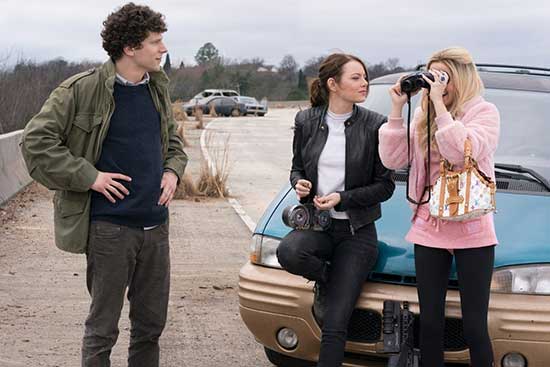 The jokes are funny and the action is good but at times I found myself thinking to myself, I’ve seen this before. But that’s my only major complaint with the film. If you enjoyed the first one you will most likely enjoy this one. Not all of the jokes work, but the witty banter between the characters is what makes it work, as it did in the first film. It’s a big dumb action comedy with great performances all around. It may not capture the same magic that the first film did buts it is a fun and enjoyable experience never the less, 3 and a half stars out of 5 check it out.

Zombieland: Doubletap is now available on blu ray per Sony