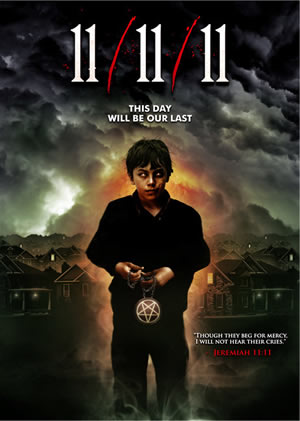 After the Vales family move into a new home, the nutty neighbors instantly begin keeping a watchful eye. Husband and wife, Jack and Melissa, begin noticing their son, Nat, is exhibiting stranger and stranger behavior. Whenever anyone begins to reveal what is going on with the house and the family they soon turn up dead. When Melissa ends up pregnant and bedridden, Jack hires a nanny to continue home schooling their son. As Melissa’s condition worsens and Nat’s behavior turns violent, Jack begins to suspect his nosey neighbors are more harmful than innocent. As his son’s birthday on November 11, 2011 approaches, Jack begins to fear for the safety of his family, not realizing that a Satanic cult believes his son to be the offspring of the devil.

First off, an important disclaimer: this is not the recent limited theatrical release similarly titled film from Darren Lynn Bousman; this one is directed by Keith Allen and released by The Asylum. Known for producing quickie but topical cash in films, The Asylum adds this doomsday themed film to their ranks adding in a mix inspired by every devil-made-me-do-it horror film from Rosemary’s Baby to The Omen. Allen makes an impressive debut as director showing he is a competent director – but lacking imagination or, possibly, the budget to exercise any. The result is a better than average affair. The acting is wooden, the effects are laughable, but the plot is straigthforward and coherent. Without any characters to care about and any scares to keep interest high, 11/11/11 is a bit of a bore; not much happens. Not a disaster but a total waste of time. 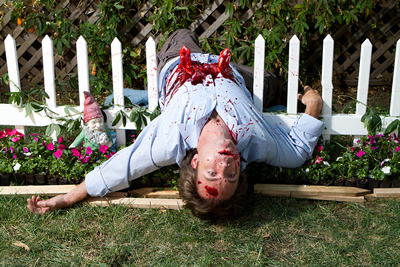 The biggest problem with 11/11/11 is the characters and the wooden acting from just about the entire cast. Everyone delivers their lines but no one is able to tell the story through their emotions or actions. It’s all mannequins on parade. Jon Briddel is the worst of the bunch. His character is intended to carry the film; the plot advances through his eyes. He brings nothing to the role other than exaggerated reaction and a constant puzzled look. There is no connection between the other characters, including his wife and son. Erin Coker brings a little more authenticity to her role as Melissa even if it lacks any depth. Then, just when she begins to get interesting, the filmmakers sideline her by making her bedridden and nearly catatonic for the remainder of the film. Hayden Byerly is acceptable as Nat, the Vales son, as he gleefully begins burning bugs with a glass bottle. He’s brings a bit of menace to the character but is as rigid as the rest of the cast. The standout performance is that of the wacky neighbor who knows the truth about the cult and Nate’s fate. She starts out annoying constantly clamoring for her lost tabby, but eventually she begins to evolve into the film’s best and most interesting character. 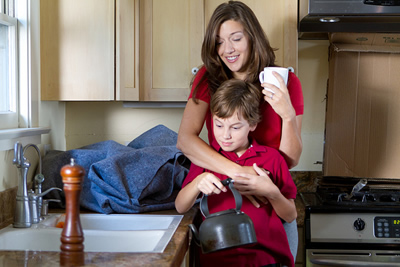 Lacking any flair or individuality, Allen’s direction is workman-like but solid. The film remains focused no matter how silly or mundane the plot becomes. He treats the material seriously and it shows. Even when he faces attempting to convincingly portray a series of bleeding scratching in the living room wall, he gives it his best shot. He is at his best when he is working with Nat and the nanny who comes across as a Megan Fox wannabe. He is able to bring some of the key scenes a noticeable level of tension and atmosphere that shows promise for future films. While never truly successful in making 11/11/11 a palatable film, he is still able to rise above the abysmal script. 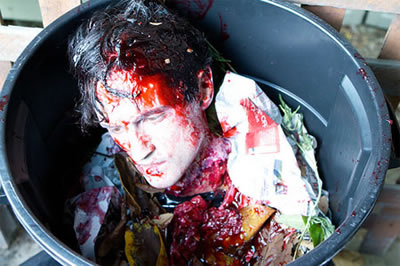 What really hurts this film is the sub par effects and complete lack of scares. Except for one noteworthy kill where a neighbor is impaled upon a picked fence, the effects are never impressive and are, at times, downright silly. Even the picked fence kill isn’t original. Even though the director is able to establish a resemblance of mood, 11/11/11 is never scary. It measures its frights on bleeding walls, bloody rats and a vicious teen-aged nanny with a mean left hook. When it comes time for Melisa to stick her fingers into the eyes of her nurse who is out to kill her, the effect (combined with the films worst acting) is laughably bad. 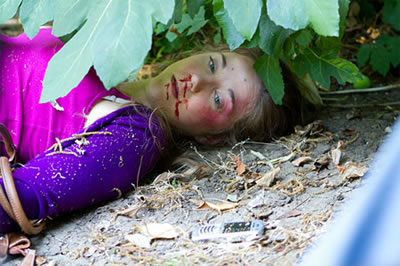 The Asylum’s 11/11/11 is an abhorrent mess, a poor excuse to cash in on the 11 11 11 craze. It’s a cheap quickie that wears its origins on its sleeves. Not all is lost in this uninspired, lazily written dud as the director is able to bring everything together in a comprehensible fashion. It generally looks good and is an improvement over typical releases from this film company. Regardless, there’s very little to recommend with 11/11/11 and it may be best just to let the date slip you by. 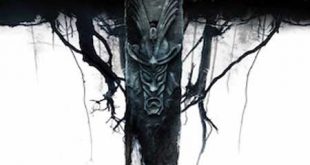