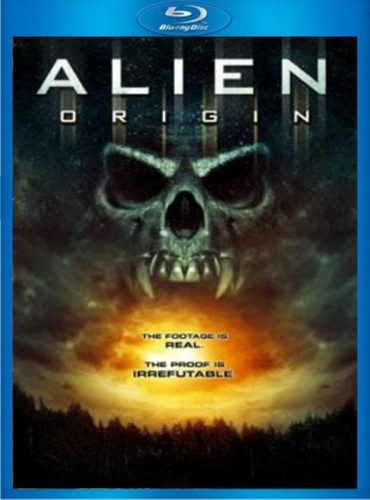 A movie created from “found footage” of a lost military expedition that exposes the origins of life on earth.

My first thought when hearing the title “Alien: Origin” from the folks over at The Asylum I assumed it would be some sort of “Prometheus” mockbuster. Instead, I just sat through a film that ran just under ninety minutes and I feel like I just pissed away an entire day. If I didn’t have to write a full review on the film I wouldn’t. If I could get away with just simply saying “Alien: Origin sucks!!!” I would. So I will try to give you a solid review, back up my claims, and then I can move on with my life pretending that I never laid eyes on this complete waste of time. This is another one of those “found footage” films that I am really tiring of. Add that to the fact that nothing exciting ever happens in the film, what are we left with? A hot, steaming pile of dung!

Julia Evans (Chelsea Vincent) is a journalist on special assignment with the military in Belize to observe and report the capturing of rebel forces along the border. Their mission becomes sidetracked when they come across a boat. They then set out in search of an American archeologist. The archeologist himself was in search of some sort of alien life form. Julia and the military find themselves in the jungle and on the run from a force much more terrifying than anything they have ever encountered and the secret to the origins of humanity is right at their fingertips. 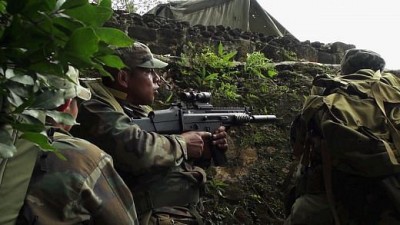 Since “Alien: Origin” was a film from The Asylum, I didn’t expect too much. I was hoping for the fun of “Nazis at the Center of the World”, only to be completely let down. I really just felt that this was a whole lot of nothing. The “found footage” film has been done to death and needs a freaking rest NOW!! I’m sick and tired of watching them. Very few successfully do what they are supposed to and the majority are a waste. This is a waste. The characters are throwaway, no personality or development. Without a single character to latch on to, the film was doomed from the start.

I seriously felt that I was watching people run through the jungle for ninety minutes. They would stop for meaningless conversation for a moment or then would walk through the jungle. Rinse and repeat. When some sort of action does happen, the camera begins to have problems and we don’t get to see much other than crappy CGI muzzle flashes that I can make at home on my laptop. For the icing on the cake, THERE ARE NO FREAKING ALIENS!!! Not a one. They attack sure, we never see them though. Same with the spaceship, camera malfunctions and we get a teeny tiny glimpse of something that may or may not be a spaceship.

The story was confusing and hard to follow. Since “Alien: Origin” is so worthless in my book, don’t even bother. I was only fifteen minutes into it when I realized I was going to fight to stay awake. I lost the first round. I woke up, started the film back up where I had left off. I made it another thirty minutes before taking a dive in the second round. After that nap I started it back where I had left off then survived to the finish….barely. I have no idea what writer/director Mark Atkins was thinking when tackling this. I think it’s possible to make a scary alien film using the “found footage” technique and someday soon it may happen. This is just a complete waste of time to cash in on a title and luring the consumer in with sleek cover art that is reminiscent of something millions of people have grown to love. Don’t waste your money and don’t waste your time. This is just garbage and not worthy of being on a video store shelf. Avoid it at all costs. NO STARS!!!! 0 (out of 5) 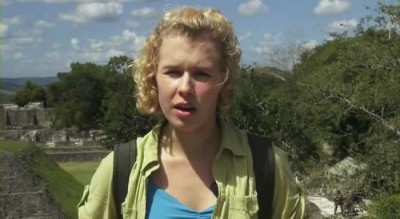