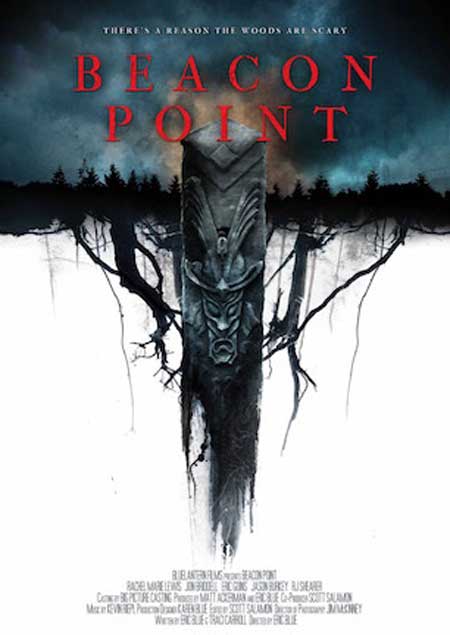 A group of hikers lost on the Appalachian Trail stumble across an ancient secret that threatens their survival.

Beacon Point throws a bunch of people into the wilderness, adds some Native American myth making, a pinch of aliens and slathers it all in superfluous storylines and exposition. 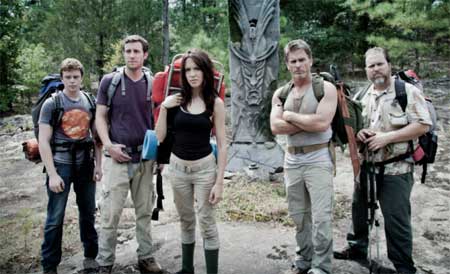 Written and directed by Eric Blue, making his feature length debut, the film follows Zoe, played by Rachel Marie Lewis (Persephone), an estate agent thoroughly bored with life. Having ditched her job prospects in the bin, against the advice of any sensible or reasonable parent, she packs her problems in a backpack and decides go on a group hike across the Appalachian Trail with some likeminded individuals, including a man called Cheese who used to like eating cheese. I have no need to tell you that, it’s just a character trait that’s stuck in my head since I saw the film. Cheese. We have a grown man called Cheese, whose name is shouted with intensity and emotion later in the film. Think about that, being fearful for your friend, shouting out their name and sounding like you’re requesting a top up on a buffet. 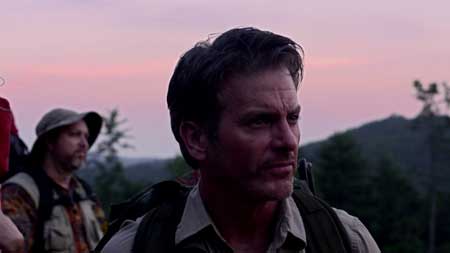 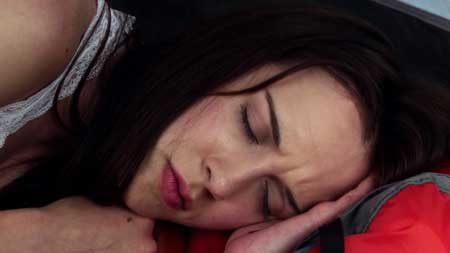 Zoe and the group, which includes a man called Cheese, aren’t just going to do this hike willy nilly. Oh no, they’ve got Ranger Drake helping them out! Hurray for Ranger Drake! Thing about Ranger Drake is he doesn’t look to concerned about the hike, as if somehow his mind is elsewhere. It’s like he’s killed a man. Imagine that! Being on a hike with a man who had just watched life drain out of someone’s eyes. Sorry? That’s exactly what’s happening to Zoe and Cheese? Poor Cheese! Yes, before the first choruses a rousing rambling song can be sung, the audience sees Drake get in a fight with his boss, leading to him being impaled by an antler. Honestly, it could happen to anyone! 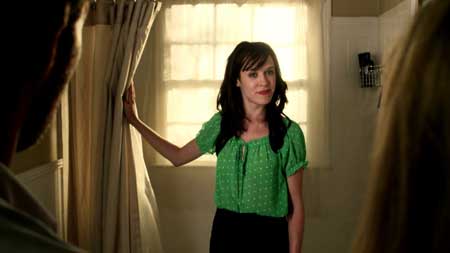 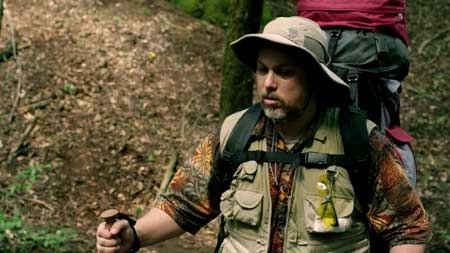 The thing is though, it doesn’t really serve a purpose other than to have Drake worry about being arrested just enough for him to run away by taking his troop off the beaten track. Something the group are bizarrely willing to do simply because they’ve paid good money. Something that seems unreasonable to me, but then I’ve never been a dedicated hiker.

Perhaps imminent danger is the order of the day when it comes to being led out into the forest with a group of strangers. I honestly don’t know, and it honestly doesn’t make sense. Even when they stumble across a mauled corpse of another hiker, it’s not enough to stop them from thinking about their life choices that have brought them to this moment. No, they just blindly put their faith in their heavily distracted ranger, who believes someone else will come to pick up the pieces. Not one person thinks to sacrifice their spot on the group to go back and get help. Not even Cheese, and he’s the kind of man you’d think you could rely. Obviously not. 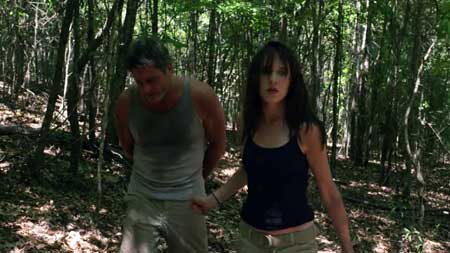 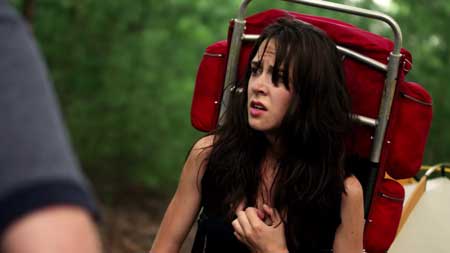 But who left that body I hear you ask? Well, it wasn’t Drake as there are no antlers around. No, it’s down to some kind of malevolent creature that has something to do with aliens and/or Native Americans. After more walking then Fellowship of the Ring, the plot slips into neutral and Beacon Point becomes an exercise in who is going to be the next one to die. 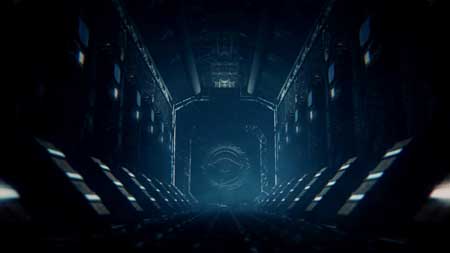 Despite some gorgeous scenery – and I mean that sincerely, this looks absolutely fabulous for an independent feature – Beacon Point doesn’t really know what it wants to do with itself; flip-flopping around till it reaches its ambiguous end. Whilst there’s only so much you can do with the scenario of ‘people get lost in woods and eaten’, what Beacon Point does try to do doesn’t gel and leads to a fairly unfulfilling event. A bit like hiking in a sense.