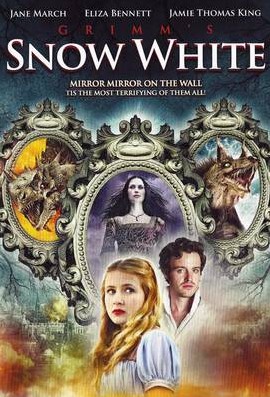 When the King is killed by ferocious reptile beasts, his Queen takes control of the kingdom. She tries to kill her beautiful stepdaughter SNOW, but she escapes into the enchanted forest… 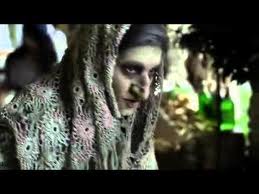 What would the world be like without The Asylum? Those fabulous makers and distrubutors of such screen gems as Titanic II, 2010 Moby Dick, Mega Shark vs. Crocosaurus, Transmorphers, Mega Shark vs. Giant Octopus, The Terminators, and Snakes on a Train. Did the term “mockbuster” even exist before The Asylum came along? And of course I mean mockbuster in the nicest possible way. I really have to give props to these guys, because they pump out movie after movie faster than any other production company I’ve ever seen, and they always seem to know exactly what film to release and exactly when in order to beat the big, highly anticipated blockbusters. AND they almost always include some ridiculously giant monster animal, even when there is absolutely no reason for them to be there in the story. That takes some skill right there. Or at least some good CGI equipment at least. 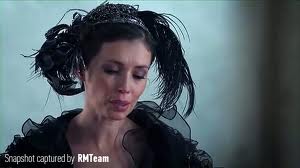 Take Grimm’s Snow White, for instance. Now I have read the original story, and I have read the Disney version. I have seen two animated feature film versions and watched multiple live action film versions (I LOVE Snow White: A Tale of Terror starring Signourney Weaver and Sam Neill). I’m fairly certain I know all of the little ins and outs of the plot by this point. And I don’t remember EVER seeing giant reptilian monsters in this story before. But sure as heck The Asylum managed to get them in there. Along with elves and magical green flames and giant hyena-dog-things and elf ninjas. Let me repeat that in case you missed it the first time – ELF NINJAS. Which I know I would have remembered if they had made an appearance in the source material. Just out of curiousity, how much of the original source material do you need to follow to be able to include the author’s name in your title? Shouldn’t a movie called GRIMM’S Snow White be, I don’t know, the Grimm version of the story? I get what they were trying to do here, and that it is necessary in this year of the Snow White films to differentiate your movie from the score of other movies, but still. It isn’t like it really needed to be changed that much from the source material. The original Snow White story is pretty damn creepy and dark. It makes a perfectly good horror film foundation just the way it is. But I digress. Let us talk more about THIS film version of the classic fairy tale. Here we have a mystical world where a star once fell from the sky and landed with a might green and flamey thud on a cliff top. Soon kind-of magical elves and giant green savannah monitors (they are lizards, look em up) wearing armor are fighting over territory and flamey magic and whatever else they can think of. There is some kind of balance though, until the humans come along and mess that all up. Soon they are building kingdoms and getting eaten by the reptiles and treating the elves poorly. The Evil Queen comes along and decides that she wants the heart of all flamey magic and is going to steal the green star thing right out from under the noses of the kind-of magic elves and the giant green savannah monitors. She gets the king killed off and sets her sights on marrying Prince Charming who happens to rule the kingdom where the flamey magic resides. But HE wants to marry Snow White (who does not look at all the way she is supposed to – she’s all blonde and Alice in Wonderland looking really). So Evil!Queen sends Snow off to get killed but she is rescued by some elves (no dwarves here apparently) who don’t really like her but keep her anyway because … I guess they just do. PrinceCharming almost marries Evil!Queen, SnowWhite stages some kind of rebellion, the elves go to war to carrying sticks and twine, and eventually there is a happily ever after because this is a fairy tale after all.

There are so many ways in which this epic manages to fail (haha, epic fail, get it?) that I don’t even know where to start. First off, giant reptilian monsters? Really? They have absolutely NOTHING to do with the actual plot. They are just a convenient way to kill off characters and give people something to do while traipsing around in the woods. Next, the elves have enough magic to cause earthquakes, heal the dying, and turn relatively young ladies into super old ladies (who look like rejects from special effects makeup classes). Why are they so downtrodden if they are so powerful? I wouldn’t let some Evil!Queen push me around if I had the ability to just earthquake her ass into a hole in the ground.

When they finally decide to go to war against the Evil!Queen, we are treated to the least impressive motivational speech ever by the surliest of the dwarves … I mean ELVES, sorry … followed by all six of them (no extras must have been hanging out looking for work that day) marching across a field to what I could almost swear is the same music from Lord of the Rings: Return of the King. It was an incredibly underwhelming scene. The elves don’t manage to hold their own very well once the fighting begins (obviously) until, miracle of miracles, they are rescued by … dark elf ninjas. I am not making this up. The dark elves swing into the area on vines (a la Tarzan) in funky black pajamas and start wacking people with swords. I’m not sure what the filmmakers were going for here, but I laughed so hard I fell off my couch.

To be fair (why not?), there were a few redeeming qualities I found in this film. All of the British sounding people were actually British (I looked them up). I appreciate that, as I watch enough shows from England to where fake British accents sound really awful to me. Eliza Bennet (who played SnowWhite) wasn’t a bad actress. She wasn’t what I picture when I think of the character, but she did her best. Plus, I love her name (and you would too if you loved Pride and Prejudice like I do) and she was great in Nanny McPhee. Jane March, the Evil!Queen, wasn’t awful either. I’d seen her before in The Lover, Dark Prince: The True Story of Dracula, and the Clash of the Titans remake. She wasn’t what I would call truly wicked or nasty, but I think Sigourney Weaver set the bar pretty high for the role and it would be tough to beat it (I must admit I’m excited to see Charlize Theron take it on in her own movie version, she is definitly gorgeous enough, but can she do evil?). And the prince was cute, but I found myself distracted because it turned out PrinceCharming was played by Jamie Thomas King, not only of The Tudors but the man made famous (infamous) as being the guy who got run over by the lawnmower in Mad Men (best scene ever almost totally).

In the end I can say with all honesty that Grimm’s Snow White was about what I expected it to be. It was silly and full of CGI monsters and it took a familiar story off in its own wacky direction. It wasn’t really better or worse than any other movie from The Asylum I’ve seen, though I would rate it higher than 2010 Moby Dick (once the whale jumped out of the ocean and wiggled across and island it was over for me) but maybe not as high as Mega Shark vs. Giant Octopus (the shark eats a plane, a PLANE!) 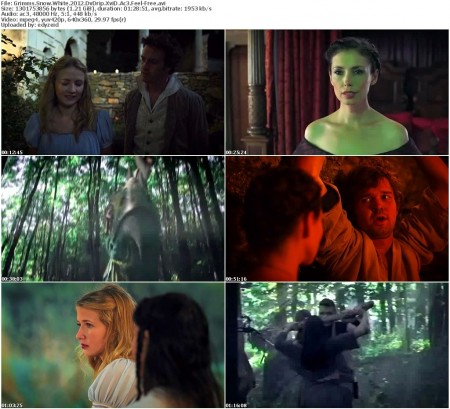