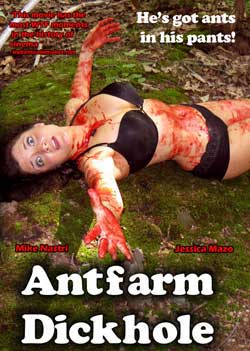 Hailed as having “the most WTF moments in movie history” Antfarm Dickhole is the story of rampaging army ants that have nested inside a living human body. The unwilling host discovers that when bullies attack him, the ants defend their nest. Thus begins a tragic tale of what happens when the powerless become powerful

The name of this movie is about as ridiculous as the film itself. So don’t come expecting it to be “Scarface”. If you’ve already scratched your head, then you most likely soon realized that the film is by none other than the Bill Zebub group.

However, upon beginning the viewing of this film sent over from the MVD group, I did ponder if Bill was bored one day and announced…”You know what we’re missing from the collective? A movie with ants that crawl into a penis! Yep, keep going, keep going… Then, once they complete their mission, you (turning to his actor) can dry hump various open holes (like a car exhaust) releasing them upon naked chicks. ” 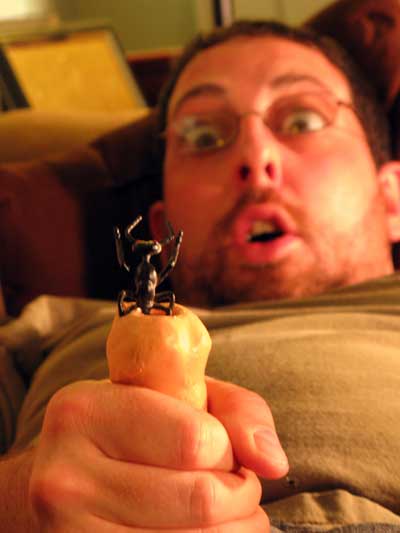 Why are the chicks naked, you ask? I’m not really sure, they just end up that way and it makes for good viewing. They might start out clothed (or maybe not) and then …whoops….. clothes gone! Brilliant, they all rejoice!

Oh, ya, and we won’t question the idea that often women will simply just show up in their panties without dis-robing first. That should add a some flair…

“Antfarm Dickhole” I believe was created purely for the ability to announce its slogan…”he’s got ants in his pants”. The ants used are obviously rubber bugs, the kind you buy from the kids section at Walmart. And for attack purposes they are simply thrown onto some form of naked body of which we have to look within ourselves to believe that the victim was just attacked.

I also have to ask…. if one of the actresses goes down on a (obvious) fake penis while completely naked…is it considered p*orn? Ok, well then, what if she pulls a vile of red ants (fake candy-looking ones) from her cooch and pours them “into” the penis? Ya, thought that would yank ya. Good times ahead, you betcha. 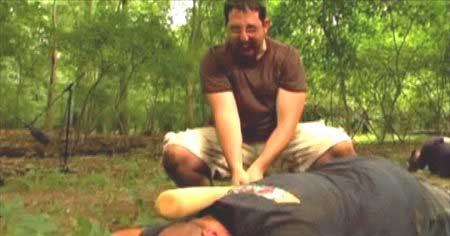 Bill and his friend in the mean time discuss life, converse about being bullied or jacking off (no necessarily in that order). They become more involved in discussions that are seeded with the realization that Ant-drew has a antfarm d*ck. Not that, that is an issue now, but that Ant-drew is brewing with hardened confidence. As he takes on a group of thugs, he proclaims that he’s packing an “army” now (hence army ants)

We tend to see way to many shots of penis in this film though the prop resembles more like silly putty thrown together in the shape of a d*ck. So there’s your sign….

Bill Zebub directs and stars in the production with his harem of on call titty flashers standing by. If you are thinking that there’s not enough male content here….well, every one other scene is a boob or crotch showcase.

The movie is filled with one-liners usually associated with “ant” humor, so pay attention with “ant-ticipation”. (falling in love with “ANT-drea”, “Mary-Ant”, “Ant-toin”…etc) If the lines don’t directly involves ants you can look forward to cheesy lines like “Well, I may have good tastes, but I taste good”. It’s all tongue and cheek humor that never attempts to be serious. 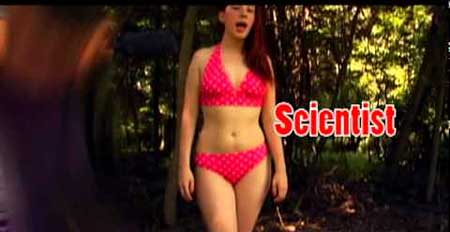 What is the attraction here AND with the cheesy titles? From looking at the Zebub empire, these films are created and then made soon to be out of stock. So past exploits are left to collectors who had to keep their Bill Zebub shelf up to date. The films such as “”Antfarm Dickhole”, are silly, shot cheaply, and created purely (would be my guess) for the single act of calling a few friends over to enjoying over a few beers (and of course slip in “Dickhole”…..note to self, this review is the most I’ve ever had to use that word). “”Antfarm Dickhole” employs the talents of a few strippers who bare all while supporting its ridiculous premise. It’s not even sufficient to call it exploitation….rather I prefer Zebub-ploitation (cause you can bet there will be more)

“Antfarm Dickhole” is a disgusting little maggot of bad baste sure to win your heart with nonsensical script writing.