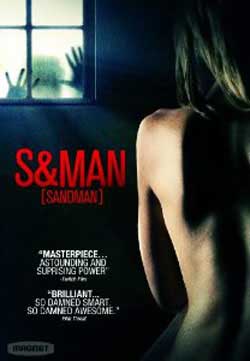 Exploring the parallels between film making and voyeurism, director J.T. Petty aims his camera at the world of underground horror films, interviewing scream queens and scholars and finding one auteur whose snuff series seems all too convincing. This thought-provoking documentary constantly compels viewers to question whether the grisly images they’re watching are the real deal or elaborate fakes — and whether Petty himself has ulterior motives.

Hello to all of you my friends & enemies alike. I prefer the enemies to the friends by the way. It’s good to be hated, it keeps me sharp & on point. But don’t get this twisted up f*ckers, I’m not scared of any of you. I don’t sleep with one eye open in my Mausoleum (I actually don’t sleep much at all). So if you have a beef with whatever The Black Saint says in my column then bring it!  I’m very easy to find & too old to run so when you wanna dance with me you will find a very willing partner….f*ckheads. 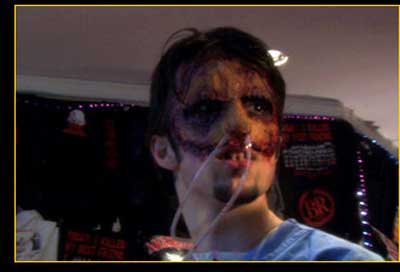 But enough of that silliness, I’m here to inform & entertain not to threaten anyone and with that in mind I bring to you a review of a little film that left a big impression on me & on everyone who’s seen it. I’m talking about J.T. Petty’s “S&MAN”.

Ostensibly, “S&MAN” is about the differences between basic horror film making & voyeurism and in fact if there are any. But instead of using what you & I would term classic horror films or films in general he examines the world of Fetish films. By fetish I mean basically “Snuff” films where victims are raped & murdered in a variety of (simulated) ways. It would seem that the most notorious of these films are a series of films called “S&MAN”. In this series, people are unknowingly filmed by a camera & we become the voyeurs. These films are “Directed” by one Eric Rost. And Petty spends a lot of the film’s running time trying to get into Rost’s head & find out why he does what he does. There are also interviews with Fred Vogel of ToeTag productions (The “August Underground” series) & Bill Zebub (“Jesus Christ: Serial Rapist, “Kill The Scream Queen” among others). These interviews are woven into the fabric of the film to give us a better idea of this type of extreme film making. And it is extreme to the motherf*cking max people. I have heard about the “August Underground” series for quite a long while & while I was always curious about them, I never took the plunge & actually watched one. Now before I continue let me make this perfectly clear: I am no prude…I’m The Black Saint & if you have a camera & $50 bucks laying around you can make a film and I’ll watch it. No worries. But Fred Vogel is one sick f*cker & I’m not too sure I want too see any of his films. Not because I find them morally reprehensible but because they’re so damn real…. 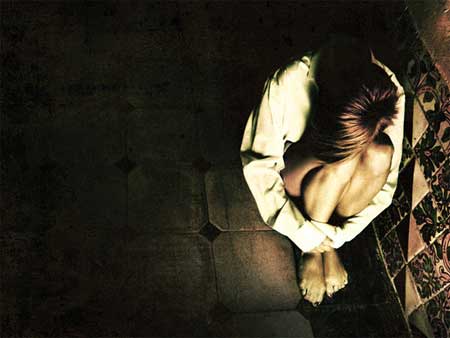 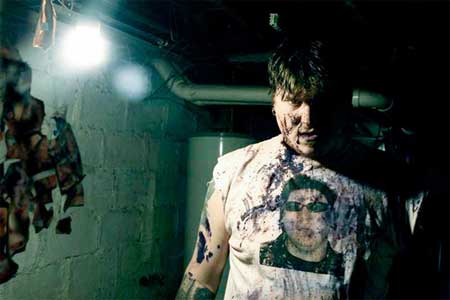 But as real as Vogel’s film see to be. The “S&MAN” series is even more disturbing. With none of the gore or extreme violence that Vogel’s or Zebub’s film display. The S&MAN series are basically a series of films where Rost just arbitrarily picks a subject (all women so far) & then simply follows them around surreptitiously. From a safe distance he follows them on a day to day basis, just getting a feel for their lifestyles. He finds out where they live & breaks into their homes when he knows their not at home & rummages through their belongings. In essence, while watching these films (of which there are clips from throughout the movie) we become Eric. We are the voyeurs who are following these people & learning more about their lives…becoming them in a way. Eventually Rost kidnaps his target & murders them somewhere secluded. During these scenes he puts his camera on the ground & proceeds to murder the victim & we are witness to this. It’s almost as if we are accomplices to this because of him putting the camera down so we can watch him perform his grisly acts of murder. I got the sense of Rost trying to entertain me by doing what he does. Mind you, he doesn’t mutilate them in any way (at least not on the clips in the film) they’re usually just strangled & then I assume buried because his clips end with a shot of a shovel…nothing else. 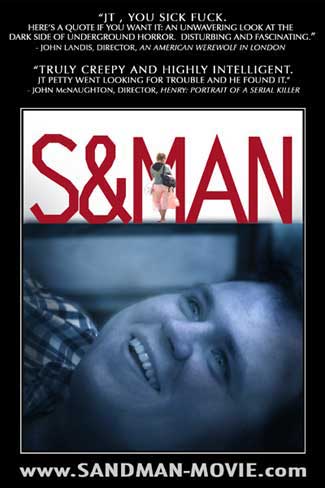 Here is true horror people. Here is something that happens everyday somewhere in the world many times over. Innocent people are murdered every day for no apparent reason except to fulfill someone’s basest desires. Not in a gory, over the top style but in simple, efficient ways. Not only is it disturbing but it hits home because it seems so real & we are a part of it. Terrifying, absolutely terrifying.

There are also interviews included with “Scream Queen” Debbie D. who speaks about her take on performing in some of these films & what she will & won’t do. She performs in what are called “Custom Tapes”. These are tapes that are requested by individuals & they pay the fees to have the film made with the knowledge that the company owns the film upon completion & will be sold by them. They usually cost between $1500-2000 dollars. Basically someone could order a “Girl strangled in a bathtub” movie & these companies will make them for you for the right price. Debbie does a lot of these films & explains her “Style” while performing in them. She’s basically up for anything except hardcore p*rn & I get the impression that for the right price she’d dive right into that as well. She swears that by performing in these films she will be seen by a someone…someone who could make her an “A” list actress. Lots of luck to her. She certainly knows how to sell a death scene. 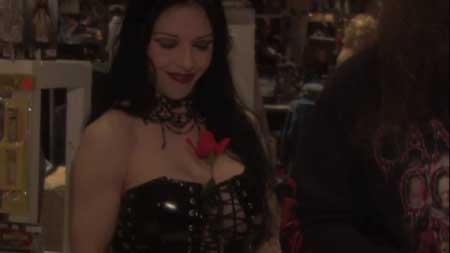 In addition there are professional opinions about these types of films interspersed in the film by Professor Carol J. Clover (author of “Men, Women and Chain saws” & although she doesn’t look the part of a horror film expert, she definitely knows from what she’s talking about. In addition Dr. Richard B. Krueger MD who is a Forensic Psychiatrist &  his wife Meg S. Kaplan PhD who happens to be a sexologist drop in from time to time to offer their opinion of the kind of people who make these kinds of film. All of them are credible with their words & Prof. Clover especially seems to know what she’s talking about & is someone I’d like to speak with one day. 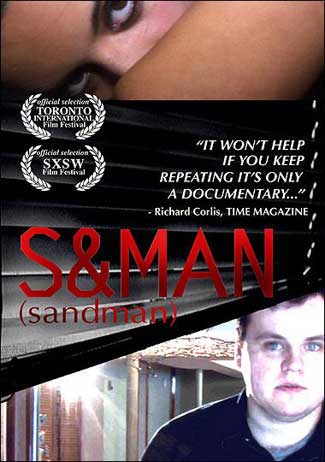 Director/Writer J.T. Petty (“Soft For Digging”, “Mimic 3” & “The Burrowers”) narrates this “Documentary” efficiently & all who are interviewed open up to him without remorse. Especially Mr. Zebub who is one sick f*cker. But the main focus of the film is Mr. Rost & his style of film & what he wants to accomplish with them. To look at Rost (who is actually a fairly non-descript looking fellow, certainly not someone who you would expect to make these films) is to look at a genial individual who is actually hiding a lot behind his blue eyes. When he looks at you eye to eye there is a palpable chill there. There is an inherent evil beneath his ordinary, non-descript features. He is truly the scariest character in the film & his films are the most disturbing of all of the film scenes shown because they are the simplest ones. The “Peeping Tom” style of film he produces are by far the most disturbing because they can happen in real life & probably are right underneath our noses…. 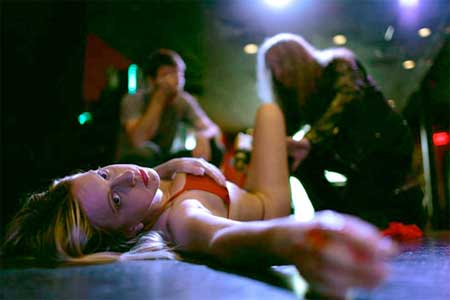 I have to end this review by letting you know there is a twist going on throughout the whole movie & you really can’t figure it out until the film is over & you check in on the “Special Features” menu. I’m not gonna give it away (You all know I don’t give out spoilers & f*ck all critics who do) but it will surprise you. It sure surprised me. But it doesn’t take away from the brutalness of what you just saw. You won’t forget “S&MAN” because after it’s over you’ll realize that people like this do exist & these films are really being made & someday one nutjob will watch one of these & think to himself “Hmmmm, I can do that”. But for real & that my acolytes gives even me a chill down my spine. “S&MAN” will be available on DVD/BLU on Oct.12th & I suggest you pick it up immediately because it is one of the most dangerous & powerful films It has ever been my privilege to see. I won’t ever forget it. Neither will you……