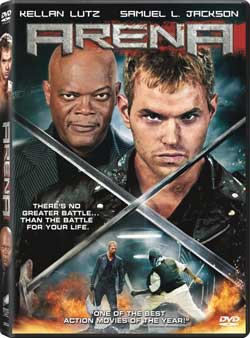 David Lord finds himself forced into the savage world of a modern gladiatorial arena, where men fight to the death for the entertainment of the online masses.

Now here’s a movie made for the simple man. You got Samuel L. Jackson playing the bad guy, an online gladiator game and death every few minutes. The intro has 2 fighters battling to the death with lethal weapons in hand.

As the onlookers across the world look over the Internet and place bets, you can be sure that only one will survive. The game is pretty simple. They battle and as the loser approaches death’s door, viewers can vote whether to execute him. A masked executioner comes walking on and chops him to bits. Now there’s an intro! Though does the film have any substance? Well, this is might not be a date night movie, but it’s surely one to grab a few beers over. 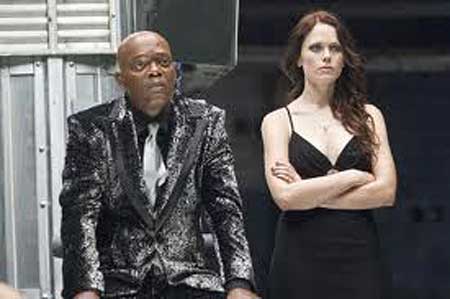 Our main character David Lord played by Kellan Lutz seems to be enjoying his current way of life. His wife is pregnant while they both appear to be really happy. Though one accidental car crash ends that reality and David is left alone. With only his fleeting sanity to hold onto, he hightails it for Mexico to drink away his sorrows. This is when he meets Milla (Katia Winter) and finds himself knocked unconscious to be thrown into the “pit”. 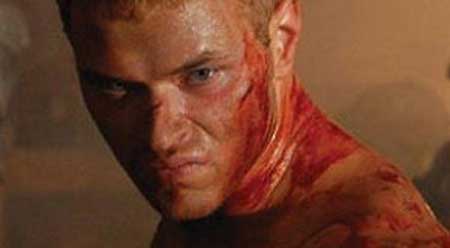 As a caged warrior…. so to speak, David is forced to participate within the tournaments to the viewing eyes of the world. Samuel L. Jackson is the uncompassionate Logan who runs the whole operation. His sidekick Kayden (Johnny Messner) is the enforcer of the team who appears after each match dressed in an executioner garb to finish off the loser (per decapitation). He manages their team of militants who police innocent victims into becoming fighters. David Lord happens to be one of their new recruits. 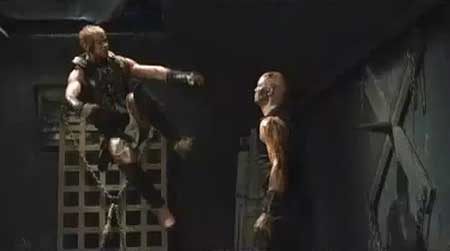 On the surface, Arena is a simple movie that pits one fighter against the other in tournament form. The settings change per CGI backdrops which are engineered by 2 lesbian Asian hotties. Logan, oversees each match and collects the profits from online bets. The operation is kept underground despite the fact that they are being hunted by the FBI, CIA, and every other military operation.

David Lord who commits to a bet on freedom agrees to take on 10 matches in exchange for release. This unlikely antihero takes o the battles like a champion and slays one challenger after the other. It becomes so frequent that his unbeatable reign and violent streak seem to escalate into a level of enjoyment.

The film moves pretty rapidly even welcoming the appearance of Derek Mears as Brutus Jackson, one of the bloodthirsty challengers. Fans of these style films will find all they are looking for with plenty of scar-filled battle scenes. The movie even ends with a clever twist, but you’ll have to catch some viewing time for that tidbit.

“Arena” echoes several films but takes its own road of delivery. A few that comes to mind are “Running Man”, “The Tournament”, and a slice of “Death Race”. The theme here is a product of gladiator style movies which are used in a creative manner. The online factor just brings the event into modern days with a techie addition feeling. I thought this was a great action film, one of the best of the year. I would have to say it’s definitely geared to a more male target audience, but the women will still enjoy Kellan Lutz’s charisma.