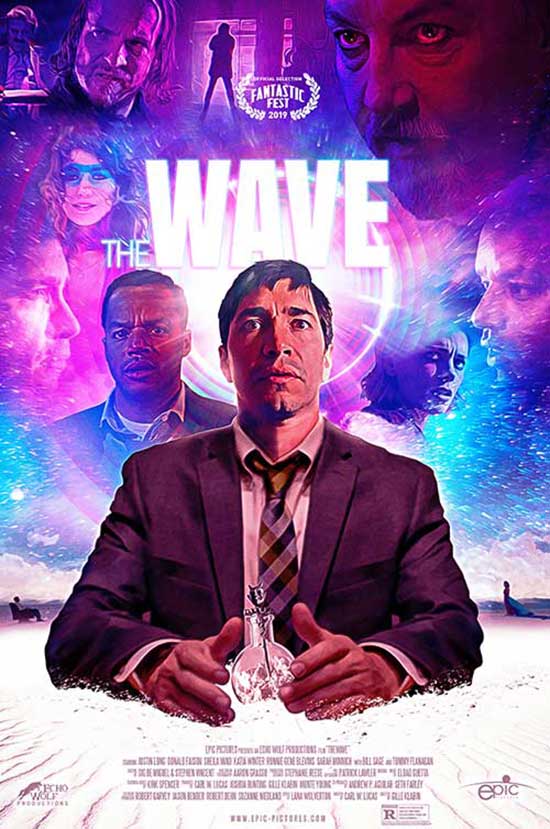 An insurance lawyer goes out on the town to celebrate an upcoming promotion with his co-worker, Jeff. But their night takes a turns bizarre when Frank ingests a hallucinogen that completely alters his perception of the world.

Through most of my childhood and adult life, my film watching has been accompanied by only the comfort materials associated with the whole viewing experience: cushy seat, perhaps a cupholder, and an ample supply of popcorn and cola to help digest the experience. On occasion, however, other more adult substances have wormed their way into the cinema excursion (an ounce or ten of alcoholic beverage or other mind….uh…altering substances). It would mostly serve to make one forget the movie they are watching entirely. Still, there are a few notable pieces of celluloid where a sufficient hallucinogenic elevation adds to the entertainment value of watching. Pink Floyd’s The Wall, from 1981, has achieved almost a rite of passage/badge of honor level in this regard.

The more that is imbibed, the more is understood with that picture. Now, those days of cinematic expanse of the senses have long since been gone in much the same way that the hair has disappeared from my scalp! These days I still catch the visually trippy fare, yet am oddly able to discern the meaning behind the bizarre imagery and sound without external aid. Is it either a certain commonality in experiences with the main character or just a better understanding over the years of Film Construction 101 courses? I like to hope it is more the latter but I must begrudge that a dollop or two of the former is possible considering patches of my hellion youth. The Wave, from director Gille Klabin and the folks at EchoWolf Productions, is one rollercoaster-ish visceral voyage through a young man’s psyche.

When you strip away the layers of twisted sights, sounds, colors and other sense stimuli that are presented here by Klabin and company, the story at its base is rather straightforward in telling and somewhat familiar in feel, yet compelling all the same. Frank, a tightly-wound young insurance lawyer, is so focused on climbing the financial success ladder that he’s unknowingly fallen into the deepest of career ruts. He is unhappy both at the office and at home with a shrew of a wife. One night, while partying at a club with friends, Frank is offered a new, potent drug by a dealer who promises the trip of a lifetime. Seeing the opportunity for temporary release from reality, Frank seizes on it. What follows is one hell of a bender that has the legal eagle doubting his sanity at nearly every turn. As his travel progresses, he actually finds who the real guy is. Transformation through biochemistry (though not quite in the way Robert Louis Stevenson imagined with Jekyll and Hyde).

Considering the background that Klabin has helming music videos and commercials,  I was quite surprised at the languid camera movement and attention to characters that often belie the hyperkinetic, quick burn into the memory style usually required for works done in five to six minutes or less. Klabin allows writer Carl Lucas’ characters and crisp  dialogue ample time to shine, offering the fluid (and stark, at times) imagery as an extension of the main character Frank. In the hands of lesser filmmakers, the wild, hallucinatory set pieces would feel more mechanically inserted into the action as opposed to flowing from.

Critical to the success of a story that focuses on one central character is whether the actor portraying them has the skill set and charismatic presence to lure the moviegoer into caring for their plight. These attributes Justin Long has in spades. I’ve been quite the fan of Mr. Long since I first caught him as the teen sci-fi geek Brandon in 1999’s Galaxy Quest. He blends sweet and boyish with manic energy like few ever could in movies and it serves him well for Frank. When Frank finally finds his way, one can’t help but smile and offer a silent “hooray for the good guy!” exclamation. A winning charm that needs to be bottled and made for sale in a Hollywood currently sparse when it comes to natural likability among stars.

Credit also a game support cast to buoy Long as the plot carries. I found myself really enjoying the antagonists here, who are above the stock cardboard types usually seen in fare inferior to this.Tommy Flanagan, as the mysterious drug dealer Aeolus, is a real hoot. Equal parts sinister and playful behind a wicked smile. Ronnie Gene Blevins, as fellow dealer Ritchie, does violent and slow-witted to perfection. Even Donald Faison (Scrubs tv series fame) adds some freshness to the hero’s buddy role. If there is a weakness with picture, it is in the somewhat thankless, stock roles given to Katia Winter, Sheila Vand and Blythe Howard. Winter, whose Natalie is a party guest (and friend of a missing girl Frank is determined to find) pulled into Frank’s journey of self-discovery, does as well as she can with the material but the part cries for a smidge more backstory for us to really care. Vand is quite attractive as the girl our protagonist is drawn to but ends up being little more than surface doe-eyed contrivance than anything substantive. Howard has energy but the bitchy wife, as scripted, comes off as a caricature seen a dozen times over in other works. 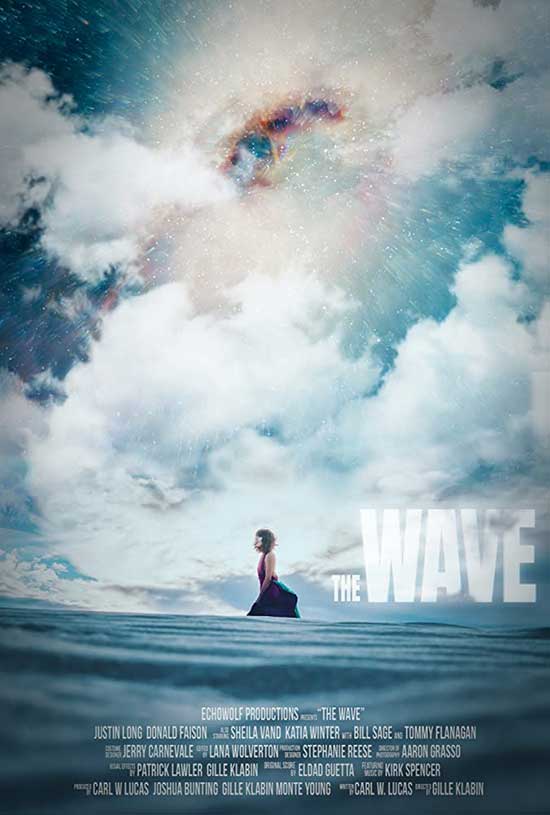 If you’re looking for that search for self-discovery plotline awash in a sea filled with a miasma of sensory overload, The Wave is a ride truly so enjoyable, you may not need the beer and quaaludes to go with the popcorn and cola like you did lo those many years ago when you gathered your college buddies in your parent’s basement for a viewing of something called The Wall. Or go ahead and bring the stuff that takes you to that altered dimension. Either way, you’re in for a hell of a treat.