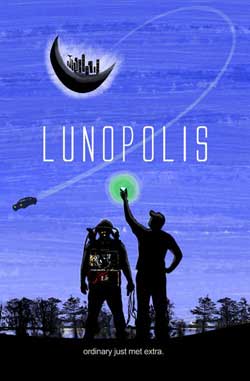 Two documentary filmmakers accidentally uncover the greatest moon secret the world has never known, and the powerful organization determined to keep it that way.

Lunopolis” is a science fiction film presented in the all too familiar cinema verite “documentary” style. Though it’s done so with a serious purpose in mind.. This purpose is to document that which is unseen to the world at present. A great science fiction film is grounded in subject matter that makes you think after wards. This film in fact made me think afterwards and through the entire production. The very nature of existence, of future, of past, of time travel, of deja vu and of inter dimensional crossovers are presented all in one little tiny package. 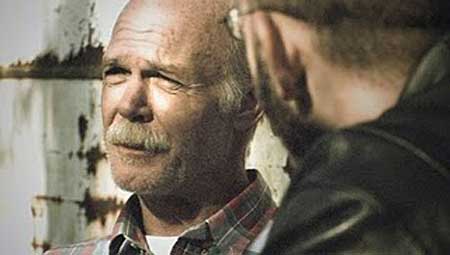 We learn of an organization called Lunology. They are very similar in nature to the real life Scientology. Though they exist for a purpose and a belief that this film lays out in a very detailed fashion. When an odd video clip is passed around the Internet, a small group of documentary filmmakers set out to uncover some of the mystery behind the footage. It begins with a frantic call into a popular conspiracy theory radio program which also mirrors a real life event that took place not to long ago (I believe it was on “Coast to Coast”). Then a mysterious box shows up that details some specific coordinates. Ones that this small team sets out to investigate. Upon travel into the swamps of Louisiana, they come across a boat house that turns out to be an under cover set for a secret facility. One that they acquire a strange looking pieced-together device with the intention of being worn.

They bring this crude electro device back to their shop and discover that it’s actually something far more advanced than they know what to do with. 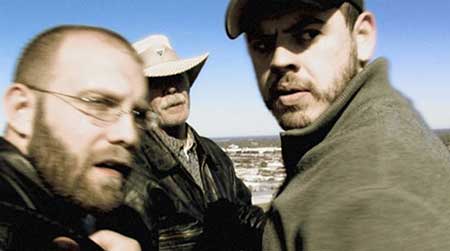 The movie continues in this fashion as they seek help, visit the Lunology headquarters and begin to fear for their lives with an object that seems to be at the route of the end of the world. They also uncover secrets about a moon society, an ancient rock and the truth of reality itself. This is not without great clips from leading scientists, book authors and theorists that detail much of what they are told.

All the while they tape everything to prove their journey to future viewers. It’s quite a ride and leaves much to the imagination.

What I was most impressed by in this piece was its ability to incorporate real theory subjects, and science into its storyline. We know that what we are watching is fiction (because it says so) however, we tend to believe that its fiction covering reality presented AS fiction. In fact many of the ideas used correlate with 2012, the Mayans, time theories, government cover ups and the oddly strange Men in black”.

I began to do searches on a few of these names to see if their was any relationship, but apparently it IS fiction. Smart viewers will also find an affinity with the film “13 Monkeys” which heads downs a similar path. 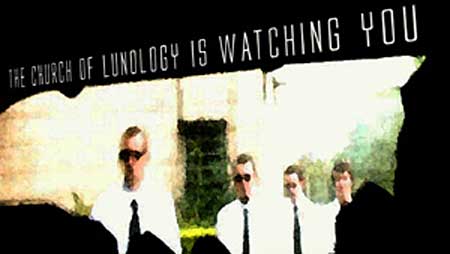 Director Matthew Avant who has also written the story has created what I’m simply calling the most amazing film I’ve seen this year. In fact, with a 2009 creation date, it’s hard to imagine it has been kept under wraps so long. We were duped with the “The Fourth KLind” fiasco, but this round the reports are claiming it’s fiction. Though I still can’t shake the notion that somehow, there is more to the fiction than we are lead to believe. Lunopolis may be one of the more important films to come along in science fiction in the last 10 years. It’s brilliance is in its simplicity which aligns like the dimensions it illustrates. A perfect intellectual experience.