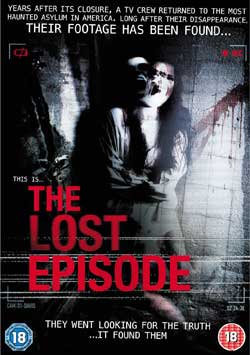 Instead, they discover something completely unexpected and find themselves  fighting for their lives as a maniacal surgeon picks them off one at a time.

A group of teenaged friends, or, rather, a group of actors who may only resemble teenagers obviously pretending to be friends, decide to check out the local abandoned mental asylum, known as Penhurst, before it is turned into a themed amusement attraction (no, I’m not kidding).

Led by a kid wearing Skrillex glasses, they are doubly curious to roam the rotting structure due to the fact that an entire film crew for a ghost hunting show vanished without a trace the previous year. 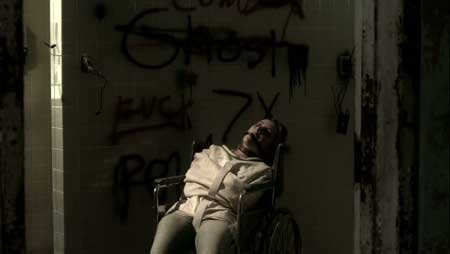 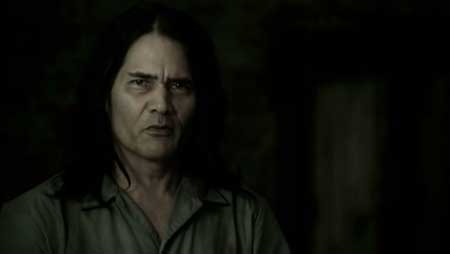 The fate of said crew is told in parallel narrative via flashbacks while the teens scowl and grope each other while exploring in the present day.

Apparently, Penhurst, when operational, was an institution notorious for its hideous abuse of patients, a large number being mentally handicapped. Because the laws of movie land command it, the asylum is now empty, but filled to the brim with all kinds of freaky deaky ghosts alleged to have now made the asylum a place where the living go in but never come out.

Because it is customary for film to portray the people who clean and care for buildings as creepy as possible , the crew is met by, a, you guessed it- creepy groundskeeper who warns them to leave Penhurst. 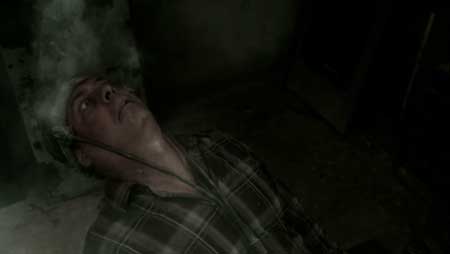 But, because it is also customary for film to portray people eager to explore psychic phenomena as reckless idiots, the crew instead ignore the groundskeeper, are rude to him, and go on their merry , doom ridden way.

To be fair, I sorta get why they didn’t listen.The asylum was such a dilapidated hell hole it was pretty clear that the groundskeeper wasn’t taking his job description too seriously.

Despite the fact that the film crew features several hot women, the show itself is hosted by a heavy set, middle aged, blowhard of a guy with…I think it was psychic powers. They never really verify. 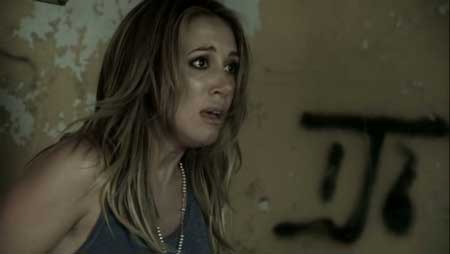 Anyways, as anyone would do in a massive, abandoned building with no cell phone reception that they’ve never been to, the crew of hotties and non hotties split up to go exploring, with the hotties sticking together, of course.

Pretty much immediately all kinds of things start happening, like noises and the appearance of apparitions on an ipad thing that one of the hotties is carrying around. Ghosts of all shapes and sizes begin to manifest: little girl ghosts singing “ring around the rosy”, old man ghosts who point with their mouths open, crazy lady ghosts, and of course, a sexy lady ghost with an open hospital gown who wants to engage in sexual activity with one of the hapless male crew members.

The worst ghost of all is the ghost of a calmly sadistic doctor (played by director Michael Rooker) who endeavours to subject each crew member to heinous torture. 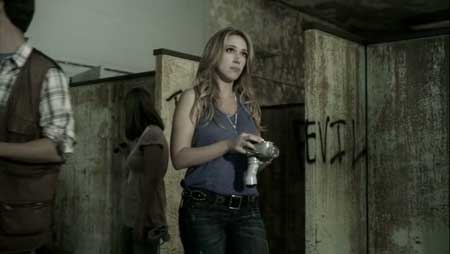 Despite the fact that this film features scenes of castration, lobotomy and other graphic acts of violence, the sfx are so poorly done that at times the film resembles a video production exercise from a film student-and a mediocre film student at that.

The most shocking thing about “The Lost Episode” is its involvement of Michael Rooker. Any fans of “Henry: Portrait of a Serial Killer”, “Slither”, and “The Walking Dead” knows fully well that Rooker has kicked ass and taken names in many an awesome horror venture. Yet, behind the camera, he produces a feature so banal and cliche that it’s laughable.

Even the music is infuriatingly unoriginal- parts of the soundtrack are, note for note, songs that have appeared in “Halloween” and “The Hills Have Eyes”, respectively.

The most atrocious thing about this film is its very existence.