Let’s face it – masks and horror movies go together like cold beer on a warm day. They’re inherently creepy for all sorts of deep-seated, psychological reasons and are usually more than a little awesome. So, we figured it’d be fun to do our round-up of the Top Ten Horror Movies to Feature a Mask. Dust off your dead skin mask, put on some Slipknot and heat up the popcorn.

10 – Predator (1987)
Any horror movie mask that also happens to come fitted with a laser targeting sight is about as killer (no pun intended!) as it really gets in the world of horror. Furthermore, as anyone who has actually seen the movies will gladly testify, the Predator himself looks so much better and indeed more terrifying with the mask on. 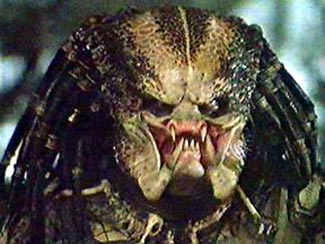 09 – The Kidnappers from The Strangers – The Strangers (2008)
The Strangers was a movie that proved to each and every person out there who believes they are fully desensitized to horror movies that there are one or two tricks up the sleeves of the producers yet. The tense situation and brutal violence of the movie were hugely intensified by the creepy masks and really added something. Even the scariest masks in the world couldn’t quite have had the same effect as the hood with the mouth drawn on! 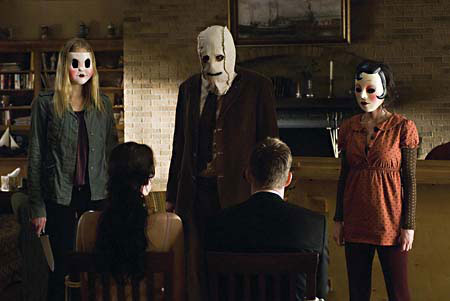 08 – Texas Chainsaw Massacre – Leatherface (1974)
Not so much scary as just pain hideous in every way, the mask worn by the main monster in the move was made up of other people’s skin and so really wouldn’t have matter what it looked like to earn scary points. As it happens, it looked pretty and so gained plenty more. 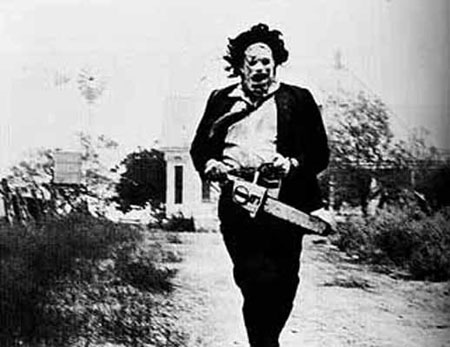 07 – Dr. Decker Button Mask –  NightBreed (1990)
One of the single scariest things about the Button Mask is the fact that it makes no sense at all – how on earth does he see out of there? A truly chilling and terrifying mask, even though it could have quite easily come from a dime store anywhere. 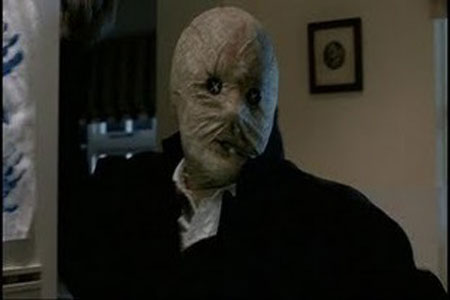 06 – Ghost Face – Scream (1996)
This is probably open to debate at this stage, what with all the spoofs, spin-offs and a generally less revered franchise in its own right, but when the Scream mask first popped up the effect was immediate and terror real. Say what you will but the mask has become as iconic as any in history, which is really no small feat. 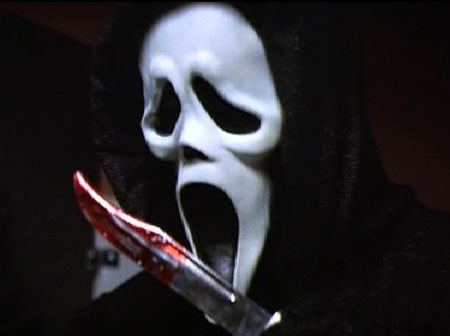 05 – Michael Myers – Halloween (1978)
The outright number one in many eyes and still the source of a world of nightmares, Michael Myers stands out on his own as quite simply one of the most terrifying killers the horror genre has ever seen. Is it his gestures? His speed? His cunning? Nope, it is simply that terrifying mask! 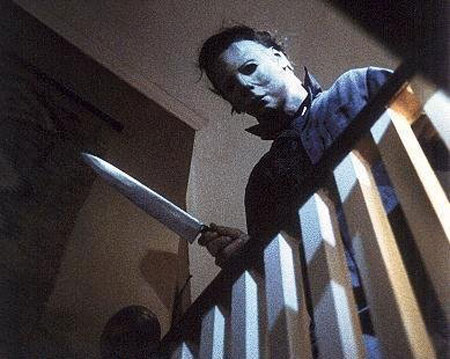 04 – Jason Vorhees – Friday the 13th (1980) (Franchise mask)
Possibly better to go side by side with Michael Myers than above or below him, Jason single handedly transformed the way teenagers and adults the world over think of campsites by American lakes. Needless to say, the same can also be said for horror masks, with Jason doing for the humble hockey mask exactly what the terrorist did with the balaclava. An innocent piece of kit made evil at the hands of a fictional monster…genius! 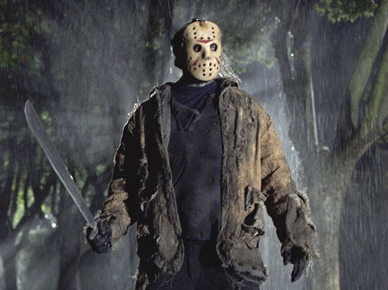 03 – PennyWise –  IT (1990)
Stephen King never fails to put the chills up most of the civilized world and in the case of IT, this is one occasion where the image spoonfed to the public were actually even more terrifying than those of the imagination. Tim Currie is quite effortlessly evil and sinister without even having to try – also proving that a red nose and make-up can be scarier than practically any mask going. 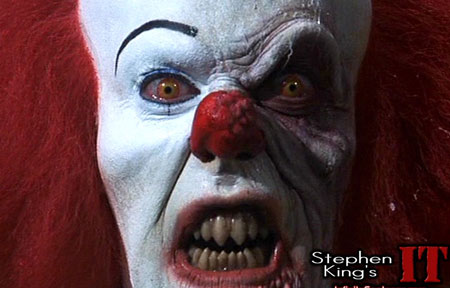 02 – Pig Mask
The Pig Mask has made a number of appearances in movies such as Motel Hell, the whole of the Saw series and will also be soon to appear in another slasher blockbuster. There really is no science or discussion behind this one – there really is just something so incredibly scary about a killer wearing the head of a dead pig to inflict murder and mayhem on victims. Creepy stuff. 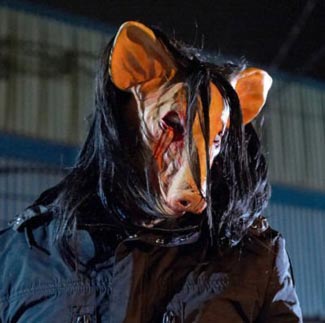 01 – Hannibal Lector – Silence of The Lambs (1991)
Again, little to no introduction needed and although now quite as standard slasher-monster scary as some of the others in the top ten, there is no denying Dr. Lector is simply a shoe-in for the number one spot. There simply cannot be a person alive who has ever laid an eye on the world-famous cannibal and been able to forget the look in the eye or the mask on his face. Whether he happened to be dining on his freshest kill or simply watching his favourite soap opera on a reclining sofa, Lector has a naturally foreboding (though occasionally charming!) horror with or without the mask that literally no other can measure up to. 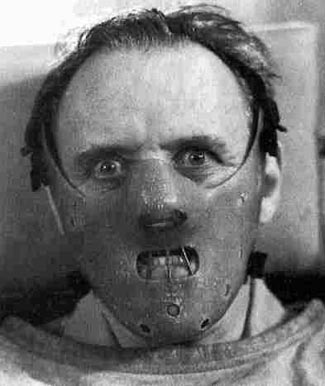 Got a Favorite Horror Mask Movie? We want to hear from ya below!