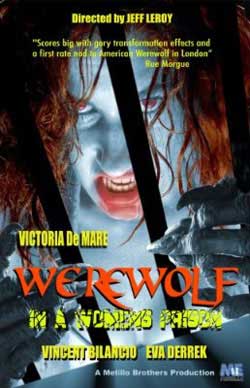 Set in the fictional third world country of Canpuna, ‘Werewolf in a Women’s Prison’ is the story of Sarah (Victoria De Mare), when camping with her boyfriend, is attacked by a werewolf. She wakes up in a corrupt prison only to find out her boyfriend has been torn apart and she is the only suspect. Forced to do things only found in a prison populated only by women it’s only a matter of time until that strange bite starts to take effect.

“Werewolf in a Women’s Prison” is a name that demands attention for lovers of cheesy, violent and the somewhat exploitative. In fact, if it was made in the 70’s it would probably easily be considered grind house. Though for horror lovers it has all the stuff you are seeking with a film in this kind of context. Prison films are always cool. Women’s prison films even better. Take that notion and throw in a werewolf and your right in line for something to throw on later Saturday night while cracking open a cold one. The film stars Victoria De Mare as Sarah Ragdale the focal character of the film. Victoria is amongst one of the up and coming scream queens in horror and holds quite an impressive resume already with over 40 films to her name. She holds her own quite well in the acting arena and sports one kick ass body to boot. 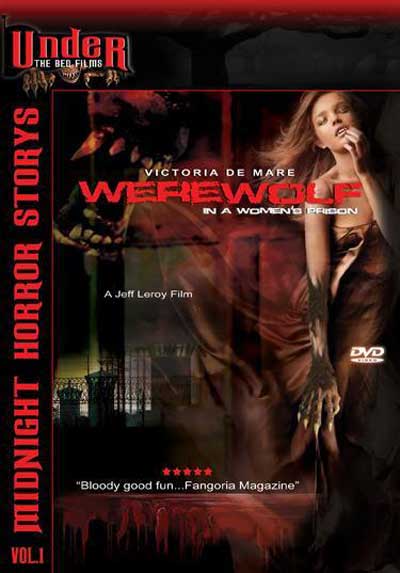 As we begin, Sarah is out camping with her boyfriend in Capuna. Though unfortunately for them a werewolf comes lurking by that attacks and kills her boyfriend while leaving a nasty scratch on Sarah. Those of werewolf lore know that a scratch means transformation eventually passed on thru the bloodline. When Sarah awakes, she awakes in prison while being examined by a fetish wearing prison guard. I would say at this point we are off to a great start! 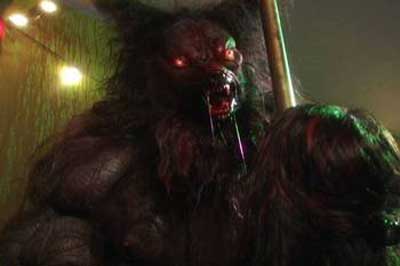 Sarah is challenged by some of the inmates and wipes them all up with her now increased werewolf blood driven strength. This pisses off plenty of the wrong folks who want to give her a little payback in return.

The films offers plenty of girl on girl, nudity, sexual situations and topless action. In fact I’d say this kind of stuff makes up most of the middle of the film. A highlight is when Sarah and another inmate are punished by being placed out in the desert topless with no water. To survive they offer to lick each others sweat to keep from dehydrating. Though fear not as there is also plenty of gore and werewolf ripping action as well.

Sarah is visited regularly by her dead boyfriend courtesy of like scenarios from “An American Werewolf in London”. He advises that she is doomed to become the werewolf that she was scratched by which died shortly after. When Sarah unleashes, she becomes a full blown monster ripping apart prisoners and guards everywhere. The FX of this are done cheaply but in large quantities, so it does seem like they blew the film budget on body parts and blood syrup. An FX highlight though is when they capture Sarah to try and “King Kong” her for paying viewers. Her skin and body fall away in pieces and make for a great scene in the film. When the werewolf starts popping out of the body and her skin peeling back, you know you’ve hit the money shots of the film. 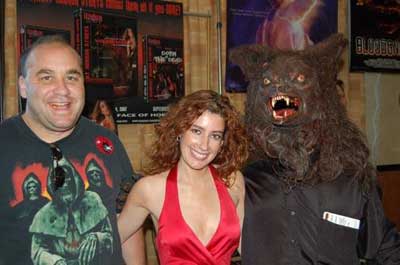 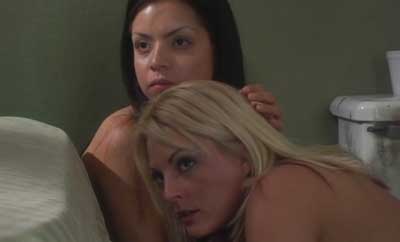 The wereWolf outfit practical effect is cheesy but still somewhat original. If you ask me, it works perfect for the context of the film. Glowing eyes, bear suit, head mask ……perfectly tall and menacing with a kind of Halloween makeup sort of B grade appeal. 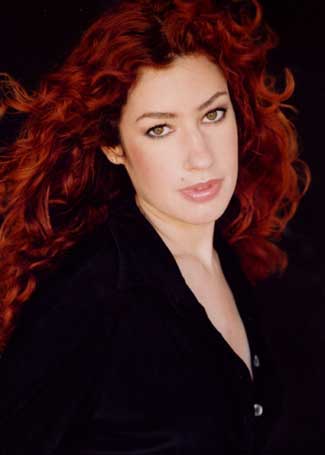 The 3rd act drags a bit, with long chase scenes and alot of the same running thru the desert stuff that tends to weigh the previous action down. I probably would have edited down the 3rd act to make the film a bit more focused on the cool moments. I found myself growing tired at this point knowing that this would drag out to meet the proper film length. 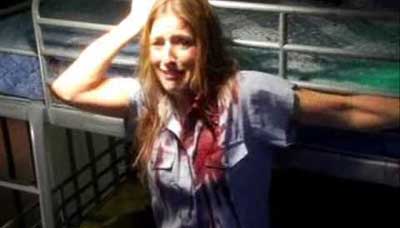 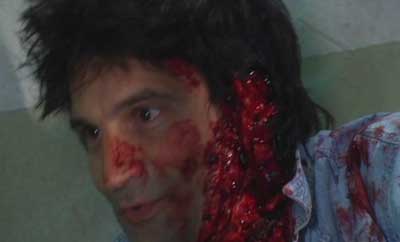 The film is directed by Jeff Leroy who has a pretty decent list of additional film credits to his name. I didn’t recognize all of them but would probably be willing to give them a go as well just because this film does a great job with what it has to work with. Details on the film include it being listed as Winner 2007 “Best B-Movie of the Year” B-Movie Film Festival, Syracuse, N.Y.

Werewolf in a Women’s Prison is just plain fun and sexy. Alot of beautiful naked girls and plenty of macabre on camera scenes. I’d watch this one again even if it does stay pretty close to the B-grade style production.