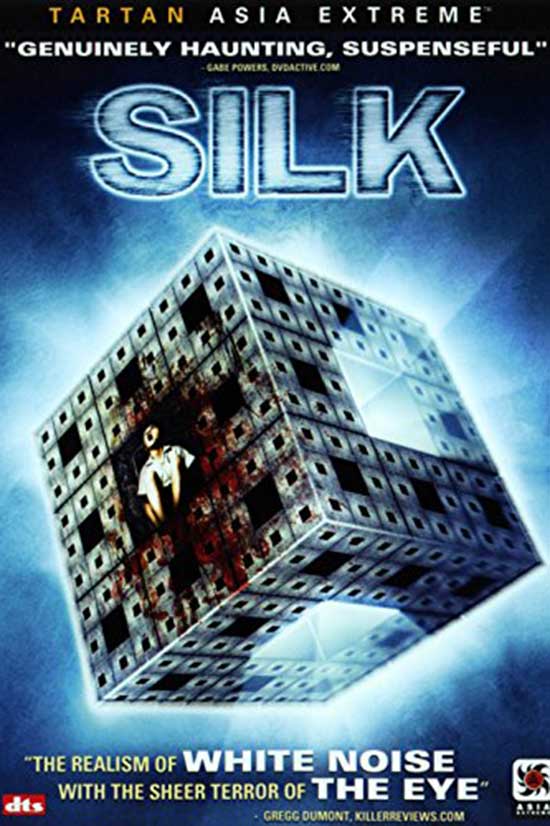 A team of scientists has managed to capture the energy of a ghost child by using their newly invented device, Menger Sponge. They enlists a lip-reading agent in order to figure out how the child can shed light on life, and life after death.

Taiwanese sci-fi/horror hybrid Silk offers a unique take on ghost hunting and a new perspective on afterlife. It is not without its faults but still manages to do a fairly decent job at keeping one entertained.

The story involves a ghost of young boy, seemingly stuck in an endless loop of spectral routine. A Japanese research team lead by ruthlessly ambitious Hashimoto (Yôsuke Eguchi) is thrilled to find such a specimen and immediately set up a research base on the site. The team is not there to merely prove the existence of the supernatural but to find a way to harness the energy emanated by the ghost.

This pure, unadulterated energy is needed to fully power Hashimoto’s invention The Menger Sponge: an anti-gravity device in form of a curious looking little cube. With the help of police officer Tung (Chen Chang) the team sets out to find what happened to the little boy trapped in the apartment, leading them in a dangerous supernatural journey. 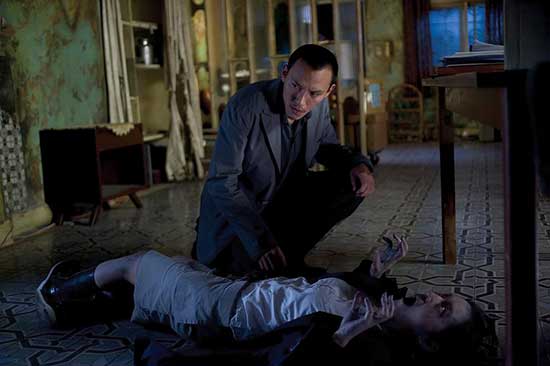 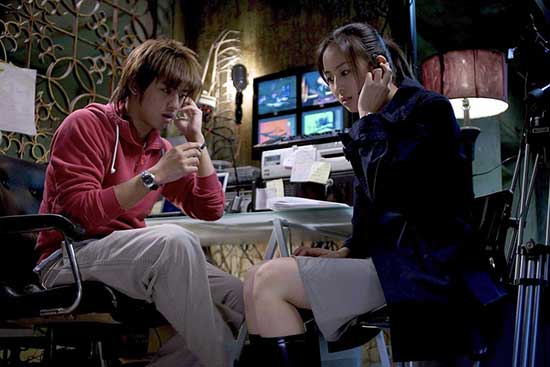 Silk tries hard to combine the more traditional elements of eastern ghost stories and beliefs with some rather outlandish science fiction, but the two very different story aspect never come together in a satisfying manner. Both elements are good on their own: the ghost child trapped in this world because unresolved issues surrounding his death works perfectly well as a bog-standard ghost story and the idea of a piece of modern technology needing a supernatural power source is equally interesting. Unfortunately, the execution of the story fails to connect the two story arcs in a cohesive way and the real meat of the story gets tangled up in the muddled execution.

It is a real shame too, as the idea of a restless sprit working as a powerful energy source is kind of genius. Those who know a thing or two about vengeful spirits, such as the Japanese Onryo, know that they are powerful creatures with enough pent up, hate filled energy to power a small village, making the idea of harnessing that energy a very interesting one. The problem that Silk has is that it lacks clear focus as if the writer/director Chao-Bin Su could not quite decide whether he was making a horror or a science fiction film. The first half of the film does good job in piquing the viewers interest with the scientific examinations of the trapped spirit and Tung investigating the ghost boy’s background and the tragic circumstances that lead to his death. Where things go a bit sideways is the ghostly action that follows. 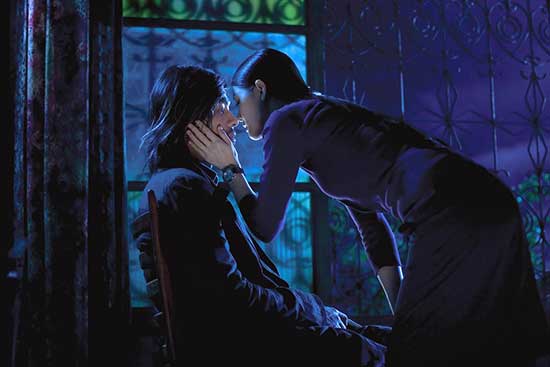 I did not think I would ever be complaining about the amount of ghost induced deaths in any film, but in the case of Silk things get a bit ridiculous towards the end, with people falling victim to the ghost boy and his mother left right and centre. Even people who have had nothing to do with the whole operation for some reason get targeted, making the whole thing slightly confusing and quite frankly, ludicrous. 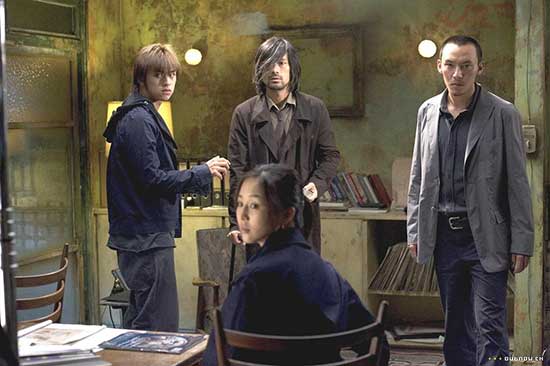 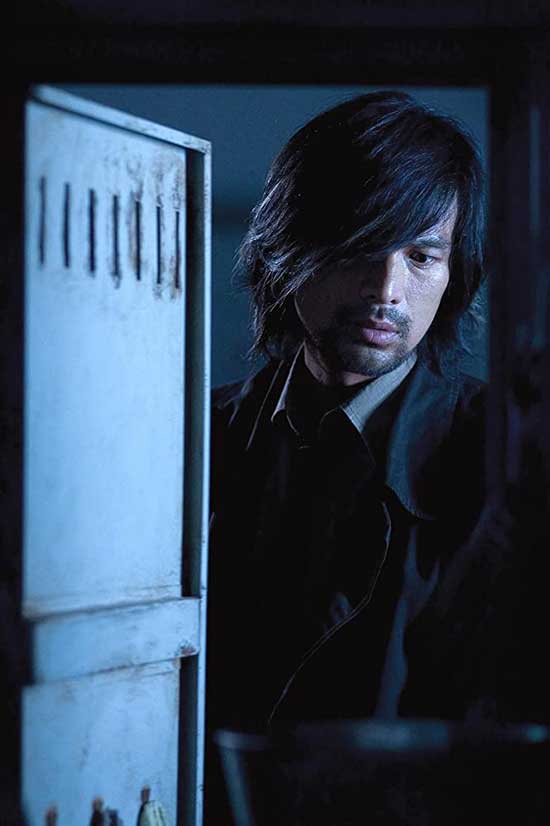 I am not sure whether the deadly ghostly encounters of the last half of the film are supposed to be scary, but if they are, they fail in that task miserably. The biggest problem here is that the main ghost is on full view from the very start of the film, completely ignoring the all-important build-up of tension that is so vital to make any cinematic ghost or ghoul scary.  Showing your monster in full instantly takes away any scaring power they might have otherwise had and makes any subsequent appearances just another hum drum part of the film. Even the addition of another spirit (the little boy’s mother) does not add any extra suspense to the story, and what should have been the most intense part of the story now just becomes a bit of a drag. 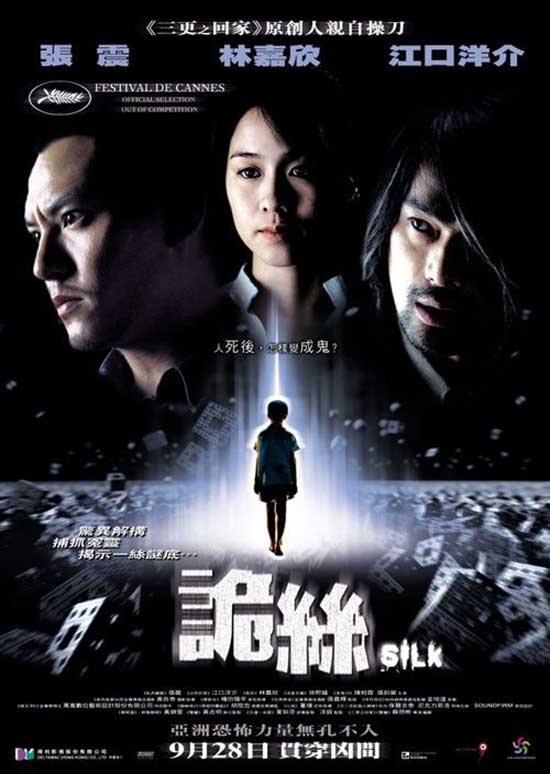 Even with all these problems Silk still manages to entertain. It does get slightly frustrating towards the end, but the sci-fi elements of the story keep it intriguing enough for you to want to find out what’s what. Just don’t expect anything scary and you won’t be too badly disappointed.