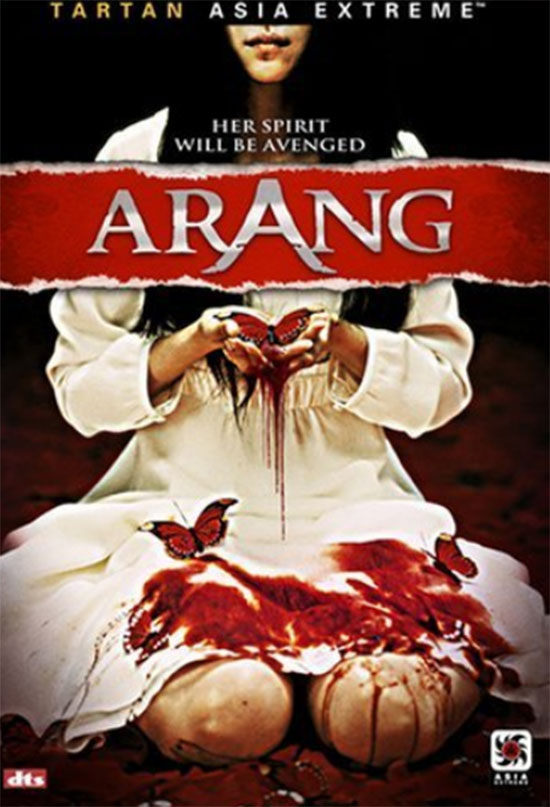 A salt storehouse near the sea may be haunted. A penniless ex-con dies a gristly death in a house he can ill afford. The detectives assigned the case are Min, newly reinstated after a suspension, and Lee, a new transfer from forensics. Min has nightmares: a sexual assault that haunts her. She and Lee work well together, but soon two more deaths occur – each mysteriously poisoned, both friends of the ex-con. A fourth friend, a newly married doctor, is a suspect. But what has all this to do with the salt storehouse, a death ten years ago, and a missing girl? Can Min and Lee get to the bottom of it, or is the supernatural beyond a cop’s reach?

I’m a student of ghost stories. I was the kid with a holster full of folklore ready for every campout or slumber party. I loved them because they always, always scared me. Even all these years later, with cynical adulthood and a decent number of sick pictures under my belt, a good ghost story is still guaranteed to leave me significantly spooked. The only problem with devouring these stories is, after enough of them, you start to get good at picking them apart. Sometimes, too good. So good that it takes something really special to jump out at you and leave you with that same haunted feel as a great campfire story. This be not that.

Arang is a classic vengeful spirit story, so classic it often feels almost a little too familiar. Many Asian horror films feature haunted technology and women with long black hair, but it’s hard not to be strongly reminded of The Ring and The Grudge while watching Arang. Some images are lifted directly from those films’ more memorable moments—going so far as to include several shots of a little girl ghost without ever explaining her presence. 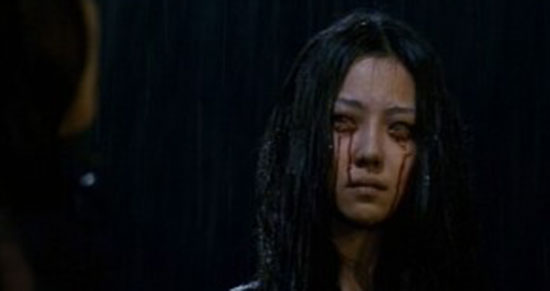 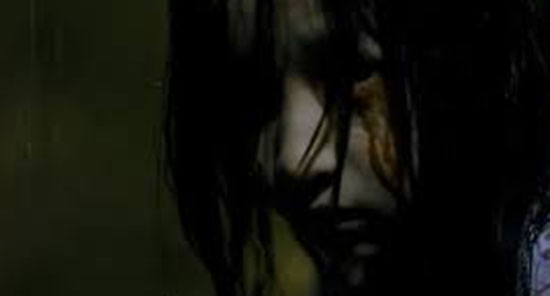 The movie tries to cover itself by including “source material”: the Korean legend of Arang tells of a vengeful spirit of a woman who was raped and killed murdering magistrates in a village, until one magistrate brings her attacker to justice and her spirit is laid to rest. Arang is a loose adaptation at best, but that structure describes just about any vengeful lady-ghost story in recent memory. 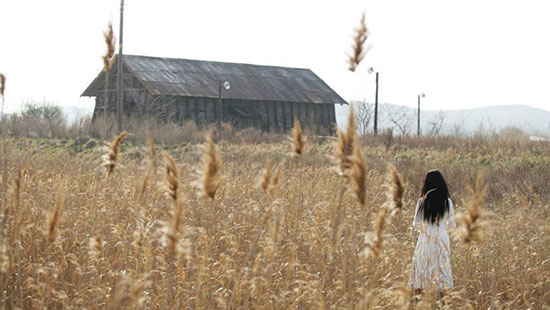 Admittedly, the ghost effects are quite impressive. Even if the spirit herself isn’t terribly original, at least she makes an entrance. She moves through technology (mostly), appearing in the corner of the video lens, warping photos and probably carrying a good bit of malware with her. Her curse manifests as an anonymous email that, once opened, plays a video of the salt house where she died—after that, there’s no escaping her wrath. The effects of video ghosts stepping into reality are rather seamless, and some of the more practical effects involving the classic long black hair are a lot of fun. 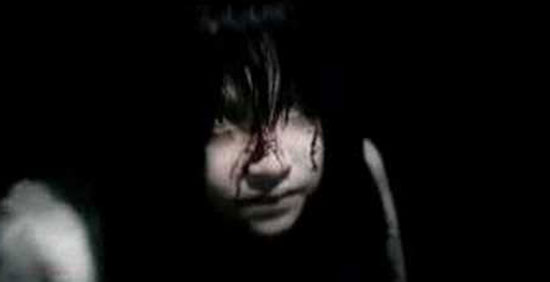 The story itself isn’t exactly boring, but it isn’t that interesting either. Two detectives, male and female, are investigating a series of mysterious deaths among a group of childhood friends. Ladycop is hardened by a past trauma and became a cop in hopes of one day finding her attacker. We also gather she’s an uber-feminist given her boxing gloves and repeated exclamations of “What, cause I’m a woman?” Dudecop is a rookie dick from forensics in it for the justice, but also, he says, to find his true love. (Yes, really.)

There’s a vague will-they-won’t-they vibe going on, but it hardly matters, because tough as nails Ladycop’s heart is just too hard. Plus she’s far too busy with the string of deaths, and this woman in a black dress the victims keep seeing. 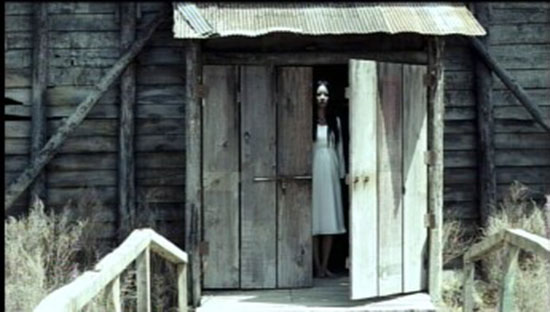 At the risk of copious spoilers, I’ll say no more on the plot. Despite the many things about Arang that are contrived, the mystery does get enjoyably twisty and ultimately leads to a pretty emotional payoff, questioning the nature of vengeance. Do we seek revenge in the interest of justice, or our own selfish desires? The movie doesn’t give us a straight answer, but it does leave us with the notion that the best revenge is to simply carry on. 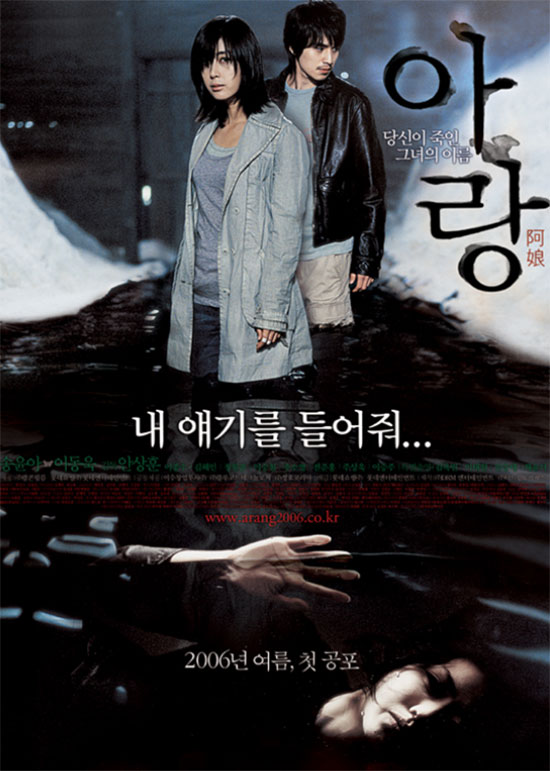 Aside from a few touching moments and occasionally striking imagery, Arang leaves little impact as a horror film. While the mystery is intriguing, it unfolds so disjointedly that it’s a mostly slog to watch, even at 90 minutes. The ghost effects do make your time worthwhile, but they are often too brief to make up for what is largely a cop drama. If you’ve seen a few ghost movies, you’ll find few surprises here. Quite honestly, you might get more out of watching Ringu again.