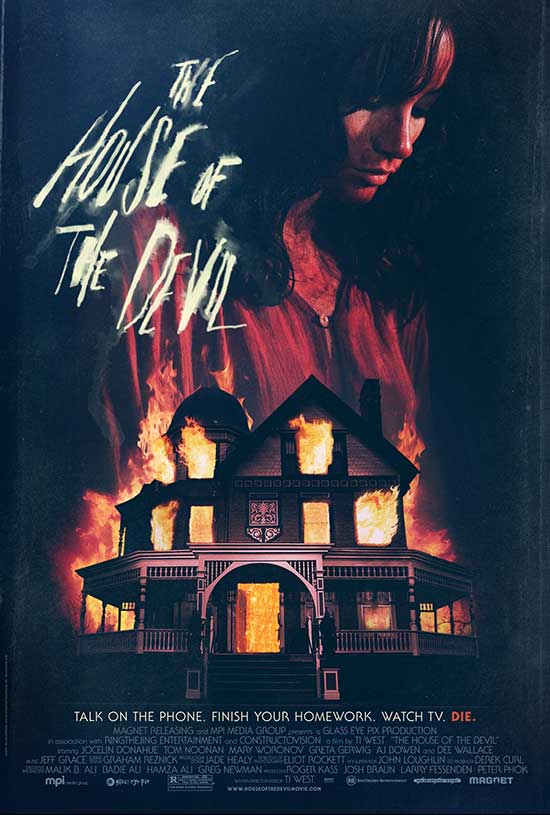 In the 1980s, college student Samantha Hughes takes a strange babysitting job that coincides with a full lunar eclipse. She slowly realizes her clients harbor a terrifying secret; they plan to use her in a Satanic ritual.

Samantha (Donahue) doesn’t care for her college roommate. So much so that she applies and snags an affordable and too good to be true house right off of campus. Yet, even with the rent as low as it is, she still can’t afford it. Spotting a “babysitter wanted” sign on the college bulletin board, Samantha’s eyes light up as the promise of a cake-walk cash-in are on the horizon. Shrugging off some early warning signs, she wins the coveted position, and makes the trek out to the mansion or Mr. and Mrs. Ulman (Noonan and Woronov). A place the Addam’s Family would have been afraid to move into, just a hundred feet from the middle of nowhere. 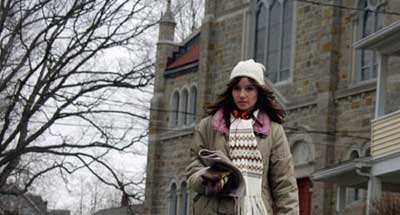 The upside is that it’s a wonderful place to experience that total lunar eclipse thing that’s going to go on. Things go from weird to weirder as our girl is informed by the Mr. Ulman, gently, that there is in fact no baby in which to sit, but rather his dear old mum. Sam agrees, reluctantly, to babysit whoever the hell is in the house, as long as she’s paid handsomely. And she is. But it’s not lost money for the Ulman’s, no. Because what Sam doesn’t know is that tonight is Satanic ritual night. And she’s the guest of honor. 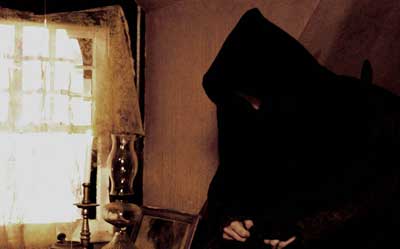 While I’ve certainly heard it before (and maybe even used it), the phrase “slow burn” has experienced a sort of outbreak in the past couple of months. I’m finding more and more movies being tagged as a “slow burn.” The House of the Devil was presented to me as a “slow burn.” And I’ll tell you folks, I’ll sign up on the spot for a “slow burn.” As long as something is going to happen on the other end. For a film that clocks in at around ninety-five minutes, it takes roughly seventy minutes for really anything of note to take place. And when that spark is lit, it kicks up 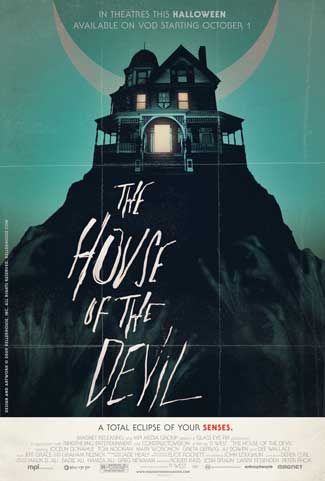 Let’s say it has three acts to it. I’ll break it down. In the first act we set up that Sam has no money, her friend has the personality in the friendship, and the off campus pizza is bad. In act two we arrive at the house (the one from the title) where the old couple leave Samantha to wander around the place until they decide to come back (much later) and get Satanic. And wander she does. Here’s where the greater chunk of our movie is spent. The house (the one from the title) itself has the potential to be a character of it’s own. It’s big. Desolate. Has many rooms, none of which our main character has ever been in. 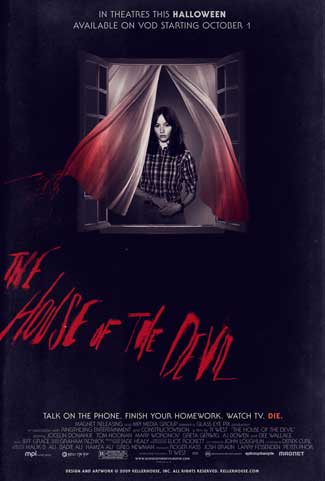 As an audience member you’re aware the film that can only get ugly (because it’s called The House of the Devil), and you’re aware of the curiosity of the human race, so you want to settle in for what will be an edge of your seat house exploration, dreading the opening of every door and the inevitable horror that will ensue once the party is started. Or something along those lines. Yet somehow director West and co. have managed to string together a series of creepy house door and sound checking sequences.

Act three is what the film has not been building up to, and that’s that Sam has just been killing time until she finds herself the major cog in a Satanic ritual. That’s the bad news. The good news is that the ritual is being performed by the Satanic cult branch in the area, so all is not lost. 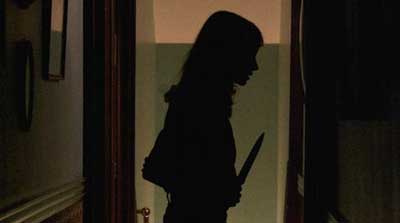 The House of the Devil is a rare treat. Now to be fair, there are viewers who just didn’t care for this film due to its slow grind of a pace. However its the details of this film that need to be appreciated. Creator and Director Ti West, has done his due diligence here i creating a perfect homage piece that echoes the film look and style of the 70’s. From film stock used down to the intro titles presentation. If you weren’t;’t privy to knowing it was a 2009 film, you would swear otherwise that is was a authentic era piece. Using 16mm film, it’s no wonder the film has received a cult-like appreciation ever going as far as to user typical screen angles of those times (aka a careful zoom vs the dolly shots used today)

What results is a moody, brooding throwback film eminent of days past. Using suspense and terror, “The House of the Devil” is a perfect example of how horror was approached in previous timelines. A lost art that has long been overshadowed by huge budgets, digital fx and extreme horror visual attacks can be rekindled in viewing this subtle, unexpected masterpiece.

The House of the Devil is has found a permanent home on my viewing shelf, nestled right up against classics like Rosemary’s Baby, The Exorcist” and “Let’s Scare Jessica to Death”