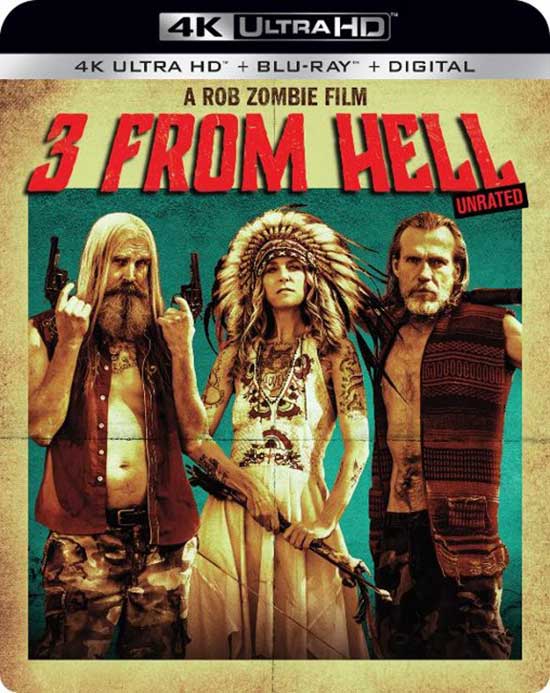 Let’s get right to the point shall we? “3 from Hell“, man what a bad ass f*cking movie! Rob Zombie films always aim to please. At least on a crazy demented character basis his movies embrace their characters by carefully choosing the right factors to fit the parts. Now this viscous 3, which reside under the talents of actors Sheri Moon Zombie, Sid Haig, and Bill Moseley are indeed a part of the Rob Zombie attraction puzzle. However just into the same way as Tarantino chooses his selective acting talents, so does Rob by finding the right individuals who can do crazy and pull it off in a believable cinematic way. Looking over the cast credits, this film is loaded with quirky freaky talents. The kind that resonate on a crazy-eyed stare into your sole kind of way. Adding to that bunch is also Zombie movie favorite actor Richard Brake who plays Winslow Foxworth Coltrane, or the one they call the Midnight wolf man (side note: I love all the acting performances here, but hold a special affinity with Brake’s particular style!)

The story here is a trilogy-based ordeal that began with “The House of 1000 Corpses”, leading to the noted “The Devil’s Rejects”. The Devil’s Rejects which made waves in its 2005 debit set the stage for the saga of the Firefly bunch, now forgoing their makeup past and just getting right down to the maniacally rooted primitive acts of killing. The film now 14 years later (in production date) picks right up where “The Devil’s Rejects” left off. The 3 of them heading down the highway after a bloodbath now continues into the next phase. 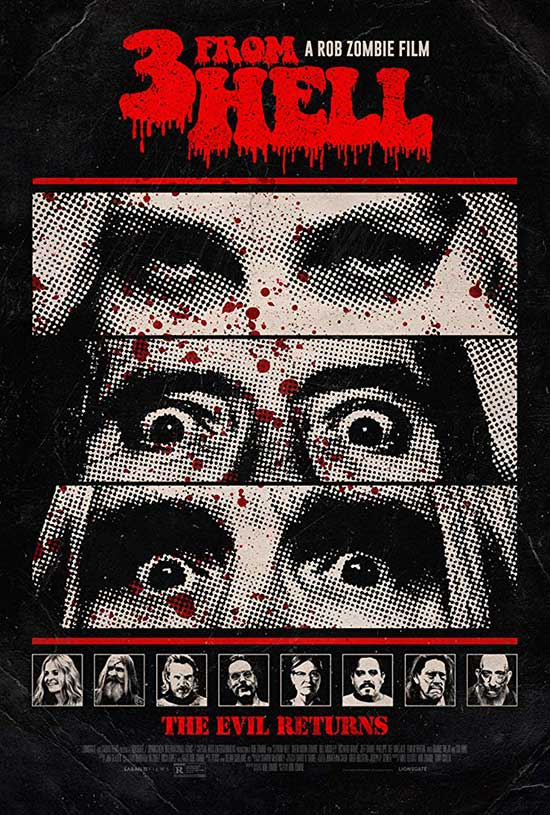 The group itself features the characters: Baby Firefly (Sheri Moon Zombie), Captain Spaulding (Sid Haig) and Otis Firefly (Bill Moseley) reprising their role as a bunch of Manson style killers infused with the souls of demons and a a talent for executing others as they see fit. The pubic wave buzz now catching up to them leads to their eventual capture and incarceration. Well, to be more specific, temporary incarceration as they appear to dance over authorities with ease and an their increasingly focused conviction for violence. Baby Firefly, who appears to come across as a much more insane and capable killer than say, DC’s Harley Quinn, takes a similar strategy of being way too crazy for prime time and walking on clouds as she does it. Otis takes refuge with his half brother Winslow as they plot their next move.

What really excels here is that the film uses a bit of Natural Born Killers influence while still staying really stylistic to Rob Zombies directing and writing strengths. The end result is not only action packed but full of quirky flavor that flows over the screen like a well executed comic book.

“3 from Hell” takes a slightly different diction that it’s counterparts. Where “The House of 1000 Corpses” was more strictly horror, and “The Devil’s Rejects” was a movement towards more horror / crime, “3 from Hell” is something else. It could be argued that the killing and murder tactics are pretty intense and thus relative to a horror film motive. however, I found this 3rd part to fall within the classification of thriller, action and crime. One that carries an added element of dark humor. 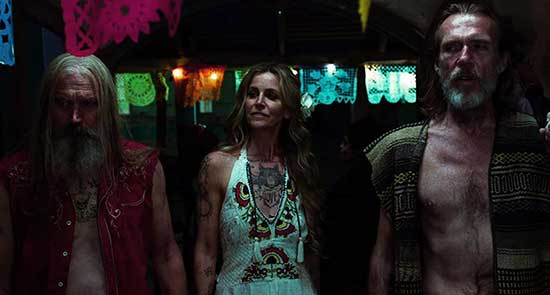 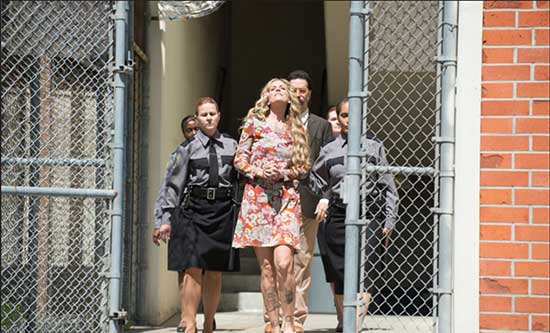 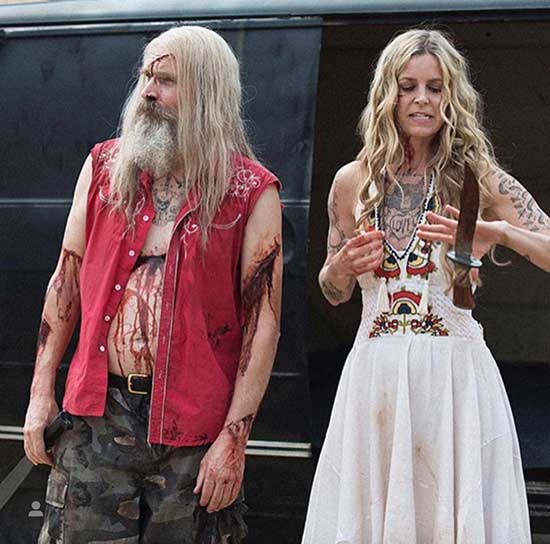 You see the tactics of horror suspense are not used here. Rather the film centers on the dysfunction and insanity of its primary 3 killers. They get caught, get loose, murder folks in between and make their way across the US finally hitting Mexico. The whole 2nd half to the film centers itself in Mexico as the gang takes to hiding while indulging themselves in the process. The movie changes focus as they encounter an angry cartel with a past vendetta towards the 3. 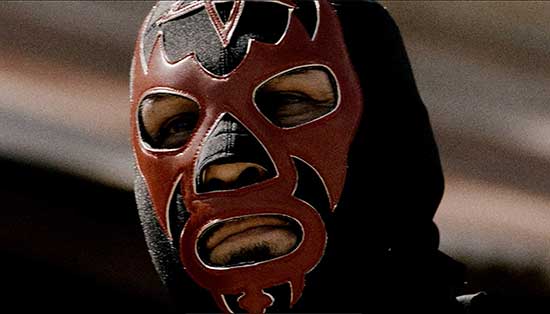 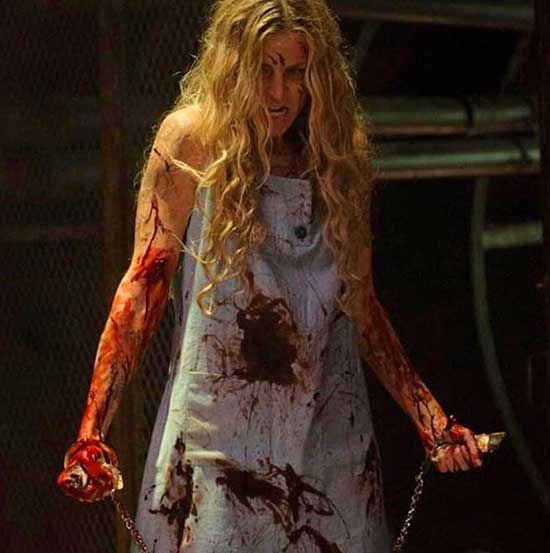 In all, “3 from Hell” is to date my favorite Rob Zombie film. Certainly the best of the trilogy, but also Rob’s best in collective. Zombie has finally combined all the great elements of story telling and film making by providing a product that feels like it will soon garner a cult following in cinematic history. It’s bold, engaging, fun, nasty, quirky, and full of pizzazz! Highly recommended! The kind of film that Quentin Tarantino wish he had his name attached to