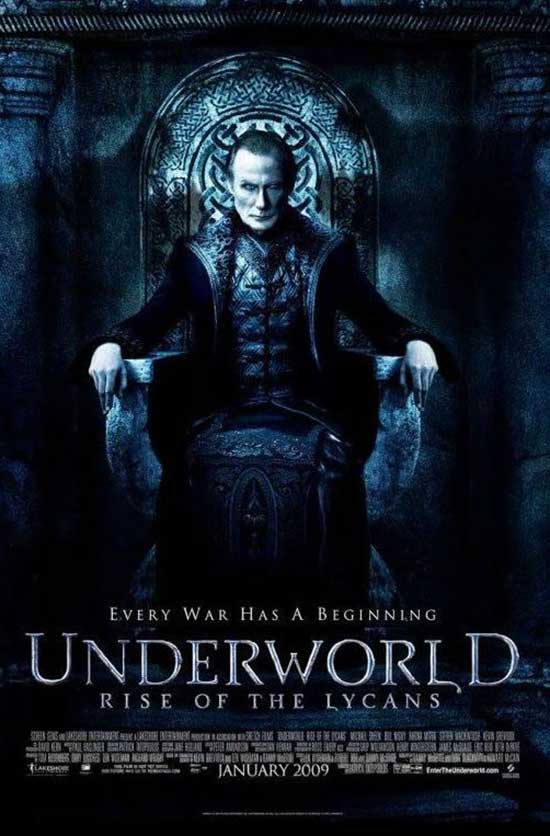 A prequel to the first two Underworld films, this fantasy explains the origins of the feud between the Vampires and the Lycans. Aided by his secret love, Sonja (Rhona Mitra), courageous Lucian (Michael Sheen) leads the Lycans in battle against brutal Vampire king Viktor (Bill Nighy). Determined to break the king’s enslavement of his people, Lucian faces off against the Death Dealer army in a bid for Lycan independence.

I just don’t get it. What is the younger generation’s fascination with these Underworld movies? Is it because they have about as much emotion as a bad X-box game or is it just all the hype that surrounds each release? To me, the first two Underworld movies were like watching blue and black paint dry and this prequel, rather than sequel, was no better. 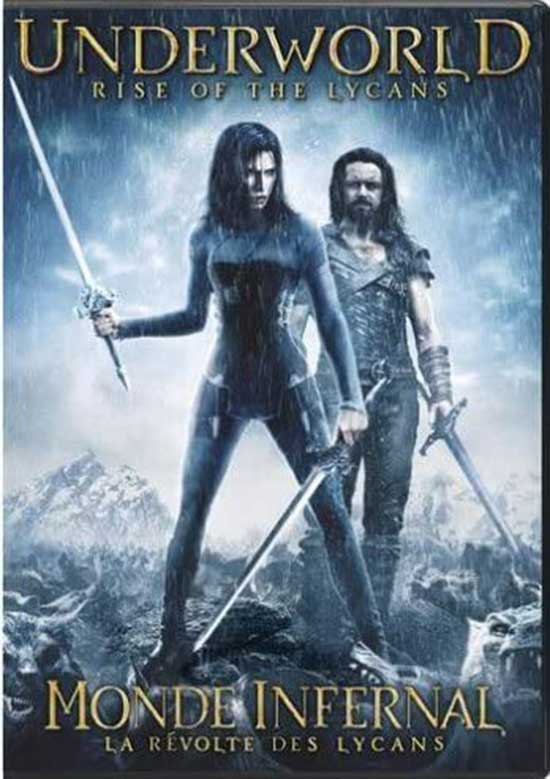 I’ve seen some reviews where people have said that “Underworld: Rise of the Lycans” is like a vampire and werewolf version of “Spartacus”. Bullsh*t! Although there is a definite homage to some scenes in “Spartacus” (and a ton of prison based movies ever since) – there’s simply no comparison between this vapid mess and an Oscar-winning epic full of cinematic excellence. At its best, “Rise of the Lycans” is yet another “Romeo and Juliet” based fantasy but with more bloodshed and action than usual. At its worst, it’s just more blandness with wooden acting, pitiful characterisation and hardly any plot.

Now I’m sure that there will be people that think I’m writing this out of some kind of spitefulness because uber hot Kate Beckinsale wasn’t in it and there will be others that think that I’ve become too old to enjoy these fantasy rather than horror movies for what they are. To that I say, if a movie stinks then it will for any age group whether it has a PG, PG-13 or an R rating on it. I can’t even believe that “Rise of the Lycans” got an R rating either because apart from a few over-the-top blood spatters and beheadings, there was nothing much worse in this computer generated crap than you’d see in the remake of “King Kong”. Ok, there’s bit of sexiness at one point where you don’t get to see anything and Viktor the vampire could be made out to be sh*t-yer-pants scary if you’re about five years old but an R rating for this? Do me a favour. 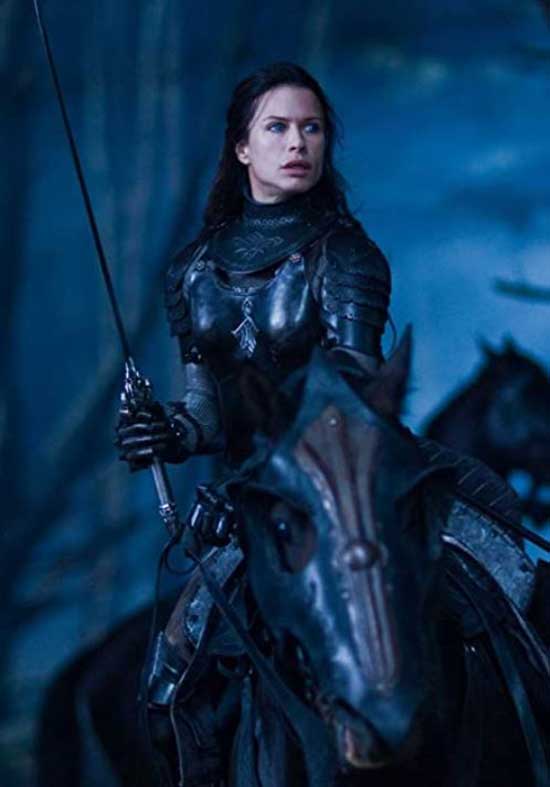 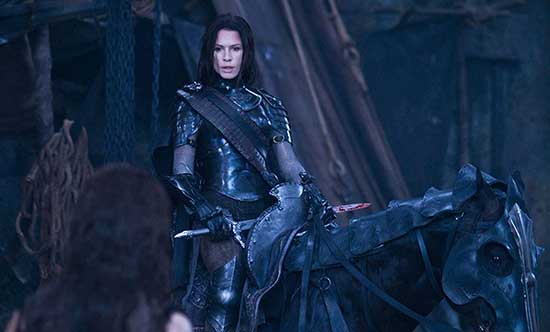 As for Welshman Michael Sheen yelling a lot and bulging his eyes out in pain or constipation every time he got chance to show his manly chest off, well, I’ll leave that for the girls to decide about. His acting was textbook action hero stuff which makes Jean Claude Van Damme look like a Shakespearian in comparison. 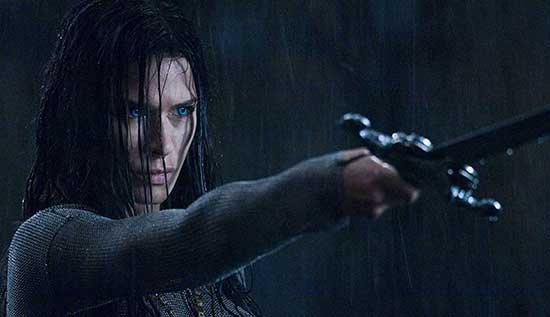 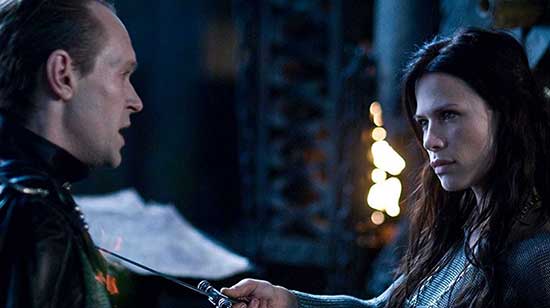 Apart from the deep-voiced “James Earl Jones” soundalike Kevin Grevioux everyone in the film appeared to be British and delivered their lines loudly and mechanically to the point of embarrassment. Yes, I get it, they are vampires and supposed to be cold and emotionless but, even so, this was cringeworthy stuff especially for Bill Nighy with his scary blue contact lenses.

It just felt to me as if, once the actors got their costumes on, that was all that they thought was required to carry the parts. There’s no chemistry between anybody, no empathy evoked by any of the characters and it’s all just a matter of waiting for the special effects to try and deliver something. Unfortunately even the practical effects look fake and the CG werewolf battles make it even worse. 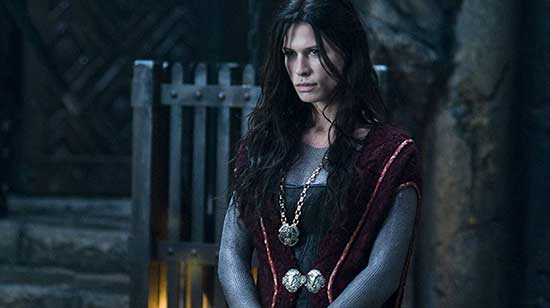 Once again, the film suffered from the “quick cut/handheld cams” combination that makes knowing who is doing what to who pretty much impossible. I don’t think I’ve seen much worse since “AVP 2” but just about all the action movies lately have been full of this nonsense and it needs to be stopped right now! Lots of clanging, growling and grunting were added almost haphazardly to the mix to make it exciting but it just got on my nerves. At least the audio kept me awake though because everything else was so boring.

I honestly can’t recommend “Underworld: Rise of the Lycans” to anybody sane or over the age of six as its just not involving enough to be entertaining. Yes, it’s all very blue and everyone looks really pale so it’s probably a must see for Delft pottery collectors the world over but, for a horror fan, no. 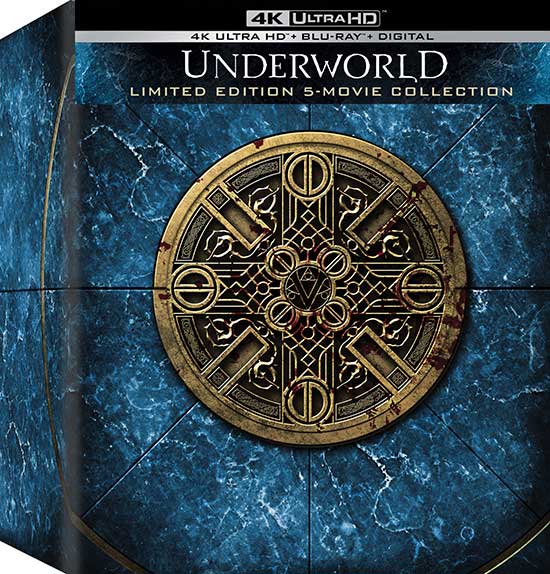