I’ve decided to contribute some of my time into creating a list of some of the best Christmas horror slashers that I feel our wicked bleeding horror fanatics should consider watching during the Christmas holiday season. In no particular order, here goes – a recommended list of “Top Christmas Horror Classics and Non-Classics“!! Make sure and throw these on to give your holiday a lil edge over the Frosty and Rudolph re-runs.

And All Through The House (Tales from the Crypt ) (1989)
A greedy woman makes the mistake of murdering her husband while an escaped mental patient dressed in a Santa Claus outfit is on the loose. 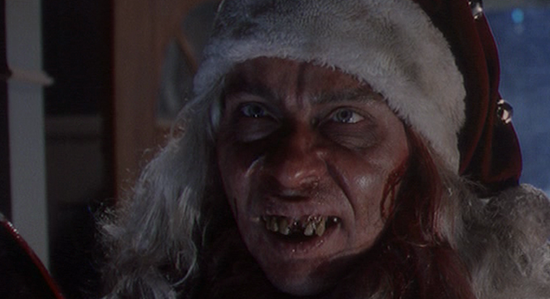 Black Christmas (1974)
A sorority house is terrorized by a stranger who makes frightening phone calls and then murders the sorority sisters during Christmas break.

Gremlins (1984)
A boy inadvertently breaks 3 important rules concerning his new pet and unleashes a horde of malevolently mischievous monsters on a small town.

Silent Night, Deadly Night (1984)
After his parents are murdered, a young tormented teenager goes on a murderous rampage dressed as Santa, due to his stay at an orphanage where he was abused by the Mother Superior.

Santa’s Slay (2005)
Santa Claus is actually a demon who lost a bet with an Angel, so he becomes the giver of toys and happiness. But when the bet is off, he returns to his evil ways.

The Nightmare Before Christmas (1993)
Jack Skellington, king of Halloweentown, discovers Christmas Town, but doesn’t quite understand the concept.

Jack Frost (1998)
A serial killer dies, comes back as a snowman, and wreacks havoc. 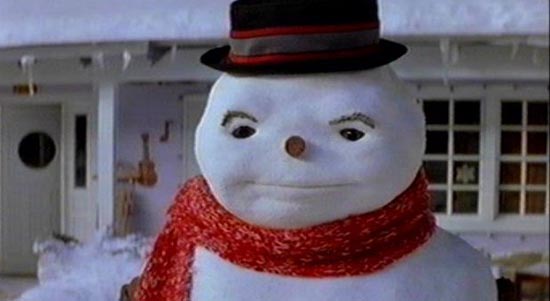 To All A Good Night (1980)
A group of teenagers at a party find themselves being stalked by a maniacal killer in a Santa Claus costume. 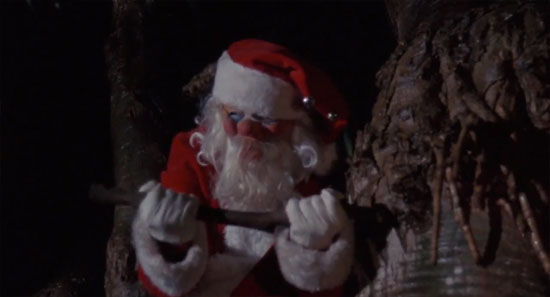