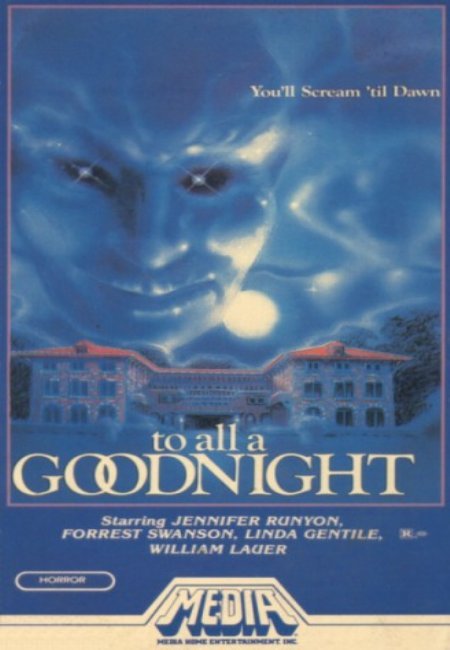 A mysterious killer in a Santa Claus suit terrorizes a group of students at an all girls’ school during Christmas break.

There are a ton of horror movies that feature someone running around in a Santa suit chopping people to bits. Some of them are quite awesome (such as Silent Night, Deadly Night) while others just flat out suck (1996’s Satan Claus definitely falls into this category). To All a Goodnight falls somewhere in the middle and even though it isn’t the best killer Santa Claus movie I’ve ever seen I still liked it for a number of reasons.

There is a lot to like about To All a Goodnight. It has all the necessary ingredients needed to make a kick ass slasher flick such as horny young adults getting drunk and screwing around as much as possible before they are slaughtered, the innocent, virginal final girl, an awesome killer in a cool costume, the weird handyman guy who creeps everybody out (that reminded me of Crazy Ralph from Friday the 13th, and some fun death scenes. It isn’t the most original slasher flick of all time and it borrows heavily from other films (such as Black Christmas) but I didn’t mind. I thought that it was a fun little slasher flick for the most part and even though it definitely has its flaws I still enjoyed it. Yes, it’s full of slasher flick clichés but it didn’t really bother me because let’s be honest, what horror film doesn’t? 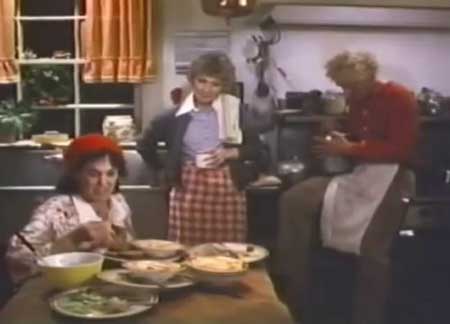 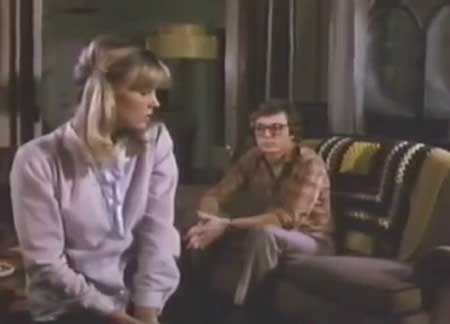 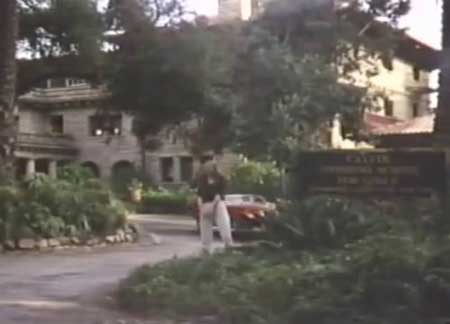 I thought that the best thing about the movie was without a doubt the killer. We don’t know who it is in the suit until the end (even though it’s fairly easy to figure it out if you pay attention) and I thought that the scene where the person reveals his true identity was well done as it is effective and genuinely creepy. Of course the reason that the person goes on a killing spree is connected to a hazing prank that goes horribly wrong that we see during the film’s opening scene and while his/her motive is anything but original it still works.

To All a Goodnight has quite a few death scenes and most of them are quite awesome. I had a blast watching the killer Santa go to work on his victims as he takes them out in a number of fun and creative ways. We get some pretty brutal stabbings, a slit throat, a decapitation, fun with a crossbow, and my personal favorite, death via plane propeller. Santa isn’t playing around in this movie and is a pretty brutal and vicious person. Without a doubt you wouldn’t want him coming down your chimney on Christmas Eve unless you enjoy being hit in the face with an axe (which he does to one of his unfortunate victims in the movie). 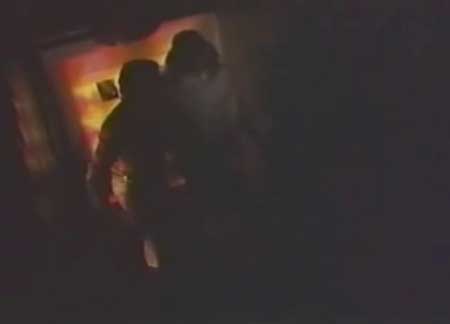 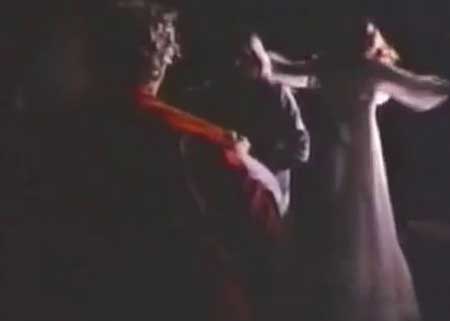 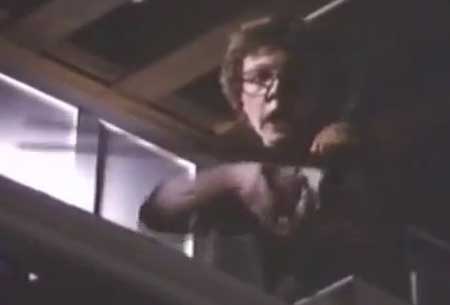 On the flip side the movie isn’t without its problems. Some of the scenes are so dark that I had no idea what was going on. I think that the filmmakers should have used better lighting in many scenes because there were several times that I couldn’t see a thing. I also thought that the acting was pretty bad for the most part and there were way too many scenes where absolutely nothing happens and we are treated to segments where people are just sitting around talking about nothing in particular that doesn’t really move things along very well. I hate to say it but I got a little bored when the killer Santa wasn’t on screen taking people out and even though I tried I just really didn’t care about any of the characters (with the exception of Melody as she was quite hot in an 80’s sort of way) so I wasn’t that upset when they ended up dead. I also feel like I have to mention the thing with milk as well.

I don’t know if the film was funded by the Dairy Farmers or America or what but if you played a drinking game that involved you taking a drink whenever milk is mentioned or someone is drinking it during the course of the movie you would be pretty hammered by the end (I guess the filmmakers wanted to get the message across that milk does a body good or something). 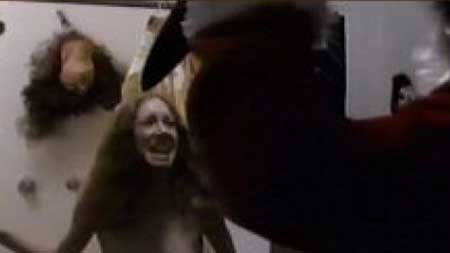 To All a Goodnight was pretty good and I did enjoy it but I couldn’t help but feel like it could have been better (especially because it was directed by horror icon David Hess). It’s a fun slasher flick with a nice little twist toward the end (that I honestly never saw coming) and some cool death scenes but it pales in comparison to other killer Santa movies. Check it out if it sounds like something that you would be into, you could definitely do a lot worse.