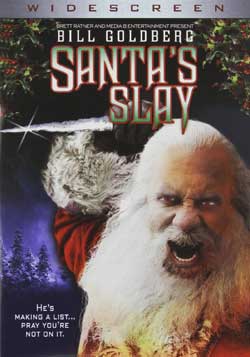 It turns out that instead of being the kind and jolly fat guy that brings us gifts each year on Christmas that we all love Santa Claus is actually pretty much the Antichrist. You see, after going on a killing spree back in the day he lost a curling match to an angel (yes, you read that right) and was sentenced to 1,000 years of being a nice guy as a result. Unfortunately for everyone he’s served his time and is now free to be his true self again, so he’s making up for lost time by killing everyone he comes into contact with in a number of bizarre and brutal ways.

Without a doubt there are a ton of holiday movies out there for every taste. Some people enjoy traditional classics such as Miracle on 34th Street and It’s a Wonderful Life while others prefer more modern fare like A Christmas Story and National Lampoon’s Christmas Vacation. If you’re a hardcore horror fan and these films don’t appeal to you during the holidays don’t despair as there are many, many Christmas-themed horror flicks around that will keep you entertained including Silent Night, Deadly Night, Black Christmas, and Christmas Evil. Santa’s Slay may not be in the same class as these classic holiday horror films but I think that it is entertaining in its own way and is definitely worth a look if you haven’t already seen it and are looking for a different kind of holiday film. 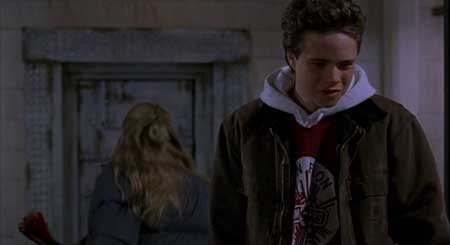 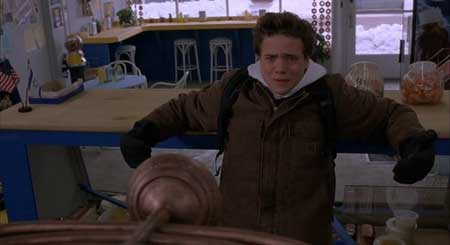 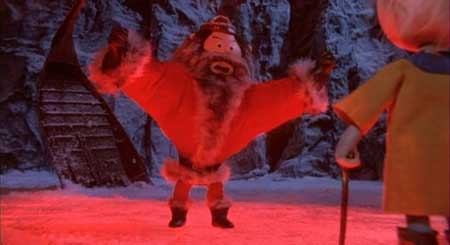 It is without a doubt an odd movie and while some people may argue that it tries a little too hard at times I have to disagree. I actually dig the premise and love the fact that it is actually Santa himself going around and hacking people to bits as opposed to just some ordinary guy wearing the costume. His origin story is weird as hell but in a way I think that it works. I thought that it was cool that the people behind it tried to do something a little different with the character and if you ask me making him an evil creature who loves to kill people was a great idea (I even liked the whole deal with the curling contest because it is just goofy and weird enough to work). For a demented person like me it was a nice change of pace to see Santa stabbing people to death with a candy cane for once as opposed to sliding down a chimney to deliver gifts to all the good little boys and girls of the world. I’ll admit that the plot is more than a little silly (boy, that’s an understatement) but that is part of the movie’s charm. 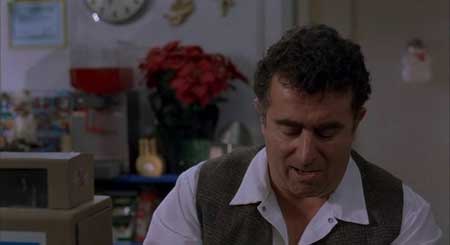 The best thing about the movie is Santa himself. He’s a pretty evil son-of-a-bitch (though honestly I think Santa was a bigger asshole in the classic Rankin Bass Rudolph the Red-Nosed Reindeer TV special from the 60’s that is on around this time every single year) whose greatest pleasure in life is killing others. He doesn’t mess around when it comes to taking people out and not only is he a brutal killing machine, but he’s also a creative one as well. He does some things to people that would make Jason Voorhees proud and I loved every minute of it. When I first heard that Bill Goldberg was cast in the role I had some serious doubts (I love wrestling but was just never really a fan of the guy as I always considered him to be a rip off of “Stone Cold” Steve Austin in a lot of ways) but much to my surprise he actually pulls it off with flying colors. It is obvious that he had a lot of fun playing the part and he does a bang up job in the process. After seeing this movie you will never look at Santa the same way ever again and part of the reason he is such a great character is due to the fact that Goldberg does such an awesome job. 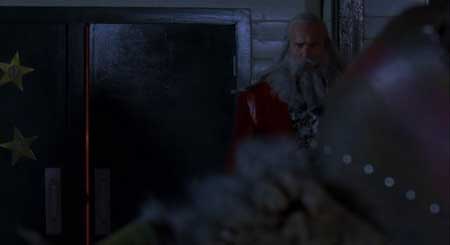 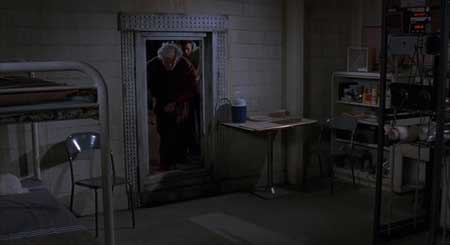 Another thing I dug about the film was the fact that it has a lot of some pretty cool death scenes in it. Just to name a few we get a man killed via a turkey leg crammed down his throat, a woman’s head set on fire, someone stabbed with a candy cane, and my personal favorite that involves a Jewish man being killed with a menorah. For a black comedy I was a little surprised by the impressive body count and loved the fact that most of the deaths were quite vicious and more than a little creative. The opening scene itself (which involves Santa completely destroying a family gathered around the dinner table in a number of awesome ways) is reason enough to this movie and is the highlight of the film in my opinion as it is just fun as hell and a great way to start things off. Don’t be put off by the fact that it is a horror/comedy because believe me when I say that it is a lot more violent and bloody than I ever expected it to be before I saw it. 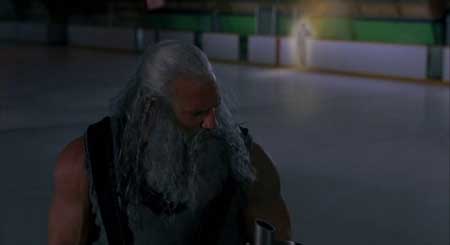 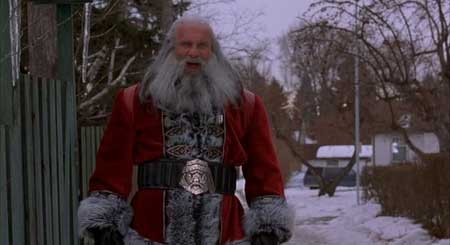 I enjoyed Santa’s Slay. I am a little surprised that it doesn’t have a bigger following as I think that it is a pretty kickass little movie. It isn’t perfect and there are times when it is a little too corny for its own good but overall it is just a fun, brainless movie that has a ton of violence in it (I also thought it was cool that there are several pretty awesome cameos by people such as Fran Drescher, James Caan, and Rebecca Gayheart to name a few in it as well). Give it a chance this Christmas, just make sure that you don’t take it too seriously or you won’t enjoy it at all.