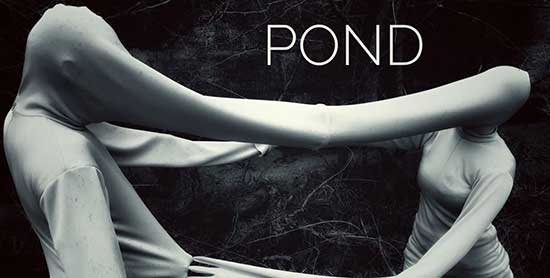 Anthropology professor was kicked out from his university for claiming to be on the threshold of an apocalyptic discovery. Someone or something is still interested in his work.

WARNING: Possible spoilers in this review, so please be aware if you read this before watching “The Pond”.

When you mention you watched a Serbian horror film to those who like horror, their first thought is that you saw “A Serbian Film”. While that particular movie has developed a bit of a reputation (whether it is deserved or not is up to the viewer), there are other horror movies made there.

“The Pond” is a 2021 release, directed by director/co-writer Petar Pasic. Remove any hope for gore or extreme violence. This film is not for those looking to test the limits of their gag reflex

A university professor has taken a sabbatical from his job. According to him, he was pressured out. Why? His research into certain patterns of events, trends, and statistics are leading him to believe that these occurrences are taking place for a very specific reason. He still maintains contact with his mentor who works at the university, even though his colleague questions his sense of reality.

But what is it all pointing towards? 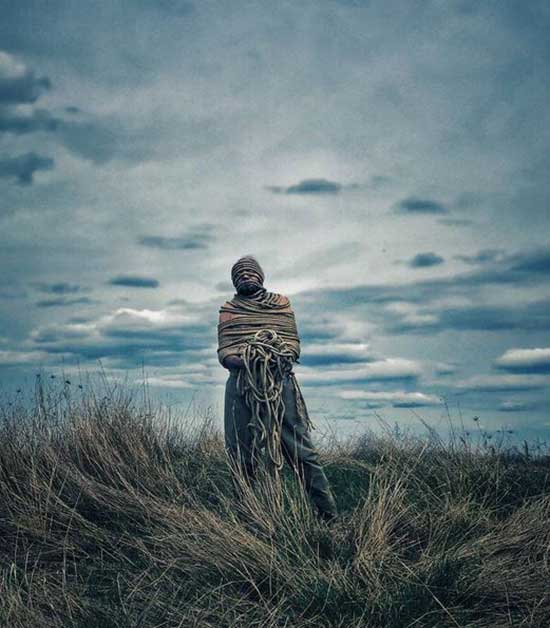 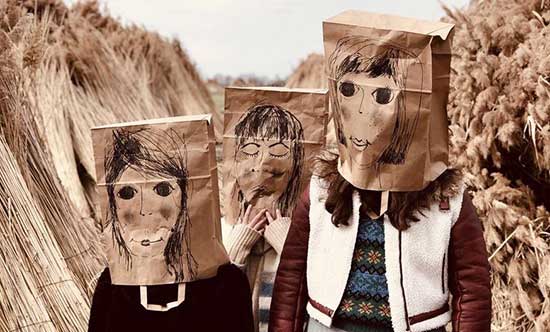 To continue his research, he spends most of his days visiting an inhabited island in the middle of a pond that circles the little, isolated community. There, he compiles evidence and sorts through it on his computer. Each day, he interacts with the very limited population. There is the sugary-snack-obsessed gent he plays chess with. The chess player’s two daughters torment each other and ask when will the professor bring his daughter so they can play with her. The community handyman is a burly guy with some serious anger issues. Last, there is the odd young man who ferries the professor across the water each day in a boat that is slowly wasting away due to neglect.

At home, he must face the ongoing loss of his wife while raising his young daughter and navigating his live-in relationship with a former student.

The film covers 7 days as the professor experiences an increasing number of strange occurrences that spread from the island and start making his home a source of discomfort and fear.

Without commenting on the film’s intent or purpose, it is safe to say that there will be folks who will end up putting this movie on with no volume, adding their own music, and kicking back to enjoy the rather creepy and odd visuals that pop up throughout the runtime. Visually, “The Pond” a wonderful film loaded with symbols and beautifully-framed shots. Even if the film fails in every other respect, you have to give the director and set designer credit for creating such amazing imagery.

Here is the issue with “The Pond”: For most average viewers, this is one obtuse beast that all but requires a good eye and fairly strong knowledge of Catholic/Christian faith. To get personal, this movie intrigued me to no end, but I came up with zilch as far as completely grasping what is going on, even when you are offered a bit of explanation at the end.

Off to them darned ol’ interwebs for a touch of research, and some of the film’s elements start to make more sense. Throughout the film, as we see the professor interacting with the mostly unusual cast of characters, the audience is shown little things about each person. A touch of decoration here, a mask worn there, or an unsubtle outburst elsewhere. Other than the professor, his daughter, and a freaky dude with a heavy-looking headdress, there are basically seven characters.

Hmm, seven, you say? What sinful things does “seven” bring to mind?

Once that part clicked, so did most of the film, given the slight explanation at the very end.

Does all the symbolism work to make the film worthwhile? Somewhat. It turns the movie into a weird mental puzzle, which can be fun. What isn’t as fun is the sometimes-awkward line delivery, which can lead a viewer to think the acting is off. Perhaps it is. Perhaps it is intentional, by the director’s choice. Another possibility is that some of the actors may have learned their dialogue phonetically, sounding out the words without actually speaking English. When this is done in other foreign films, it can either make a performance look bad or it can give a character a David-Lynchian weirdness. Here, it swings to the weird.

“The Pond” is what could be called a “deliberately-paced” film. Nothing is rushed. The movie can, at times, feel crazy slow and then dump you into a series of startling or awkward images that disorient the viewer. If you aren’t grooving on the imagery, then boredom can creep in.

Overall, “The Pond” worth checking out if you like mind games more than monsters and/or mayhem. Otherwise, just watch the highlight reel from “A Serbian Film” for your fix.