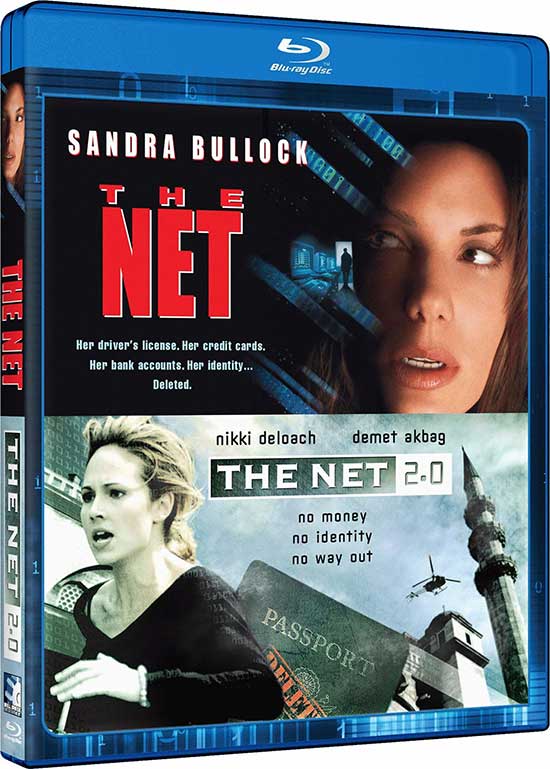 A computer programmer stumbles upon a conspiracy, putting her life and the lives of those around her in great danger.

1995, If you were around during that era, you fully well know that America was in our digital infancy. To give you some perspective, Google would not emerge until 1998. The idea of digital protection and terrorism was a hot topic that was becoming not only a basis for fiction films, but a reality of concern. Hollywood was just starting to push the idea into mainstream home viewing with several films of this time. 1992’s “The Lawnmower Man” was considered cutting edge with its high tech graphics. 1983’s “War Games” was the cult classic that poked at the idea of nuclear terrorism, or vulnerabilities rather, being embraced by a young teenager. And so that brings us to 1995’s feature, “The Net”.

“The Net” was an action thriller that would feature the then rising star Sandra Bullock in the role of Angela Bennett, a reclusive home-body computer hacker and digital virus systems analyst. Sandra Bullock had already been in the public eye making an earlier impact in her roles in “Demolition Man” and “Speed” (not to mention a hand full of romantic comedies that fit her endearing charms like a glove. 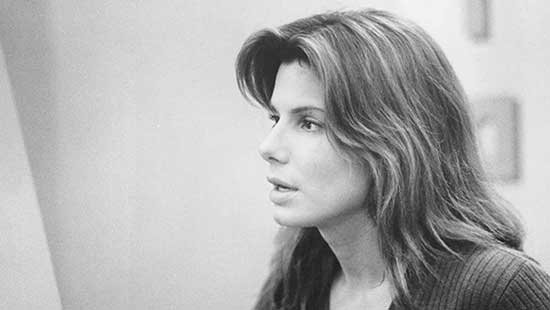 It was directed by Irwin Winkler who was an up and comer director toting numerous producer credits to his name. The idea and concept of “The Net” would ring a chord with audiences bringing in over $50,727,965 in domestic box office sales. It has since become somewhat of a cult film in the same way that it was very rooted in the fear and concern of its time. Most millennials these days would scoff at the idea of a film that boasts so many security concerns for its time in addition to the antiquated graphics and computer equipment used (not to mention dial-up!!). However we have to take a film in on its subjective nature that is tied with its release year. 1995 was that year and a major time for computer technology to dig its roots into what was to come.

Now for us older generations that appreciate this very notion, we are most likely to scoff at the fact that the lovely super model-esque Sandra Bullock is very much the opposite of computer hackers profiles for this time. Not to mention, that a woman as lovely as her would be dateless for so long (per the movie’s play on her lonely extroverted lifestyle of at home pizza deliveries signifying her lack of social life). Then we have the computer terrorist of the film Jack Devlin (clever play on the word devil) played by the James Bond-like Jeremy Northam who fits more of a Remington Steele persona than a hacker. Again some flaws in character profile, as we fully well know a super hacker would be an overweight-never-leave-his-office hot pockets eating kind of dude. But it’s all in good fun and makes for a good looking cast. 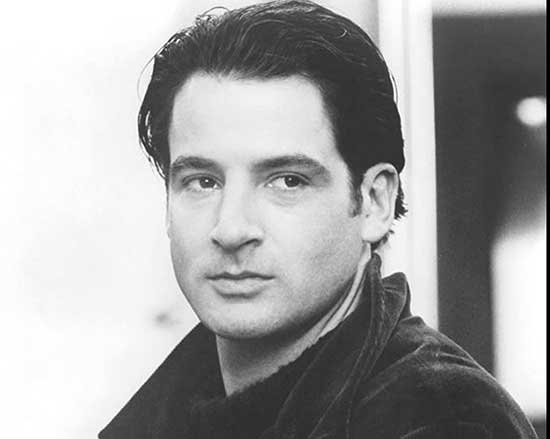 The film “The Net” pays on the fears of society suggesting that any one at any time could become erased and replaced with a new identity (did anyone question why Angela didn’t have a paper birth certificate she could call upon or some previous photos of her with friends she knew and knew her???) None-the-less, it made for a good thriller. We were all leaving the theater going, “ok how can I prevent this in my life and what would I do?” 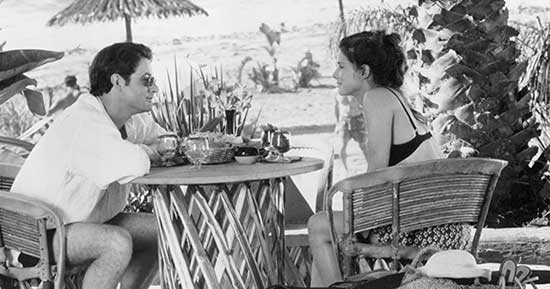 In the film, Angela is targeted when she discovers the game “Mozart’s Ghost” leading to a information portal per a questionable corner-of-the-screen icon. This is revealed as a direct portal into the “Praetorians” database, which in itself is a little confusing. The game wipes out a computer upon hitting the ESC key.

Now for us non-techs, the movie did its job at introducing some nerdy computer programming images and programs running to seal the visual believability. In fact. Angela’s checklist included “Bring 2600 Mag”, which was a hacker magazine during that time.

Angela works for Cathedral Software based in San Francisco. Her in demand skill set at the company has awarded her the luxury of a high paying position that utilizes her expertise in figuring computer backdoors. In short, she is very similar to experts of that era that are elevated on their computer chops (does anyone remember all the Y2K experts that emerged?) 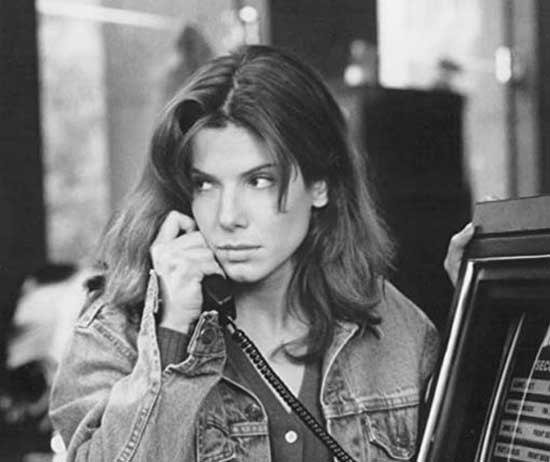 Angela exposes something that she shouldn’t and becomes an instant target by Gregg Microsystems and their cyber terrorist Jack Devlin. In short, they want their evidence and will stop at nothing including killing others, to get it. Angela herself becomes the victim of attack when Devlin incrementally begins to destroy her life and erase her identity (that is not until after having a 1 night affair with her). Her identity is reinvented under the guise of “Ruth Marx”, a fictional character that comes with a load of identity based baggage tied to her. 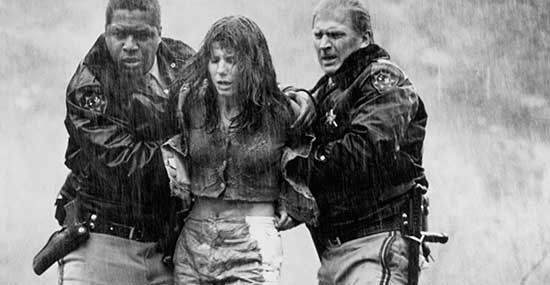 The plot is pretty apparent from the start suggesting that high profile Jeff Gregg owner of Gregg Microsystems, and the new cyber protection software “Gatekeeper” is not what it seems. This idea which presents itself as a reveal is pretty obvious from the first act. 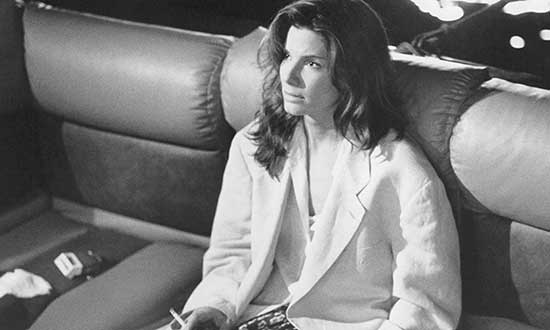 As it goes, the film runs its course between Devlin’s terrorism measures and Angela Bennett trying to regain her original identity back. The film plays out as expected keeping within the vein of action thrillers leading us to the resolve of Angela’s comeback and a raised bar on public identity protection. Years later technologies such as Life lock and Norton would arise out of this very notion. 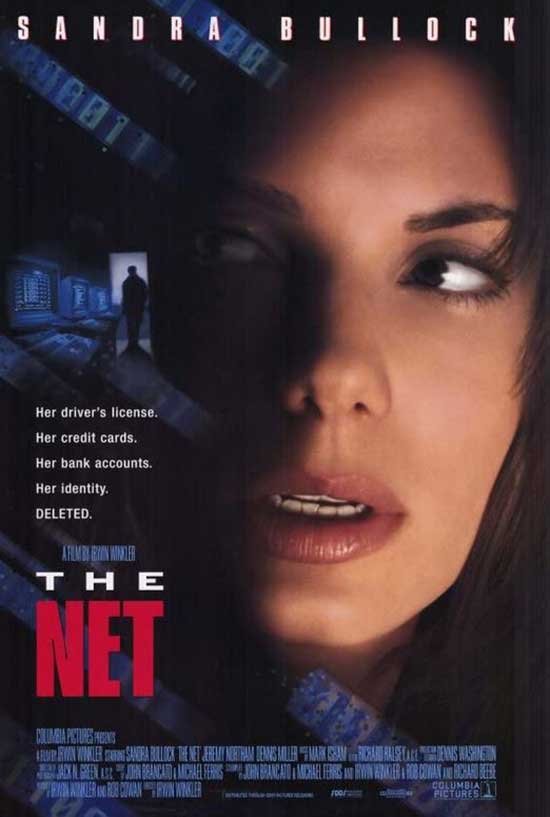 In summary, “The Net” is a film to be experienced and enjoyed. The movie previously had not gotten the respect it deserved leading up to Mill Creel Entertainment finally getting this cult classic out on blu ray. Speaking of, the film is now packaged in a double set with its lesser known sequel “The Net 2.0”.

Enjoy it for what it is, or if you simply love Sandra Bullock and want to see her in one of her better roles. Sandra Bullock enjoying the beach in her bikini is certainly worth the price of admission!! 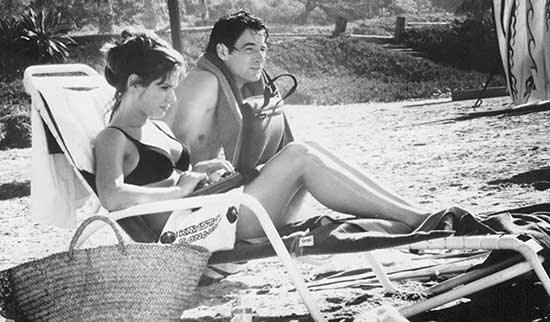 The Net and The Net 2.0 are now available on blu ray per Mill Creek Entertainment