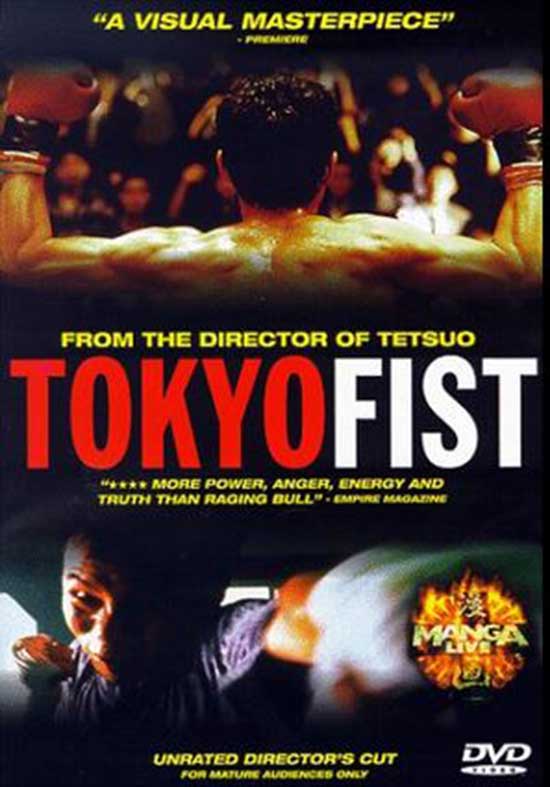 Suspecting that his childhood friend, a professional boxer, is having an affair with his fiancee, a businessman starts training rigorously himself in order to take him down.

Shin’ya Tsukamoto continues to explore the themes of metamorphosis, love and urban alienation in his 1995 boxing drama Tokyo Fist. It may not take the bodily transformations quite to the same extremes as his earlier escapades in the grimy world of cyberpunk, but nevertheless offers the same ferocious storytelling, with some extremely graphic violence thrown into the mix. 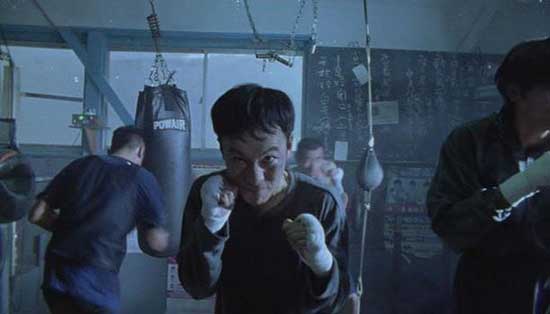 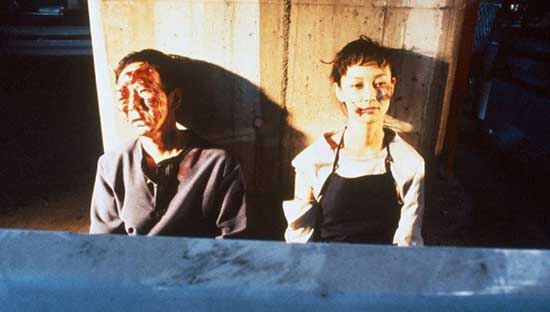 A mild-mannered businessman Tsuda (Tsukamoto himself) is contacted out of the blue by an old school friend Kojima (Tsukamoto’s brother Kôji Tsukamoto, a real-life boxer): a boxer and known womaniser. When Tsuda’s fiancée Hizuru (Kaori Fujii) invites Kojima over for some drinks, the already stressed out Tsuda descends into a spiral of violent jealousy, eventually resulting in Hizuru leaving him and shacking up with Kojima. Enraged by this, Tsuda takes up boxing and starts a furious process of training himself to fight Kojima. Meanwhile, Hizuru dreams of fighting in the ring herself, but when this dream is denied of her, she instead starts to modify her body with tattoos and piercings of increasing extremity. In the end this destructive love triangle of spite, jealousy, and anger boils down to a violent and shocking ending for all. 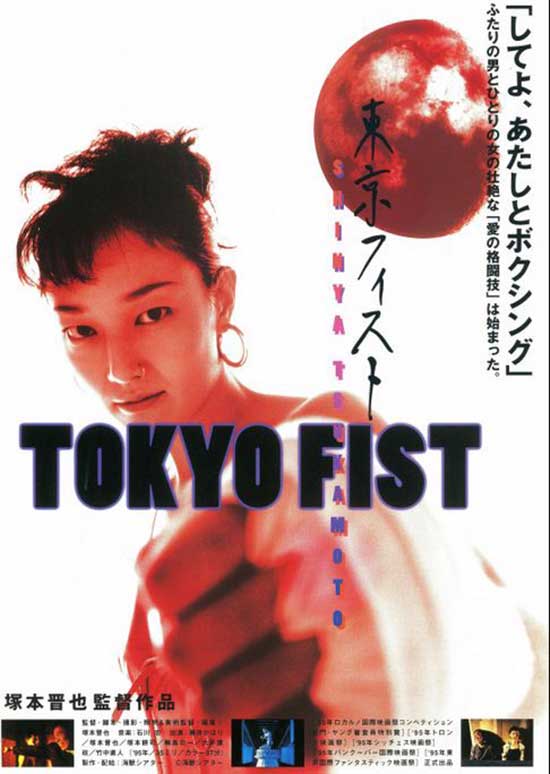 Tokyo Fist may be dealing with bodily modifications of more realistic type, but it still shares many of the same themes of Tsukamoto’s earlier cyberpunk works. In the centre of the story is once again a dysfunctional couple, whose mundane existence is disrupted by outside forces that challenge the characters to change their lives and transform into something new. In the background lurks a past trauma that works as the final catalyst for this dramatic change, giving the furious anger and violence a slightly more understandable motivation. The transformations Tsuda and Hizuru go through are not ones of technological nightmares but rather the carnal outcome of repressed anger, but the end results are nevertheless just as devastating and disturbing. 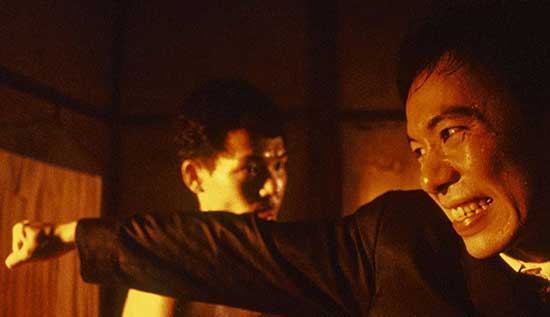 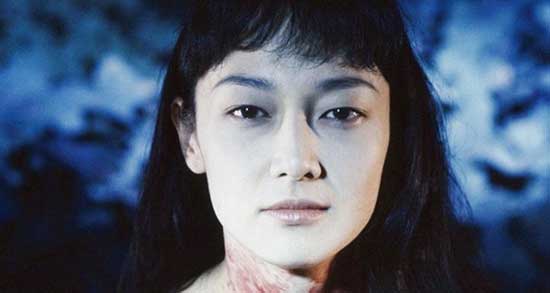 The gore is on occasions over the top, but only in a way that you would expect from Tsukamoto. It never feels unjustified or gimmicky, only symbolic; in the same way that his fantasies of flesh and metal have done before. The main focus of the story is not the final showdown between the two men, but rather the spiralling set of events these three are trapped in: the two men trying to prove their masculinity through physical strength and Hizuru finding liberation from the slot that society has pushed her in, through pain and self-mutilation.  Out of the three Hizuru ends up the one truly free, while the two men blinded by their selfish need to prove their virility through violence, end up destroying each other. 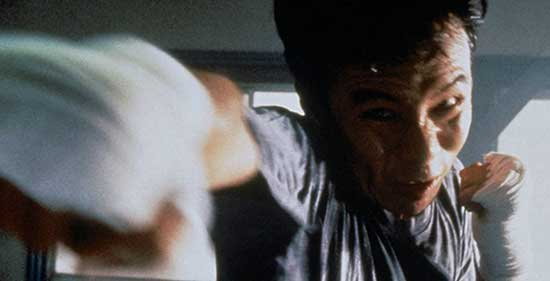 Stylistically Tokyo Fist is not quite as sophisticated an affair as some of Tsukamoto’s earlier works, but still includes many of the same cinematic tropes for which his work is so well known. The hectic editing, frenzied camerawork, occasional stop-motion cut scene and the intense way the actors throw themselves into their respective roles, are all easily recognisable trademarks of the cyberpunk master and make the director of the film glaringly obvious, even if you didn’t happen to know you were watching a Tsukamoto production. Instead of the usual monochrome tones, Tokyo Fist takes an advantage of the full colour palette with vivid blues and reds being the dominant tones, telling a story of their own. Colour seems like an integral part of the film, as it allows the scenes of bodily carnage to be seen in all their bloody glory, giving the protagonists plunge into the depths of destruction that much more effective. 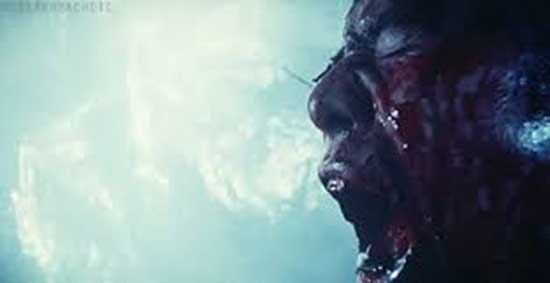 Tokyo First will not be everyone’s cup of tea. If you are looking for a straightforward drama about boxing, with a heavy focus on the sport itself, you might want to look elsewhere. If on the other hand you are looking for something slightly different in the Tsukamoto cannon, or even just in a realm of boxing cinema, I highly recommend giving it a go.