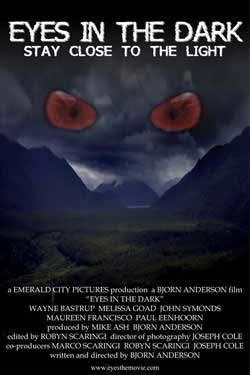 Secret video files just discovered on an FBI server prove that the government has been hiding unexplained disappearances and a dangerous presence in the Northwest wilderness. Seven students decide to vacation at a mountain lodge looking for relaxation, beer and maybe a dip in the hot tub. When they find a hidden cave and stumble on clues about an ancient legend, unsettling signs start to appear, and the lodge caretaker’s strange behavior suggests that they may have crossed a frightening force.

It seems like all my reviews are starting to sound the same lately. And the reason for that? 3 films this week so far have all arrived shot in POV camera style. If you don’t know what I mean, take a look at [REC]. That seems to be a good base for this way of shooting. I get it as a viewer. It’s the new wave of horror films with an emphasis on the “less is more” scenario. Show a little and let the reactions take over with hopes of stirring something more primal inside. Because of this, I also can’t say I’m not a fan of these movies either. The difference between one over the other is the level of tension that builds in the premise and narrative presentation. “Eyes in the Dark” starts with a not too unique idea of found FBI footage. At this point, I’m not sure which is the chicken and which is the egg as another film called “Evil Things” is almost an identical setup. Different context, but identical setup. 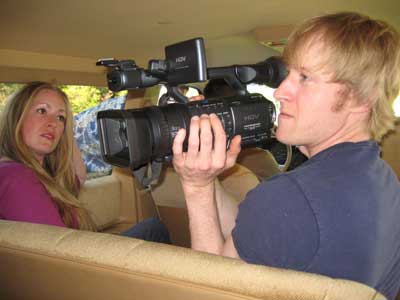 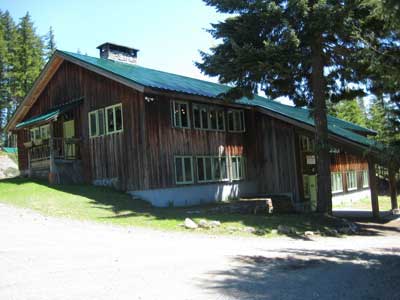 “Eyes in the Dark” really says most of what it is just in its title alone. This FBI footage plays between different cuts that shows moments documenting some kind of animalistic monster thing that has been attacking and killing folks. Kids are missing, campers are missing and the hills are alive with the sound of music. Our first ditty is about 2 documenters who are studying the lack of Doe activity in the woods. They come upon something they don’t recognize…..cut to next segment. There are hints of other segments but really the main one is a group visit to a cottage in the woods segment. The group of party goers and friends arrive as one of them  continues to document their weekend excursion. Really the object is not that interesting as much is just footage of the group hanging out. It’s when the Indian legend “things” come a calling that the heat is on. The owner of the cabin is an archeologist who is also studying the area for this sort of entity that he thinks may be causing all the reported disappearances. His obsessive clipping arrangement is proof of that but even with his knowledge it doesn’t seem to help matters much. The woods come alive at night as glowy eyed beasts roam through out. The beasts are not wolves, but more some sort of hybrid that we never really get a good glimpse of. Monsters are only secondary to the drama of the occupants who scream, shout, barricade and plead trying to keep from getting eaten. It’s all taken in stride and kept mostly in enigmatic format to draw upon a stronger audience engagement..

It’s certainly not horrible, and not boring, but if you are a pretty active horror fan it is extremely redundant. I don’t think viewers will loose any faith in the filmmakers effort, although I don’t think its gonna surprise many like the way it MIGHT have in the past. With SO many of these hitting the streets, the effect has begin to wear off if not entirely. We had REC 2, come out, we have Paranormal Activity 2 coming out, we just had 8213 Gacy House come out and ……well a bunch more that I cant name at the moment. They are all shot in the same fashion using different objectives. For a closing statement I’m calling this one effectively tense. Though the cheesy poster needs a major facelift. 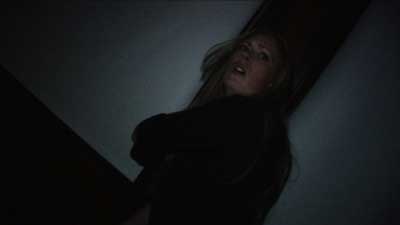 The Emerald Pictures Group is a pretty new production company with this being there first feature length horror film. I don’t want to shed any negative light on what they are doing, but rather just point out some of the obvious connections. The following is a blurb on the production that I discovered on there home page.

Shot hand-held in first-person POV style, Eyes in the Dark is an independent film that follows a group of college co-eds on a weekend cabin getaway in the Washington State Cascade foothills. Brought to you by the filmmaking team behind Warrior’s End, Eyes in the Dark combines the characters’ compulsive self-documentation and laid-back humor with the raw terror they uncover after crossing paths with an ancient evil. The filmmakers blended the improvisational talents of the actors with beautiful but brooding locations to create a vision that plays on the fear of the unknown. Set in a fictionalized area of the Cascade Range with a long history of legends and mysterious disappearances, the film quickly transports the audience to a place of excitement and terror. 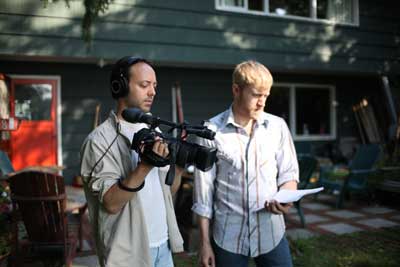 Shooting commenced in June of 2008 with principal photography of the college student storyline lasting two months. The search and rescue sequence, and the naturalist researchers sequence were filmed in the summer of 2009.

The film was shot on location in the foothills of the Cascade Mountains, at a large recreation lodge and the surrounding area. Sixty minutes east of Seattle on Interstate-90, the location provided the perfect combination of forested remoteness and accessibility to facilitate the making of the film.