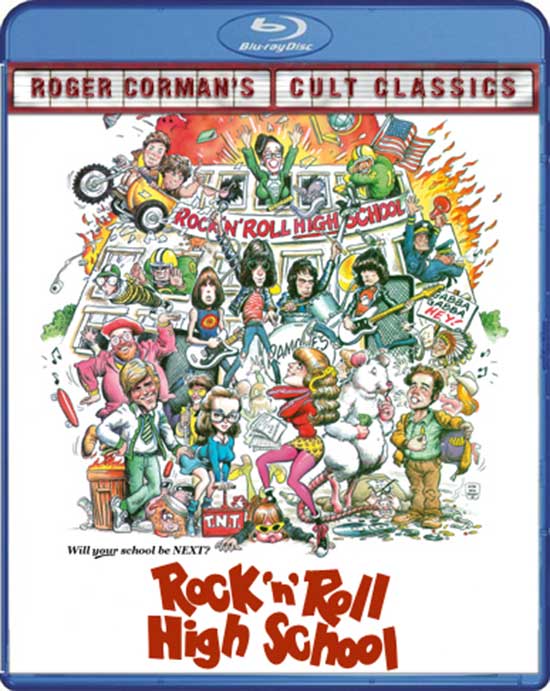 A group of rock-music-loving students, with the help of the Ramones, take over their school to combat its newly installed oppressive administration.

A true cult classic that deserves more credit that it has been given. “Rock ‘n’ Roll High School” is one of the end of 70’s music comedy pieces that sits proudly in its era driven period. It’s this quirkiness that would trickle over into the 80’s as an influential template setting the stage for later films such as “Xanadu”. Coming off the trends of films like “Roller Boogie”, “Grease” and “Sgt. Pepper’s Lonely Hearts Club Band“, it’s no wonder that films like Rock ‘n’ Roll High School made an impact. This high school driven trend would blossom into other cult films like the much loved 1983’s “Fast Times at Ridgemont High”. Several other movies would additionally drive the 80’s taking on the rhythm (without the musical aspect).

Though if you were to ask me what was it that made “Rock ‘n’ Roll High School” really was significant, I would have to say the acting performance of P.J. Soles and the iconic centerpiece for the whole film, the punk music group “The Ramones”. So much that they spawned some of their greatest hits from the appearance and inclusions that arose from this release. 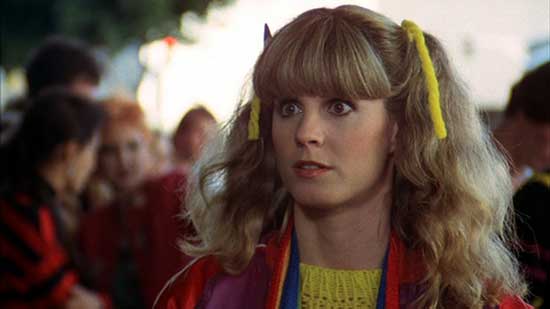 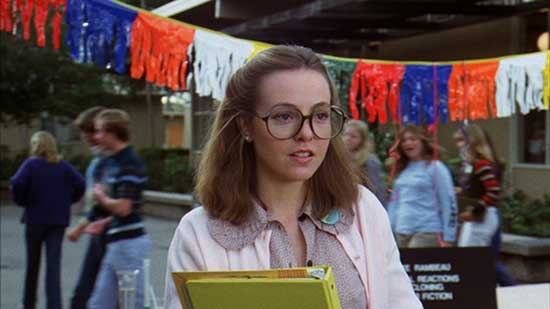 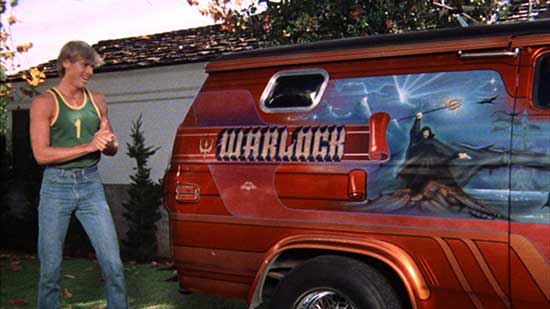 The Ramones song “I Just Want to have Something to do” plays out midway like an 80’s rock video adding a special charm to the film. It would be remembered as one of the key film highlights marking the official arrival of the band as part of the key characters to the film.

In reviewing, I had forgotten much of Rock ‘n’ Roll High School’s original premise and presentation. It was the review of its 40th year anniversary release from Shout Factory that reminded me of the great corny lines weaved through out that contributed to its appeal. I was also reminded that the film is literally a rock concert / tribute to the band “the Ramones” offering them more screen time than they probably received in their entire career. Each scene either features the Ramones or some version of a Ramones song offering countless product appearances of their most famous album releases. If the music doesn’t implant permanently into your psyche then the promotional Ramones posters in every other scene will. 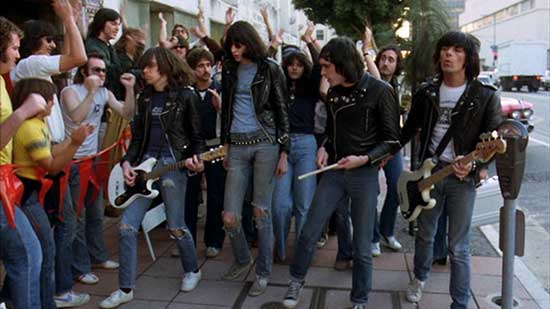 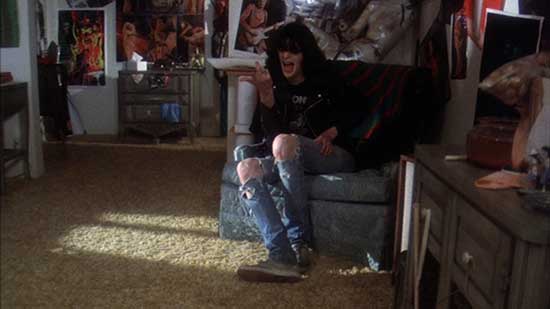 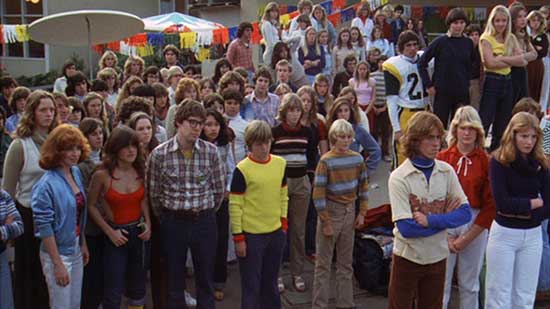 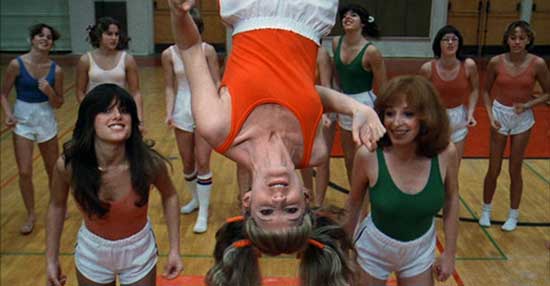 In research, I learned that the original script was written to include several more scripted dialing scenes from the band but were scrapped due to this unique punk group’s inability to act on screen. This while unfortunate did not surprise me. The Ramones were at their best when on stage and performing rather than trying to acclimate spoken lines into a 70’s high school movie.

The film is not without its sum of great character parts. Clint Howard as the bathroom business Eaglebauer was absolutely hilarious adding extreme charisma to the movie with the lovely Dey Young as the equally charming Kate Rambeau. Actress Dey Young would go on to have an extremely illustrious career with a collective of movie, short films, and TV series roles to her acting resume. Rock ‘n’ Roll High School was Dey’s first on screen acting performance, but memorable enough to catapult her career. 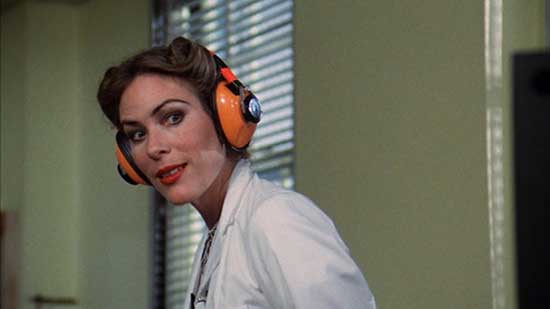 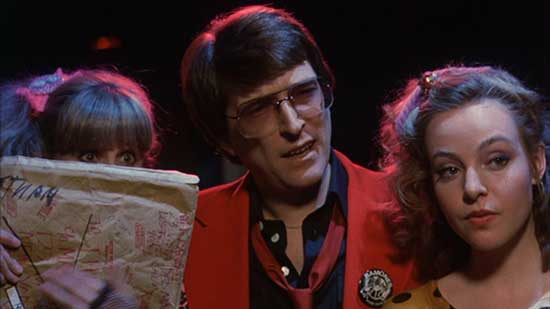 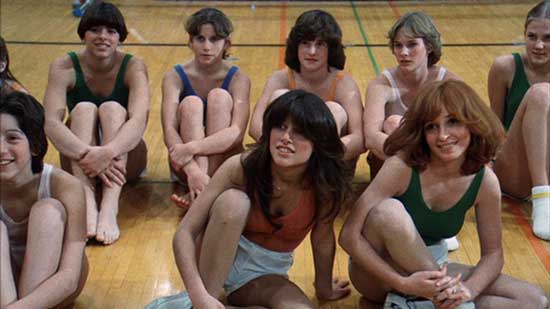 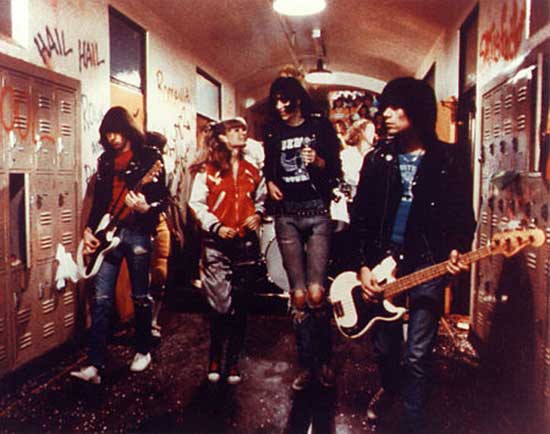 Vincent Van Patten was additionally iconic in his cheesy performance of Tom Roberts, the high school heart throb/geek. His line about “raining cats and dogs in Idaho” sticks with me to this day, as one of the cheesiest but funny lines from teen-marketed high school films.

This style of rock music combined with cinematic visuals would also become an 80’s mainstay for new MTV releases marrying the elements of acted parts against visually narrated music tracks. Evidence of this can be seen in the success of music videos such as Twisted Sister’s 1984 videos of that era. The list goes on however it was clearly a trend that would became the norm for acts such as Van Halen, Ratt, and Def Leppard. Rock ‘n’ Roll High School survives to this day for its offbeat musical film style rich in rock punk music tracks. 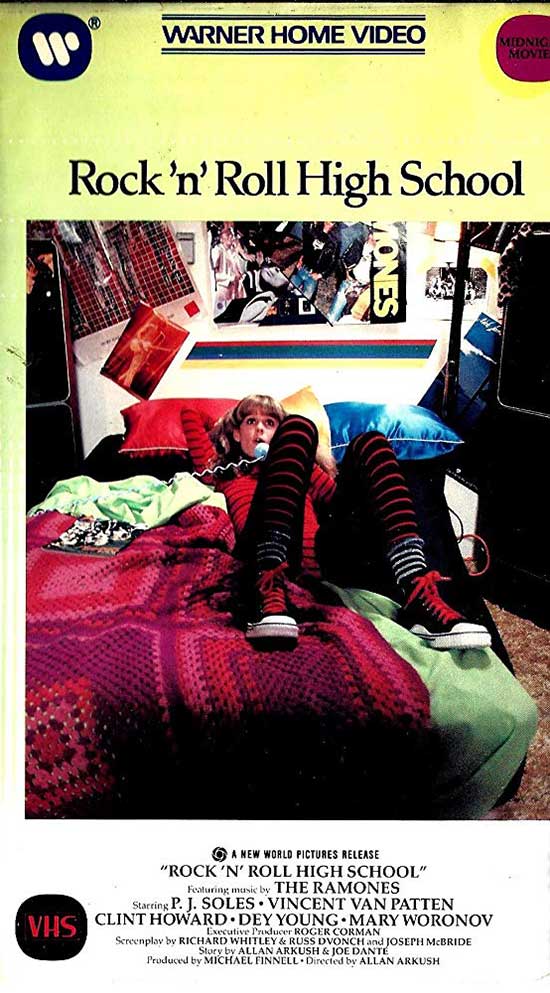 Highlighted personality Joey Ramone would later die in 2001 before turning the age of 50. While it was devastating to lose our “godfather of punk”, it is films like this that keep his memory alive. Truly a great performer, Joey helped to secure a place in cult film history with Rock ‘n’ Roll High School”.