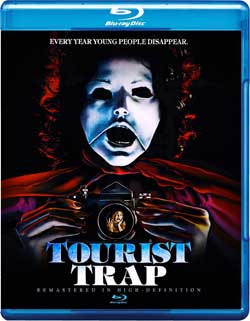 A group of young friends stranded at a secluded roadside museum are stalked by the owner of the place, who has the power to control his collection of mannequins.

“Tourist Trap” was one of the sole reasons I took a renewed interest in the films of the 70’s. 1979 to be more specific. “Tourist Trap” is best described as fragmented and bizarre (however after a few viewings, I began to formulate its logic). The bizarre aspect is most haunting for anyone who has never experienced this classic but odd creation of a movie. “Tourist Trap” is also one of the great slasher films that uses style and impact over the cliches of mysterious knife wielders. 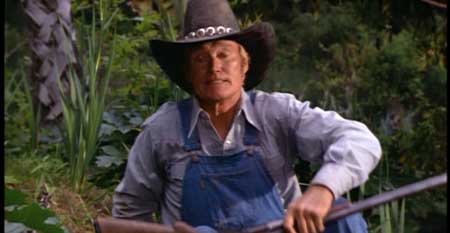 If mannequins or things that resemble mannequins scare ya, then you’ll surely get your fill. You may have noticed the talent behind this picture. There is the culty favorite Chuck Connors (also from cult fav “Soylent Green”) and a surprise retro performance from well known model actress Tanya Roberts (“Charlie’s Angels”).

With its opener falling into the much familiar routine of “traveling group with car issues”, “Tourist Trap” establishes itself as one of the earlier influences contributing to this scenario. We would learn that films like “House of Wax”, “and several others over the years would share in this similarity. However, this is also where the connection stops as “Tourist Trap” proves to be one of the most bizarrely themed films to ever arise.

As our introductory tire-treading-boyfriend rolls his way over to an abandoned gas station, he is attacked and overtaken by a serious of puppets and mannequins parts flying at him (ya..its quite weird…but also a bit unnerving)

Our stranded female is quickly joined by a few other friends, all of whom head to the nearest off road …tourist trap. This one has a name burnishing the sign “Slausens Lost Oasis” 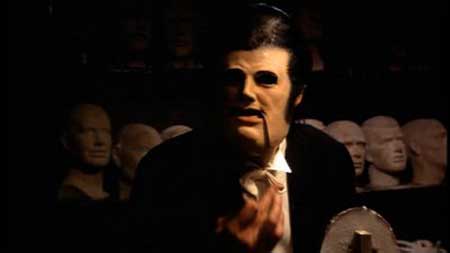 It is here that they encounter the accommodating but slightly offbeat Mr. Slausen (Chuck Connors) who invites them to hang out at his in-process tourist establishment. They quickly notice the excess of mannequin figures that at first seem to be all a part of the work in progress. A large and quite beautiful house sits behind that they are warned not to venture to at night.

This proves to be only the bait for a reason to explore with a few of the group becoming victim to a house of mannequins controlled by a psychic slasher. One thing to take right in is that our villain of the film has supernatural powers enabling him to control objects with his mind. This point is sometimes a bit confused with a sort of haunted mannequins approach that while sometimes are controlled …sometimes are not. Our masked invader has a need to turn everyone into mannequins, while approaching those he does with an eerie plastic mask giving the film its own “eerily influencing” look. 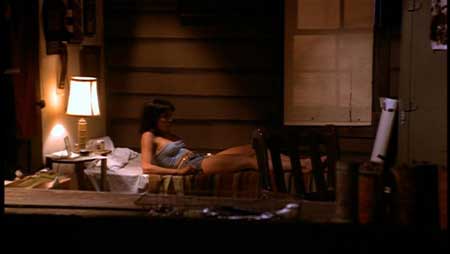 As the story evolves, it never fails to instill a solid portion of creepy with its mannequins heads and figures appearing thru much of the movie. I felt though that the movie should still be explained for those first timers who might miss various aspects. Obviously Mr. Slausen has gone insane after the death of his wife. Being far from the “road most taken” (it was explained that the highway construction had taken a toll on his business), Mr. Slausen surrounds himself with mannequins and memories. The details of his missing brother are also commented on.

Mr. Slausen, for whatever reason possesses this ability of telekinesis. Now, advanced telekinesis involves moving things with one’s mind in addition to influencing one’s mind. When we hit the 3rd act of “Tourist Trap”, Mr. Slausen is already full into playing mind games with the guests. This comes in frightening scenes where he reanimates mannequin heads or influences them to lunge forward. We also get to a point where mannequins are being seen as real people, if only for a short duration. Mr. Slausen, has mastered a certain influence that tricks a few into thinking they are talking to now long gone friends.I think alot of this is played really well, but upon first viewing seemed like the filmmakers were just winging things. 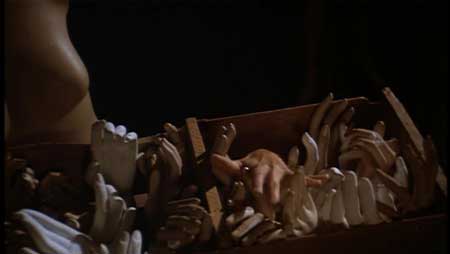 “Tourist trap” biggest flaws in logic tend to contribute to its own weirdness almost relishing in it by keeping its holes apparent rather than bothering to cover them up. We are never really privy to obvious details which could fill these holes, which might slip by for those less astute. 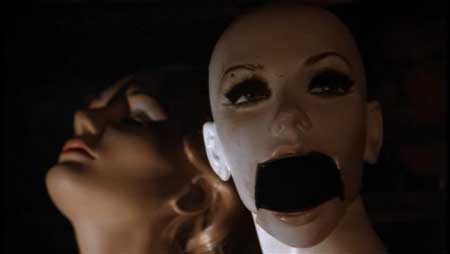 The film has its share of silliness though it still manages to stay pretty effectively creepy. While most of the actors are forgettable, Tanya Roberts is the prize takeaway looking hotter than ever in her daisy dukes. Tourist Trap holds a special place within the 70’s classic horror films. There is an obvious influence here that mirrors aspects of “Texas Chainsaw Massacre“, however “Tourist Trap” is also very much one of a kind. I highly recommend the film with the advice that you need to leave your logic at the door.

Tourist Trap  is now available on bluray per Full Moon 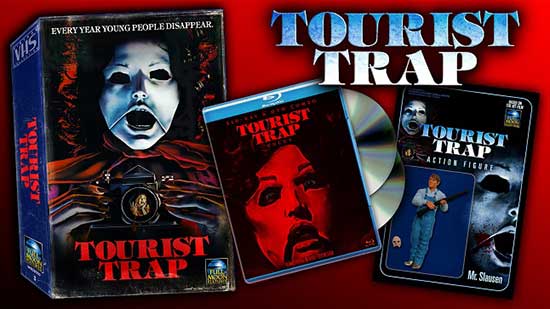 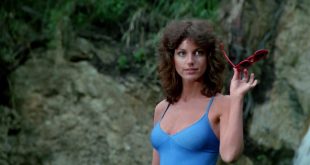 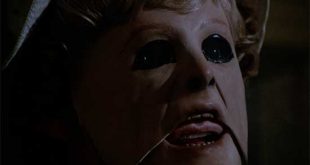 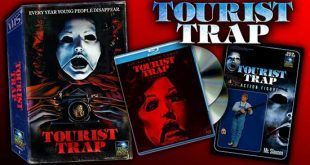